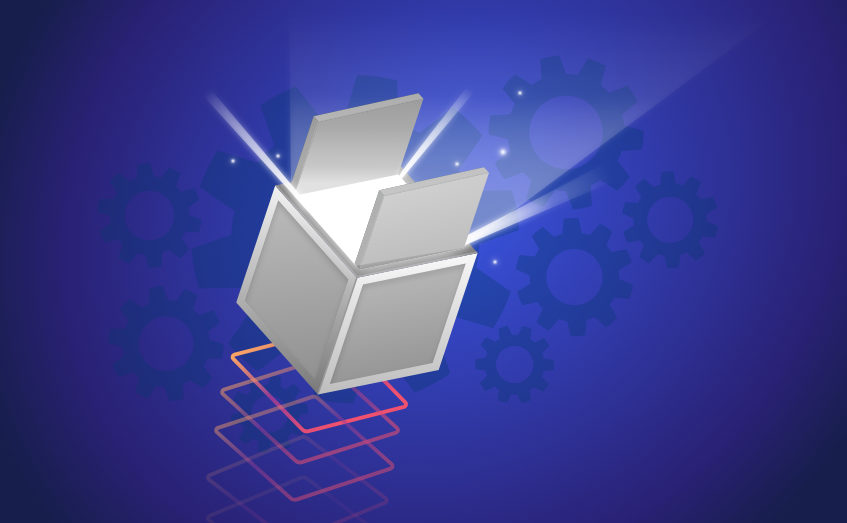 We all are familiar with black box and white box testing and have spent years doing them. Both of these approaches have their own shares of merits and demerits, and testers have learned to live with those.

Since everything is changing so fast in the technical world, gray box testing now has a center place due to merits of both approaches, and the removal of most of their demerits. In this blog, I will walk you through all you need to know about this type of testing.

So what is gray box testing?

It is a perfect cocktail made by mixing the advantages of the white box & black box testing 🍸 The tester not only tests the functional flows as if doing black box testing, but also has a partial understanding of the SUT (System Under Test).

While it keeps the basics of black box testing intact, the tester also develops a partial workable knowledge of the underlying code and architecture. Hence it is called “gray box” as the approach is between black & white box testing. It presents the system as a semi-transparent (gray) box through which they can partially see into its inner workings.

Gray box testing is a good way of finding security flaws in programs. It can assist in discovering bugs or exploits due to incorrect code structure or incorrect use of applications.

A gray box tester takes the code-targeted approach of white box testing and merges it with the various approaches of black box testing, like functional testing and regression testing. The tester assesses both the software’s internal workings and its user interface.

The tester has a hyperlink to test. The table below summarizes the three types of testing and the steps taken:

How gray box testing is performed

Here, the test cases are designed while keeping in mind the application architecture and understanding of its behavior in different situations. Following is a brief summary of the steps to be carried out:

There are 4 key testing techniques that classify as gray box testing:

A comparative study of the three approaches 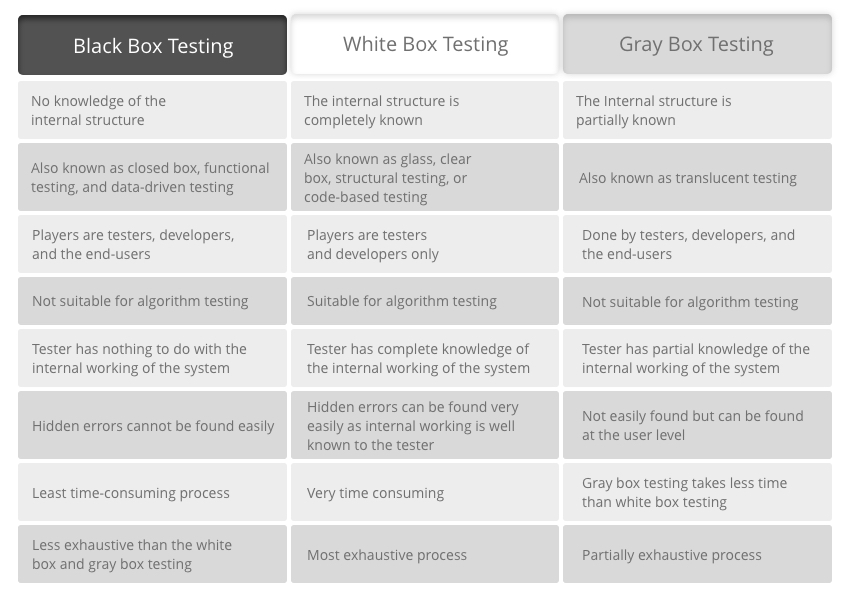 The gray box technique is a powerful one to ensure the software developed is safe, secure, and reliable. It tests functional aspects from UI as well as code levels. It also offers a common approach to testing as it combines the best of white and black box testing.

What are your thoughts on the gray box technique? Let me know and feel free to add any advantages & disadvantages ✨