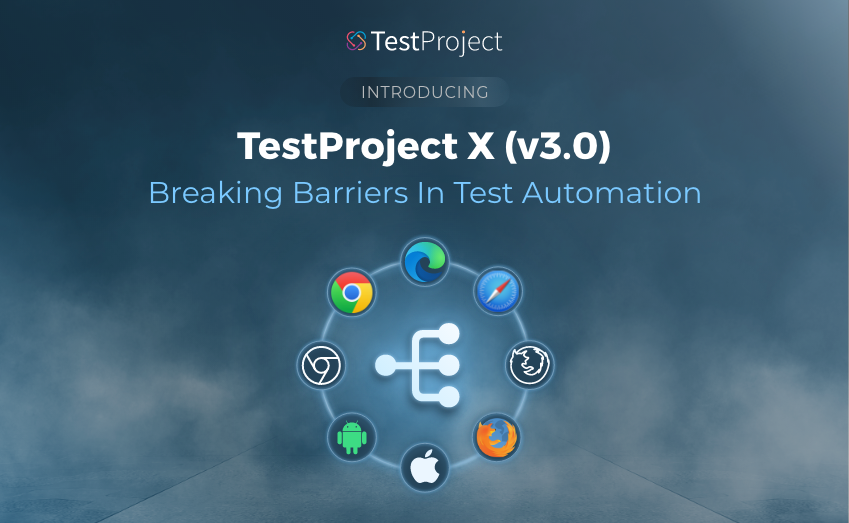 TestProject 2.0 NextGen was just a minute ago, but we’re back with another major release: TestProject X (v3.0) 🎈 This exciting version breaks some of the biggest barriers in test automation today 🔨 As it provides two of the most anticipated feature requests that came from you – our amazing community 🌟

Starting from TestProject 3.x you now have the following powerful capabilities:

The big TestProject X reveal webinar on June 22nd was on FIRE 🔥 It was super exciting to share it with you & your feedback was incredible! Get the presentation slides here and check out the full recording below!

Parallel Execution on a Single Agent

Before the release of TestProject 3.0, each Agent could run a single Test or a Job at a time (also known as serial execution). When an additional Test or a Job was submitted, it was placed into a queue and sent to the Agent after the last reported that it’s idle.

Starting TestProject 3.x, a single Agent can execute more than one Test or Job in parallel (also known as parallel execution). This can be either multiple tests on one or more browsers or devices, multiple serial Jobs, or multiple parallel Jobs. This all occurs on-premise and without any complex configuration of 3rd party tools (such as Selenium Grid or Dockers) and without any 3rd party integrations to device farms (Sauce Labs/BrowserStack).

Besides being able to run multiple Tests and Jobs in parallel, TestProject provides multiple parallelization options: 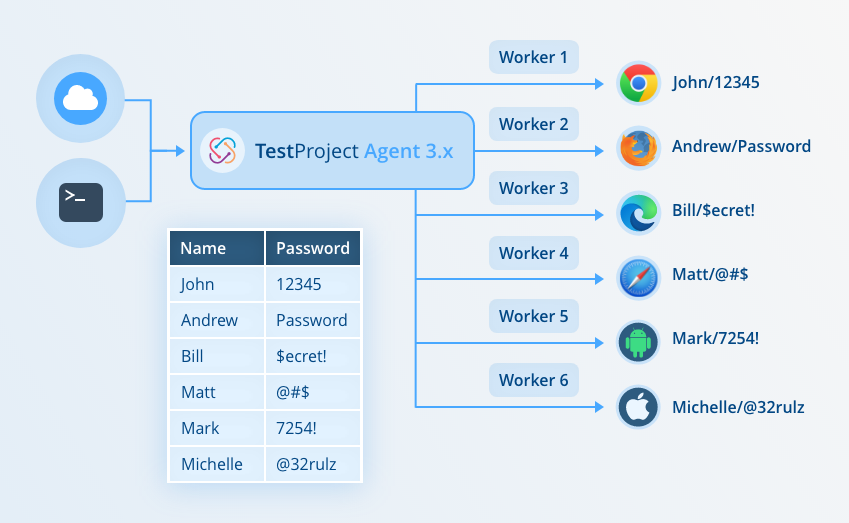 What is Parallel Execution and its Benefits?

Parallel execution is a test automation method where test cases are simultaneously run on multiple combinations of browsers or mobile devices (including Android emulators and iOS Simulators). Parallel testing increases the testing coverage and allows faster time to market. With this parallel execution capability now introduced in TestProject v3.0 you can benefit from the following, using just a single Agent, all 100% free:

In TestProject a parallel task on a single Agent is called Agent Worker. It can be a test/job execution or a recording session. Running tests and jobs in parallel requires additional resources and capabilities from the machine they are running on. On a standard desktop configuration you will be able to execute 3-4 workers simultaneously, while on a high-end desktop configuration you can execute 8-10 workers, which can speed up the testing process anywhere between 3x to 10x!

To fully comprehend the power of parallel execution, let’s also understand the difference between parallel execution vs. serial execution. Serial execution is a method where tests run one after another, meaning that a previous test must finish before another one gets started. When a test execution time on average is 1 minute, executing 10 tests, with different parameter values (data-driven testing), will require 10 minutes! So, you can only imagine what happens when you have thousands of tests, right? 😨

Meaning that with parallel execution the time spent can be up to 10x less than serial execution (when using 10 workers for example)! Using serial testing method makes it impossible to achieve complete coverage.

Luckily TestProject Agent 3.x acts as a worker lab, providing the power to execute tests in parallel on a single Agent, saving up a BUNCH of time! 🎉

To dive even deeper and see how easy it is to get started, here‘s a detailed documentation for parallel execution with TestProject.

Below is a comparison between Selenium Grid vs. Docker vs. TestProject 3.x: 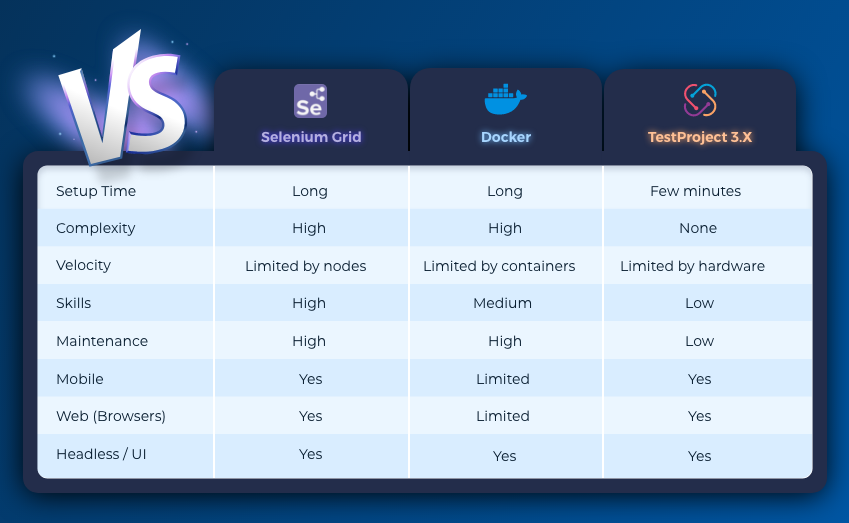 In addition to the parallel execution capabilities, TestProject X also includes a brand new GitHub integration, enabling you to now benefit from version control and access previous versions of your tests. Each change that you make in your test, will automatically be stored and documented so you can seamlessly keep track of your progress.

With this integration you will be able to:

To dive even deeper and see how easy it is to get started, here‘s a detailed documentation for connecting TestProject with GitHub.

Ready to take TestProject X for a spin? 🎡

Taking advantage of these new capabilities couldn’t be easier. Simply create a free TestProject account (if you don’t already have one) – and you’re in! If you have any questions, feedback, or need help getting started, please don’t hesitate to contact us at any of our support channels, we’re always happy to help you.