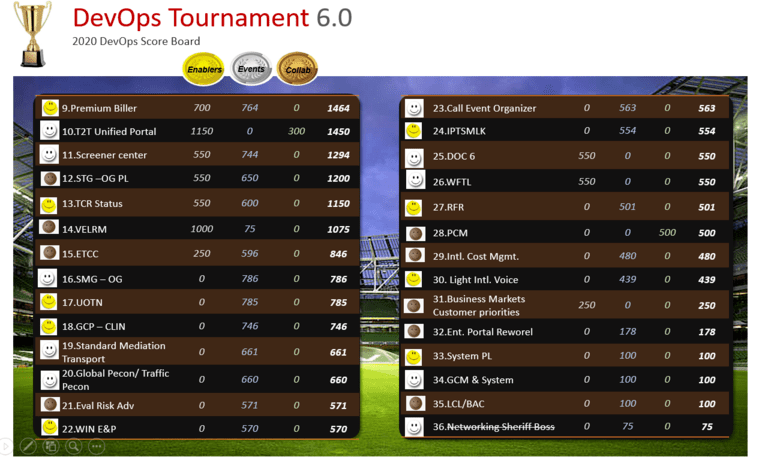 A continual problem that we must deal with when we run automated tests in our DevOps pipeline is maintenance. I could spend hours sharing posts and blogs about this matter, telling stories about how it affected our team’s capacity and time to market, and giving you several examples of what teams have done to sort this problem out. In fact, all the effort that we invest in maintenance is not visible to the business stakeholders’ eyes. Maintenance consumes our team capacity, but it does not add value to our clients directly.

In one of my jobs, we faced this problem on a large scale. We had an average of more than 1000 automated tests running at each code check in, plus one big run at midnight that we called full regression. Our suites were organized in those levels:

Those testing levels were our creation, but we used the great lessons shared in this book that I recommend for any team looking to build their testing strategy.

After each run, we noticed that 80% of UI and regression automated tests failed due to fake failures. After reading my numbers, you might say: “If you automated crap, you will get crappy results”, and that is correct — but please remember that we were building our automated test suites, with a continuous testing approach and DevOps mindset and pipelines, so we were trying to fail fast, learn and improve. First, we decided to analyze our test results and data, so we collected all the information that we got from our test runs and analyzed 🕵️‍♂️ We discovered that our tests failed because of these main reasons:

We had to make a decision. We had invested a lot of effort in test automation, and we were the product team with more automated tests compared to the rest of the product teams globally in the company. This brought us attention from lots of managers, who were keeping their eyes on our DevOps and test automation activities 👀 In addition, we were participating in a DevOps competition which involved all the IT teams of the corporation.

So, we decided to invest time to get the failed tests in good shape and have them passing in the pipeline. We called this mindset: “Keep them green and running” 🚦 We communicated this effort to all the product teams. We asked the Product Owners to consider maintenance time as part of their team capacity, include tasks for this purpose, and keep it part of their definitions of “ready” and “done”.

Unfortunately, we did not achieve the goals we had hoped for. We still had the same test results, with more than 80% of tests failing. In almost every case, they were fake failures that meant that the tests were stopped long before their last steps. To sum up, the rest of our results were not accurate at all and did not bring confidence to our teams — which is something critical in test automation.

Thinking Outside The Box

We needed to try something different. After some discussion, research, investigation and thinking out of the box, we decided to use gamification to keep our tests in a good shape, running and be green. We named the game “Game of Testing” and we established some critical points about it:

🎲 The game was quite simple: 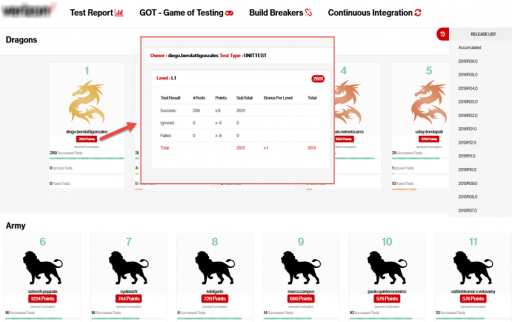 This approach helps us a lot to decrease false positive runs and keep the tests up and running in the pipeline. We decreased the number of 80% of failed tests to only 20% in approximately three months and our numbers have continued decreasing. Furthermore, people had fun while playing the game and they internalized that quality can be fun and not boring like usual maintenance was.

While we got several criticisms about our failing tests at the beginning of our efforts to improve them, and people lost trust in our quality assurance process, we didn’t give up trying to fix the problems. In fact, it motivated our team to think out of the box and turn this problem into a useful and fun project. We spent several hours investigating continuous testing, scripting, and related topics. Besides that, we wanted to do something different, something that motivates other team members to join.

Gamification can provide that motivation. You may not achieve desired results immediately, but if you prepare your environment and involve everyone in trying potential solutions, the game will give you results for sure. If you address the test issues you can get them to pass or fail, but if you involve and motivate people to work on problems together, you always win and have fun 🏆 I recommend you try gamification to sort your problems out, you may be surprised at the results!