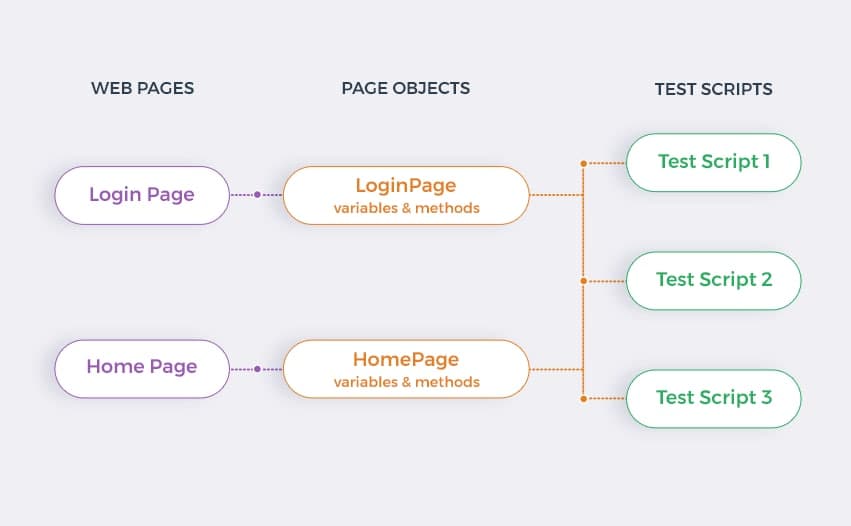 By the end of this article, you will read about the benefits of a POM, TestProject’s OpenSDK, Selenium Locators, and JUnit 5.

A Page Object Model is a design pattern with classes that represent each page of an application. It can also represent components within a page. For example, if an application has a Login Page then the Page Object may have a LoginPage class. After creating a Page Object class, each individual test script has access to the class. All test scripts are stored separately from the variables and methods. Here’s a screenshot that shows the Web Pages, Page Objects, and Test Scripts: 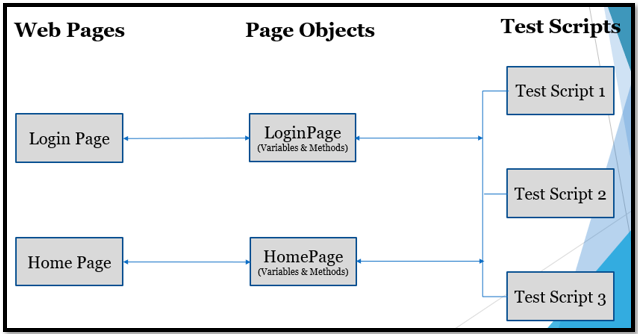 The results from a Page Object Model greatly outweighs a plain vanilla test. A vanilla test has everything like locators in each test script. Therefore, if a change happens in the Application Under Test (AUT), then each test script requires an update to its locator. This approach defeats the benefits of a Page Object Model such as code maintainability.

It’s time-consuming to update the locator in multiple test scripts. Can you imagine how long it would take if the AUT had more than one change? 🤯 That means each test script demands multiple updates for successful execution. However, the Page Object Model only requires an update in one place ✅

The OpenSDK from TestProject is a complete coding solution for Test Automation. It’s unified across multiple programming languages: Java, C#, and Python. One of the benefits is an extension of Selenium and Appium. The standard Selenium and Appium drivers are wrapped within TestProject’s powerful Agent that takes care of all the maintenance & heavy-lifting for you, while extending Selenium and Appium with additional features, such as AI and automatic out-of-the-box reporting.

Selenium is designed for web testing while Appium is built for mobile testing. Therefore, the TestProject OpenSDK possesses the ability to test web and mobile applications. It’s comparable to getting the best of two worlds, plus additional features like API testing. A few more benefits include:

TestProject has several built-in test report dashboards (Velocity, Distribution, Platforms, Trends, Targets, Individual Run) and an API to get the report. We can manually create a test report or automate the report into our Continuous Integration (CI) pipeline. When it comes to logging, TestProject uses an SLF4J API. We can implement Log4j, Logback, or Java Logging to control the logging output. The following is a screenshot of CI/CD using TestProject OpenSDK: 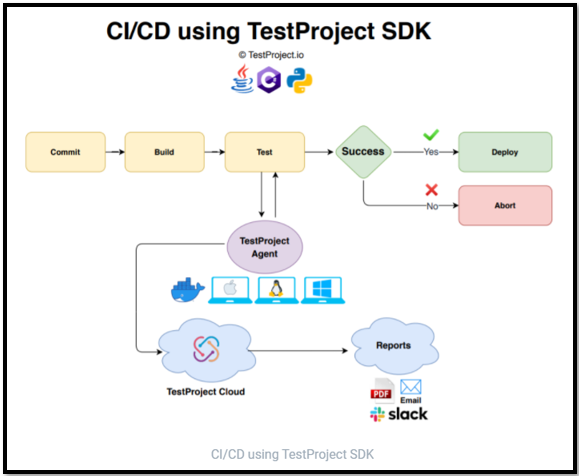 With the release of Selenium 4, Relative Locators are added to the existing 6 locators to find elements based on the location of another element:

Although there are many Selenium locators, the benefit of using CSS Selector or XPath is their flexibility. They provide different options for finding an element. As a result, we can locate complex elements like dynamic elements. A dynamic element is an element with a continuously changing value upon reloading the web page. We can locate elements that start with a specific value, end with a specific value, contain a certain value, and many more complicated elements. The following are CSS Selector and XPath syntaxes that can also be downloaded via the below Cheat Sheet 😉

JUnit is a Unit Testing Framework that’s part of the Test Automation Framework. The goal is to provide a way for testing our code. According to the User Guide, JUnit 5 is unlike previous versions. JUnit 5 is composed of several different modules from 3 different sub-projects. The sub-projects are JUnit Platform, JUnit Jupiter, and JUnit Vintage:

Some of the benefits include code quality, debugging process, and locate defects early. Code quality impacts the overall quality of an application. Therefore, JUnit ensures the code is reliable and testable. The debugging process helps us detect and remove defects in our code. It is important because we can prevent unexpected or incorrect software operations. Last but not least, is locating defects early in the Software Development Life Cycle (SDLC). This benefit produces additional benefits such as reducing business risk, reducing cost, and improving application security. Eliminating a defect early is better than waiting for a problem to occur in production.

An example of a Test Automation Framework will be next. Stay Tuned 😊