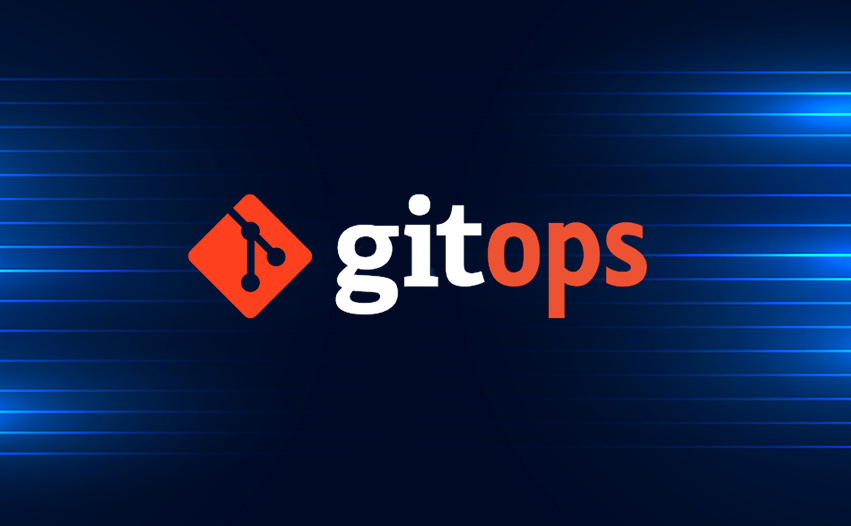 Let’s start this post by reviewing the software development history. If you have pursued an education in computer science or a related field, you are probably familiar with a term called “Waterfall model” in the software development life cycle. It leads us back to the initial days when software was not too complex, the requirements were defined and the revisions were close to none. Everything was going smooth when suddenly software became immortal and clients began asking for revisions according to the changing trend in the market 🤖

Then came the “Agile” way of doing things which is still very popular in many companies. Agile does not require you to submit your multi-page requirement to the company, but are rather ready for revisions and updates every week. How great it is for the customers as well as the client? But there is a simple problem though! When the LOC (lines of code) is in multi-million number and software is huge, a simple change in the code will demand additional work in integration and will request to analyze and run the tests again on the integrated code. This might happen every week and with repeated such scenarios, humans are bound to make mistakes! Hence, we needed something that could automate the process and take this load off our shoulders.

This gave birth to the CI/CD pipeline mechanism 💥 It could automate the integration, testing, and building up of code. With just a single manual push, you could also deploy the website and serve your users in no time. This is made possible with tools that are available just for this purpose: CI/CD tools. This process is termed as DevOps and involving Git in a similar fashion is termed as GitOps in the technology world. This post will guide you through this fairly new term called GitOps and how infrastructure as a code is changing the overall operations process today. With the tools and processes used in GitOps, I hope that by the end of this post, you will have a good understanding of GitOps.

Table of Contents – Guide to GitOps

Infrastructure as Code (IaC) is a new flower in the bouquet of infrastructure management and operations in software development 💐 The concept is very simple, I am quite certain you might have got the idea yourself from the name.

For example, on AWS, if I would like to initialize an EC2 instance under the ECS container, I can just mention the same in a YAML file and push it through the command line. The EC2 will be allocated to me automatically without any hassle. Obviously, this requires appropriate permissions but is definitely possible.

The bottom line is, if we want to maintain or initialize the infrastructure via Code files, we call it: Infrastructure as Code or IaC. The whole point behind discussing this concept will be cleared further into my article but remember: Even though GitOps relates to IaC, IaC does not mean GitOps❗ You may see these terms interchangeably on the internet, but there is a difference that will be taken into account in the third section below.

With the term “GitOps”, the first similar term that comes to mind is “DevOps”. DevOps includes the development of operations tools and practices into one. In GitOps, we have moved from cloud operations to Git. Since Git is already used for software development, involving Git in operations not only includes the practices of DevOps, but also leverages the power of a version control system that is as strong as Git 💪 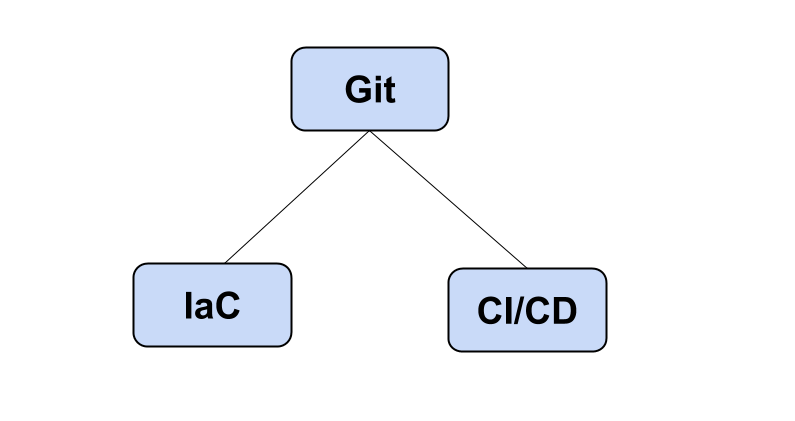 The main difference between DevOps and GitOps is that Git uses IaC for its operations instead of maintaining operations directly in GitOps. It will be quite accurate to consider GitOps as a transformation to DevOps in recent times. With the power of a version control system (including the push and pull feature), GitOps allows the developers to push the infrastructure code into the environment repository of the software. Noticing that a change has occurred, GitOps makes the required changes into the software environment and infrastructure and move it further into the CI/CD pipeline.

Difference Between IaC and GitOps

During my meetings, while gossiping with different developers and newbies, I have noticed that people often take IaC and GitOps as a single term. I am sure some of the readers either might have a vague idea or would be confused between the two. Hence, it is important to address this difference. This comparison table can be helpful to clarify things:

As you can see IaC is a different process and stands on its own, while GitOps takes advantage of IaC as well as Git into its system.

Although GitOps is fairly new, the use in it is important & promising because of a few notable aspects: ✍

Phew 💥 I hope I was able to convince you now how GitOps is not just some random talk that would fade away with time. With so many important features and strong results, GitOps is certainly here to stay for a long time!

As shown by the image placed in the introductory section above, GitOps works by the combination of two things: an IaC system and a CI/CD pipeline. Therefore, we need to create a mechanism to get things working the GitOps way. To understand the pipeline and development process, you need to understand the following prerequisites:

There are two types of repositories on a system working under GitOps:

Another component of this system is the CI/CD pipeline. Therefore, in our hands we have two components till now:

Can you guess what we need now? 🤔
Yes! A method to connect these two boxes so that CI/CD knows the time when to run the tests and deploy i.e. to run the pipeline. For this, we explore the methods of deployment in GitOps 💡

The following section explains the deployment process in GitOps. In layman’s terms, this section will explore the methods as to how CI/CD tools will know that some changes have happened in the repository (environment or code) since everything is code-based now.

Push-based deployment in GitOps is a simple process of pushing the code to the repository which goes into the build pipeline. If the code is intended to change the environment configuration, the environment repository is updated and this change will trigger the CI/CD pipeline.

Since we are only focused on the environment, we will not consider code deployment or container management into account. The application code deployment is assumed to be known as a user of Git. The same changes are shown below with a flow image:

The above image shows that an application repository change triggers in the build pipeline. If there is a change in the environment repository, the same is updated in the repository. This change then triggers the deployment pipeline and all changes are deployed. The tools used in push-based deployment are Jenkins, TeamCity, CircleCI, Travis, etc.

Push-based deployment looks simple and familiar to us, but it suffers one major disadvantage. It is a one-way road. The changes in the environment repository trigger the deployment pipeline and hence the infrastructure. That’s great! But what if something happens to the infrastructure itself? 🤦‍♂️We do not have a method except manually scrutinizing the infrastructure state and the current environment repository state or code from time to time to know if everything is alright or not. This disadvantage is so big that it cannot be ignored ❌ As a result of this, push-based deployments in GitOps is never recommended and now you know why.

Since now we are working with a version control system which contains a lot of branches, we can even connect different operators with different branches to observe. Although it will increase the complexities of the system. You can use Helm Operator for the same or can explore more and comment on your favorite operator in the comment section below 👇

In the following table, I have described different tools for each process required from code push to deployment using GitOps. I recommend comparing the tools and use the one that suits you best according to your requirements: 👇

While I was writing this post, I have found the above tools to be popular with high performance. If you found another suitable tool that is not listed above, feel free to share with us! 😃

GitOps is a recent advancement in the whole software development life cycle. There is no doubt that GitOps will stay with us for a long time according to the pace it is growing. But it is also true that since GitOps is fairly new, organizations are yet to shift their complete focus towards it. This focus will work as a catalyst in methods & tools helping to create better software development through GitOps.

Currently, this is the best time to learn this technology and be ahead in the race 🏁 GitOps uses infrastructure as code as the underlying mechanism to deploy changes easily, cheaply, and quickly. GitOps is a developer-centric process and is therefore widely accepted into the community.

Usually, on the internet and workshops, you would see that Kubernetes has been used with GitOps and I have also mentioned the same in the table above. This makes Kubernetes seem necessary for GitOps which is not true. GitOps can be achieved without Kubernetes too but the container orchestration will become additional work. If there is no problem for you, there is definitely no problem in not using Kubernetes.

The only challenge GitOps sees is that since it revolves around Git, not everything in SDLC does the same. Although we are moving towards the same goal, we are still in progress. GitOps is definitely easier and achievable but complex tasks for big projects might force you to go outside the GitOps bubble 💭 This can only be reviewed by building the model and architecture of the project. If you ask me, GitOps is definitely something worth the try and as I see it, it has a bright future ✨