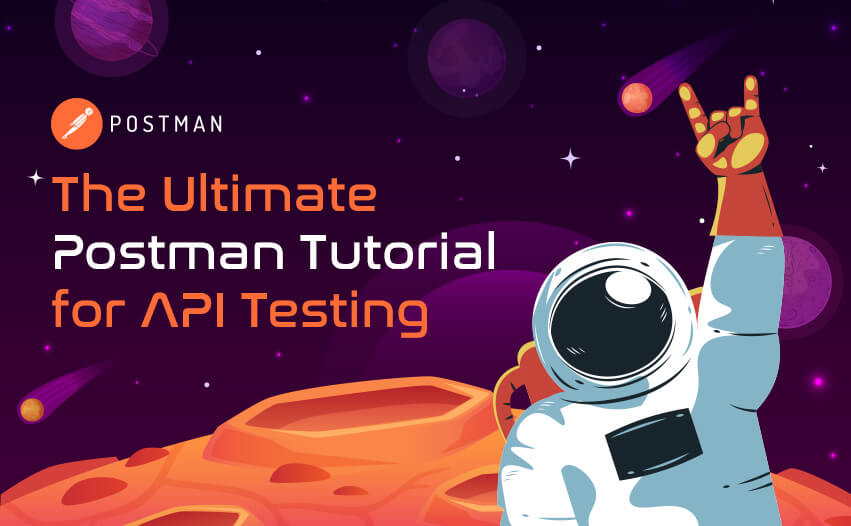 The internet is increasingly built on Application Programming Interfaces. In a world where more websites and applications are hosted on cloud platforms, APIs are the glue that holds everything together.

Applications built on service-based architectures use APIs to communicate with each other. There are many public APIs that companies use to drive the adoption and engagement of their tools.

These APIs all need testing, however, unlike applications with an automated User Interface using functional automation testing tools such as TestProject, APIs lack a graphical user interface (GUI) and are generally designed to be interacted with programmatically.

Many tools can help with API testing, but it can be hard to find a tool in that sweet spot between power and simplicity.

Some API testing tools pack a big punch with great features but are inherently tricky to use, while others are easy to pick up but don’t do everything you might want when it comes to an API testing tool. Here’s a quick diagram of how APIs work: 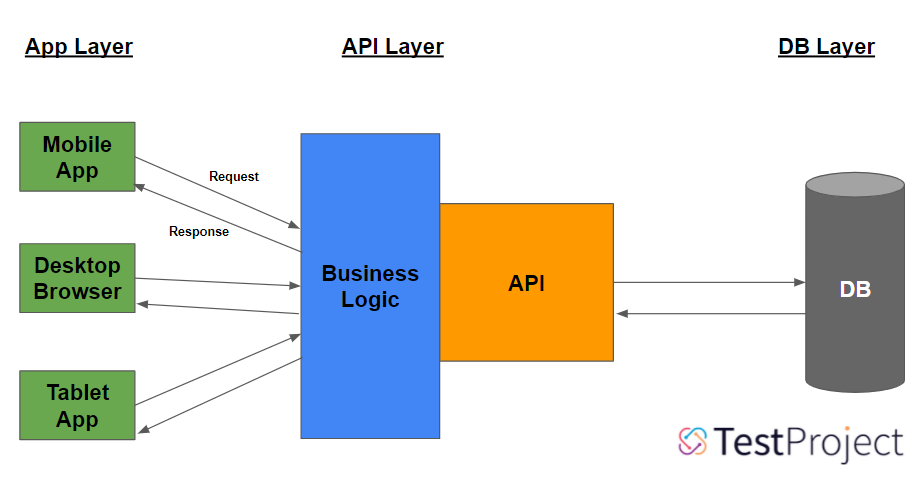 So where do you find an API testing tool that navigates the balance between ease of use and depth of features? Enter Postman 👨‍🚀

Postman is the most popular API testing tool, because it is free, packed with powerful testing features, and is also intuitive to use and get started with.

This Postman tutorial will show you how easy it is to get started with API testing and how powerful Postman is for testing. We’ll walk you through everything from getting started with it, to using Postman in your CI and CD.

Exploratory testing is important when testing APIs and a UI, but since APIs are intended to be interacted with programmatically, they lend themselves well to test automation. This Postman tutorial will walk you through setting up effective API test automation.

The tutorial covers how to use Postman to create API mocks and how to organize and structure your data so you may create effective test automation. It also goes over how you may integrate your Postman tests directly into your CI/CD pipelines with Newman and explore the powerful scripting abilities built into this tool.

Why should you use Postman for API testing?

Postman is a simple and user-friendly application to use. Tests are shared easily and are easy to move into different environments and to another test in Postman. Postman ensures whether your API testing is working correctly or not and also  allows you to create a collection of integration tests and stories data for multiple tests. It involves providing code snippets  if you are new to working with the Postman tool.

GET- The GET method retrieves information from the given server using the data sent in the URL. The GET method is better to use for data that doesn’t have any images or security and limits from the length of the URL.

PUT- The PUT method updates the existing data and if it doesn’t have any data, it will create a new one. It remains unchanged when the same data is sent multiple times to be updated.

PATCH- The PATCH method updates only the existing data and it allows only partial updates.

HTTP is a HyperText Transfer Protocol response status code 👩‍💻 It is produced by the server in response to client requests made to the server. HTTP response code is divided into five classes. The first digit of the response code defines the class of response, while the last two digits don’t have any categorization role.  The five different response code classes include:

Here is the important response code with screenshots that the server gets:

The request was successfully received, understood, and accepted by the server.

200(OK)– It indicates that the API successfully carried out the client’s request. It is a successful HTTP response status.

201(created)– The request is sent and it involves creating a new resource.

204(No content)– The request is successfully sent and it doesn’t send back the response messages. Delete method is used to define 204 response code.

400(Bad request)– The server will not process the request due to the error from the client’s end. Example: invalid request URL.

401(Unauthorized)– 401 indicates that the client tried to operate on a protected resource and is unauthorized.

403(Forbidden)– The client sends the correct request but the server refuses to give the response. 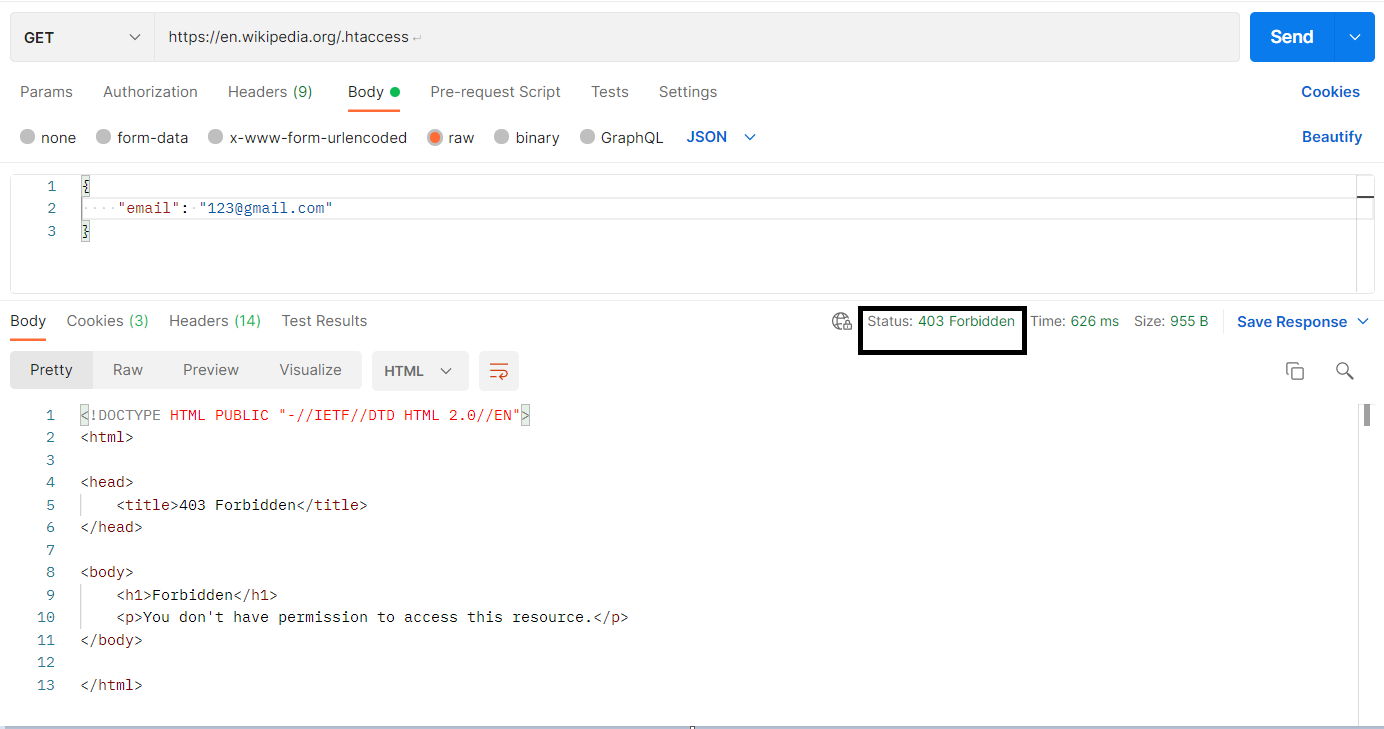 404(Not found)– The requested resource could not be identified at present and may be available in the future.

405(Method not allowed)– The client uses an invalid request method that the resource doesn’t allow.

The server failed to fulfill a valid request.

500(Internal server error)– This happens when the server faces an unexpected condition. 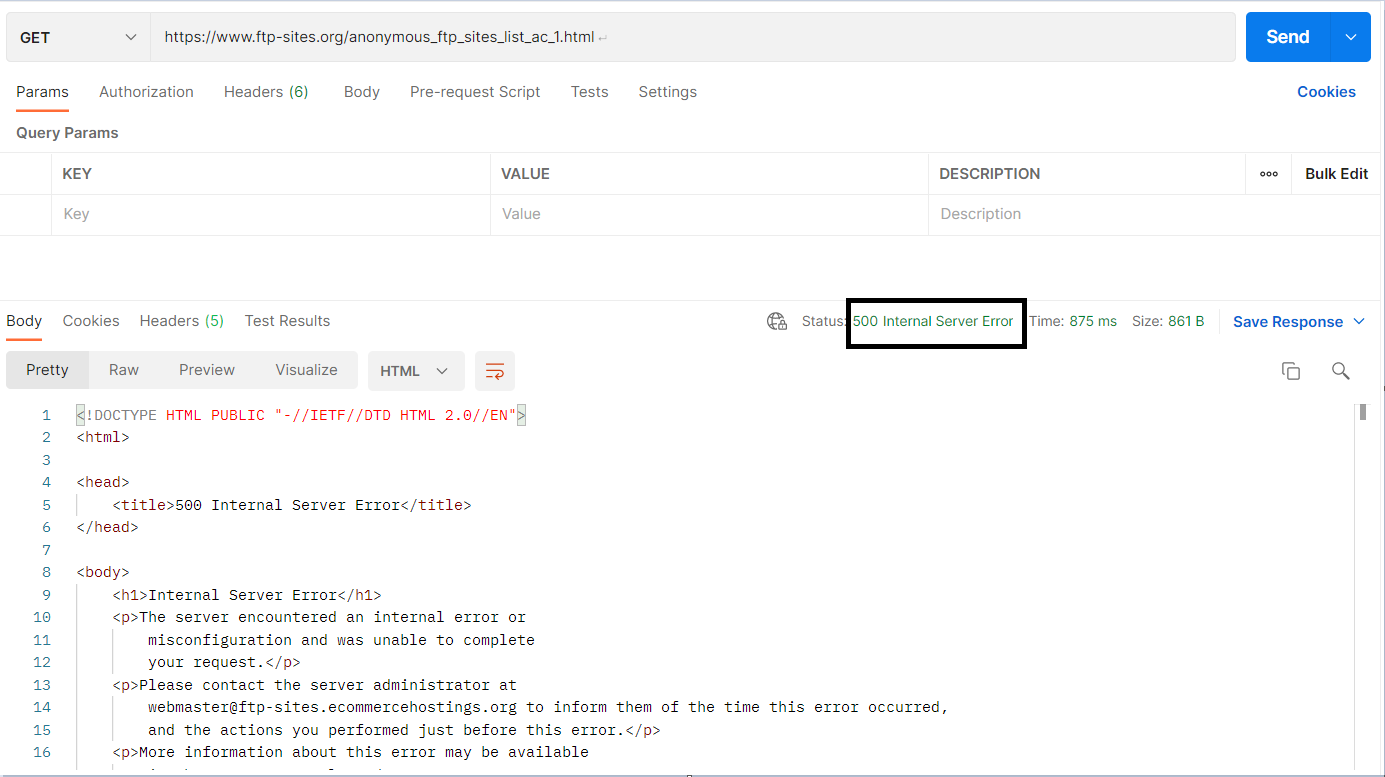 This Postman tutorial will help you understand the basics, but there’s no substitute for experience. It’s best to practice with Postman to get the most out of it.. Most of the examples this article uses are based on the JSONPlaceholder API. This is a sample API that is specifically designed to be used for testing purposes.

This tutorial requires you to have an up-to-date version of the Postman tool installed. If you don’t yet have the Postman tool, you may download and install it here. There are some command line calls and scripting throughout, but don’t worry if you haven’t done much scripting because all code examples will be included in each of the chapters of this tutorial ✅

Chapter 1– Getting started with Postman for API Testing

This chapter covers basic steps to install the Postman tool and execute a simple API request using the GET method. This helps you with the execution of API requests,  the demo, and the screenshots in a stepwise manner to execute it. Most of the QA testers use the Postman tool for testing API as it provides benefits for those using it.

This chapter covers the Execution of API requests using Authorization. It helps you to know how authorization works and what to do with it. It also helps in authorizing third-party APIs. Most people may know about authorization but they may not know how it is linked with API. So this chapter will guide you through the Authorization process.

This chapter focuses on how to use collections and variables. You will also learn about sharing data between tests. The main goal of the chapter is toexplains the automation testing using the Postman tool. Postman tools can be used for both manual and automation purposes.

This chapter explains the method of testing and the results. It also explains the pre-request script tests when you need to add variables or data to run your script.

This chapter covers Newman. Many of the QA testers may not know what Newman is so this chapter is useful for them.  It also explains running tests in Newman and about running Newman in the command line.

This chapter covers mock data. Mock data should be used safely because it will simulate the behavior of real data. So, this chapter explains the use of Postman with Mock.

Postman is a free open-source tool that is used by many QA testers to simplify and reshape API testing. However, in order to achieve your target results and save time and effort go with the Postman tool and it must be used properly.

Well, we are ready to go now, so buckle up and get ready for a fun and informative ride into the land of API Testing with Postman! 🚀