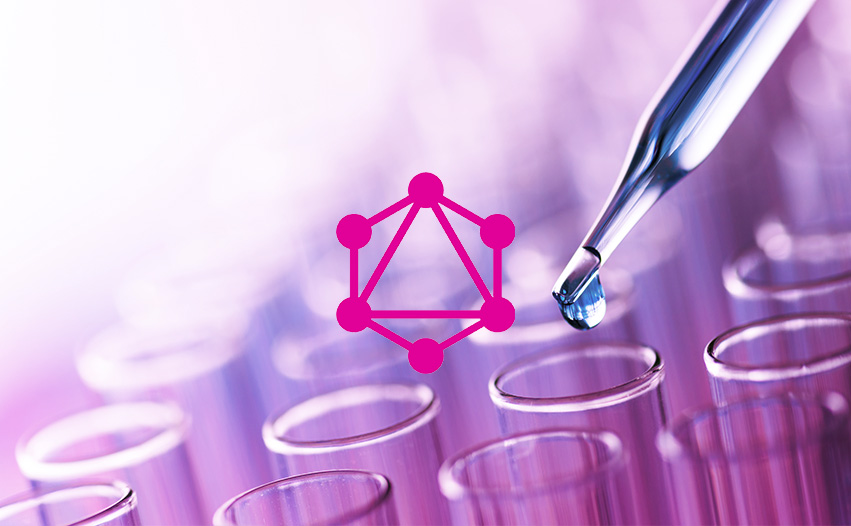 In the previous chapter, we reviewed some of the basics of GraphQL, differences between REST and GraphQL and core concepts of GraphQL. Now let’s understand more about some of the internal working of core-concepts. And, What components suggested for testing GraphQL?

We will be working with a simple Movie and Actor based GraphQL API that shows some name of the movie and list of movies and actor details. I’ve developed and Open-Sourced here. Firstly, let us look at the Schema of the API that we are going to use for testing. And we will be using the same for the upcoming chapters in this course.

I’ve used code sandbox to deploy the source code of GraphQL server component and it is accessible here. This will be available for access for a limited time, and when you are reading this and the sandbox environment is not accessible, I will request you to clone the source code and build it locally.

To recap, we’ve learned from our previous chapter that, everything is perceived as a graph and it’s connected (think of the GraphQL Logo) and represented as a single endpoint. In REST, we can see multiple endpoints for different functions of your product. In GraphQL, it’s through a single endpoint, and the main entry point is via RootQueryType as the name suggests, it’s the root and a single entry point towards accessing your server component. The below picture depicts precisely that, and we have four types movie, actor, movies and actors that users can query for data. And we’ve also seen different scenarios that users may query in the previous chapter.

Before we jump onto testing components of GraphQL, firstly we need to understand how to call a GraphQL API over HTTP. There are different ways in which you could trigger an API. I’ve shared below some easy and commonly used ways as below:

There are several ways your application could break, and testing is very much an essential activity to release code with confidence. Speaking of testing GraphQL API’s, there are multiple ways and methodologies that you could perform. Firstly, let us take a look at the components to check in GraphQL and then we will look at implementing a testing methodology.

We all know the famous Test Pyramid by Mike Cohn. It’s a great visual metaphor telling about the tests you could write at different levels. We all know it is proven to be effective in many ways for different environments and scenarios.

There is also a new way of looking at the organizing of your tests called the Testing Trophy 🏆 that helps write tests at different granular levels. I like both the testing metaphors, and it’s best to apply whatever works per the environment and the scenario. Testing GraphQL APIs can utilize the Testing Trophy very well because the lower level of the testing trophy recommends checking for static checks. We have a Schema defined with its strong types and stands as a source of truth to other field type and parameters, you can easily do a lot of static checks. Let’s look at some of the core components in GraphQL that should be tested which will fit into different levels like the Unit, Integration and Static checks.

Components to test in GraphQL

The first choice to go about testing GraphQL APIs would be to look at Schema and check for those types that you’d have had defined. Here is a cool handy cheat-sheet for reference to write schema succinctly, useful for developers and testers. Schema can be tested by the following ways:

Mutations modify data in our database and return us a value. We’ve learned from the previous chapter that Mutations are equivalent to CRUD operations in the REST API world. Testing Mutations are very important as it involves testing data access and addition to databases. Mutations can be tested by the following ways:

Resolvers are query handlers and are pure JavaScript functions. The Resolver function would typically have the following syntax:

Let’s take our example query to get movies as below and see how Resolver functions would be like:

GraphQL query is a series of function calls (resolver functions) nested in a way according to the query pattern. So testing Resolvers would be the same as unit testing a function in JavaScript.

I hope that by now, you are aware of the core component of GraphQL and how to test those components. Now let’s go ahead and look at how to test GraphQL APIs using some of the tools and libraries in the API testing ecosystem.

Exploratory testing with GraphQL is quite simple, Postman has inbuilt support to run GraphQL queries. Let’s see how can you do that: 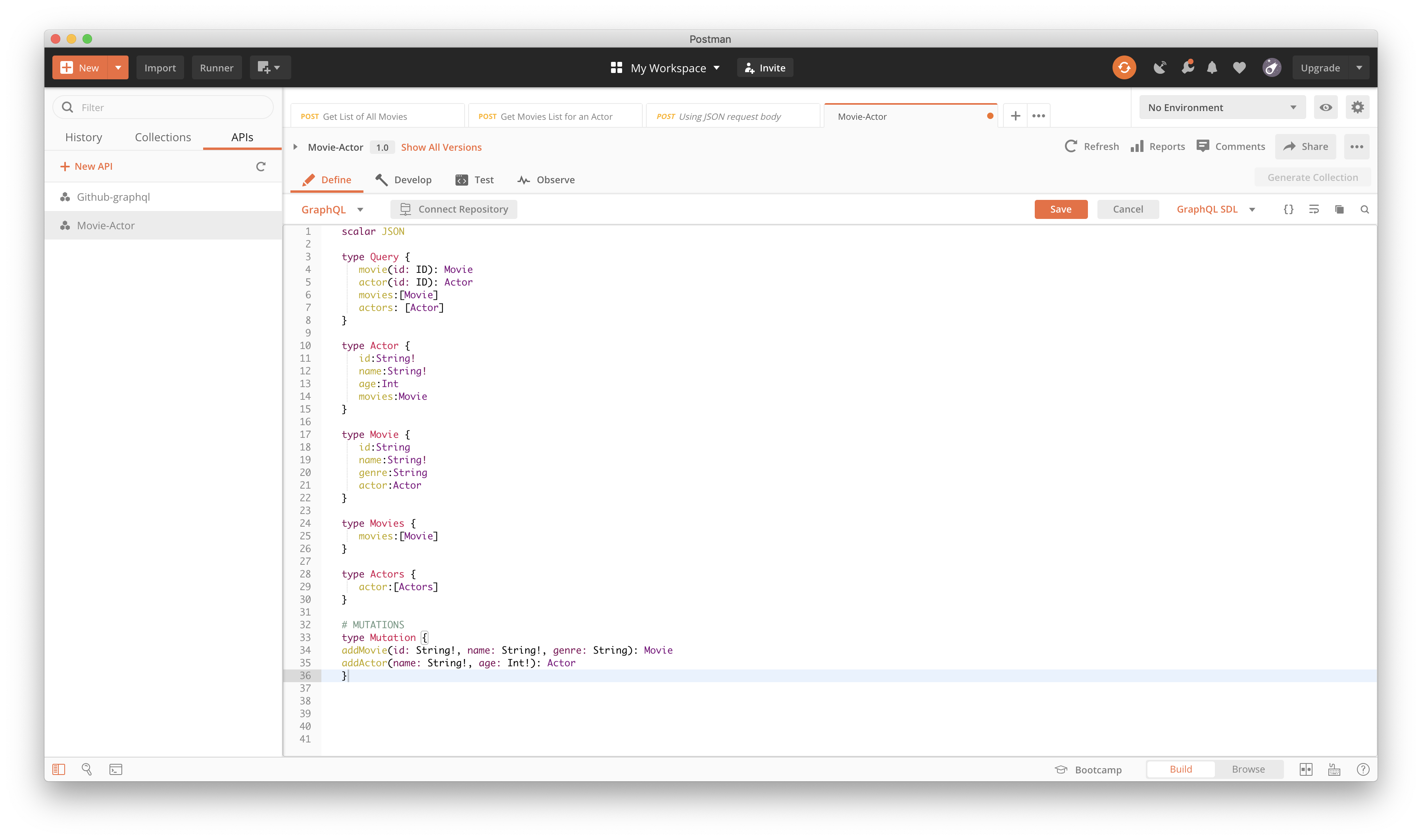 Rest Assured allows us to test REST APIs easily and is well known in the Java world for automating REST APIs. Good news (!) is that you could still use Rest Assured to test for GraphQL APIs with one condition though! The GraphQL query(request) in itself is not a JSON payload and here is how you could achieve:

💸 Tip: The Generate Code Snippets option in Postman will help you get the Stringified JSON.

The Karate framework has built-in support for testing GraphQL API and it’s seamless. Unlike the other options that we saw above. If you are using Karate for API testing then, it’s very straight forward to test, you can pass the GraphQL Query as it is and validate the response using Karate’s match assertions.

TestProject is a cloud-hosted, 100% free test automation platform built on Selenium and Appium for all testers and developers. It has also got Add-ons that users can use to do additional testing on the same cloud. Here, we can use the community Add-on called RESTful API Client and invoke a POST call to query a GraphQL API. Please follow the steps as mentioned in this blog post.
This is how your test would be, a very simple test to hit the endpoint using POST call and pass the Stringified JSON payload into the Body and you are done. 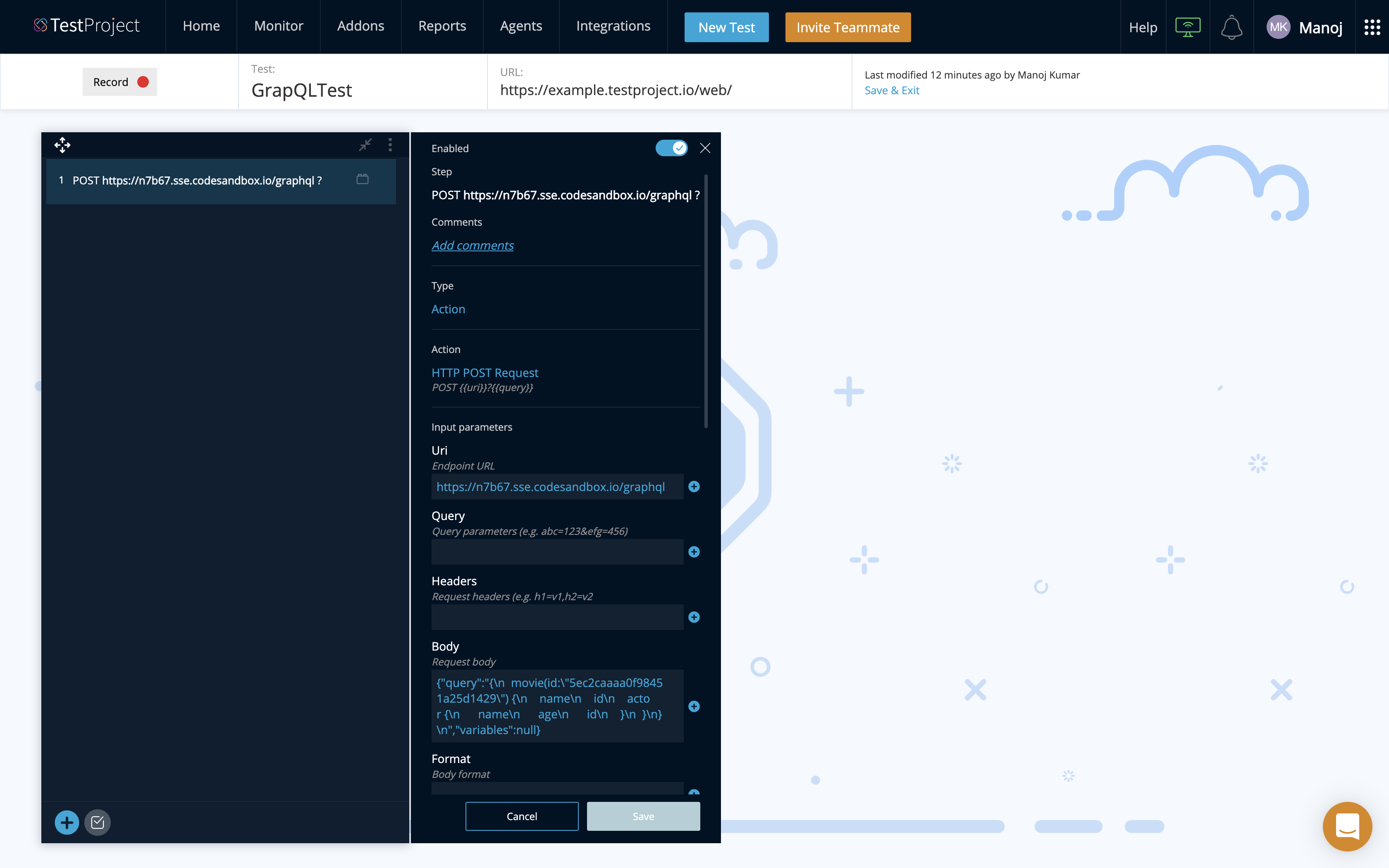 Once you execute the tests, the tests are executed in seconds and you could verify it from the Reports sections as well. A sample response as below:

If you are not using any of the above BDD frameworks for API testing and looking for a standard Java project to test GraphQL APIs. Test-GraphQL-Java project by Vimal Selvam should be easy to implement. Simply add the below maven dependency to your Java project and you are done.

Congratulations! 🎉 You’ve made it up until here. To summarize, by now, you are aware of core-components of GraphQL and how to test the different components and some tips and myths to keep in mind when testing GraphQL APIs. We also saw usage of popular tools like TestProject, Rest Assured, Rest Sharp and Karate.

We’ve looked at how GraphQL is different from REST and overcomes the problem of data fetching. However, GraphQL APIs will lead to n+1 problems due to multiple iterations that it may have to route through multiple databases. There are solutions like using Data Loader that would solve the problem. The Cross-functional requirements like the responsiveness, stability and some tracing mechanism for the APIs would really help build and streamline in a better way.

In the next and final chapter of this tutorial series, we will deep-dive and look at how to test for performance and responsiveness of the GraphQL APIs, and how to do the same using Open-Source libraries. Stay Tuned! 😉