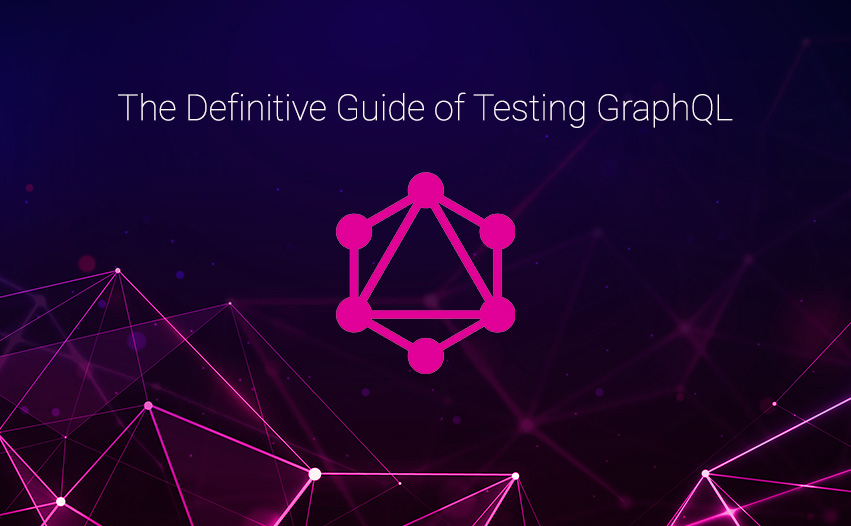 It’s 2020 and the need for being digitally available has become a demand. Given the COVID-19 pandemic, I believe you’d agree that it has become an utmost necessity.

Having an online presence alone doesn’t make your business run forefront, but other factors like time to market with good user experience matter a lot. Undoubtedly, the application development shift towards a microservices architecture with an emphasis on flexibility and time to market, tools like GraphQL are redefining API design and the interaction between the client-server, that enhances the developer’s productivity and experience with minimal data transfers.

In this blog series, we are going to focus on GraphQL: What is GraphQL, How is GraphQL different from REST APIs, and testing GraphQL APIs. Finally, we shall also delve into some of the cross-functional testing strategies like load testing.

What is an API?

Let’s step back and understand how most of the online transaction happens. For instance, users want to get things done online at a button click. Rather than going in-person to buy a movie or flight tickets, or to shops to purchase an item. In other words, the user is a Client, and the application (web or mobile-app) needs to fetch data that’s stored remotely in some database that’s accessible over the internet, which is, in this case, it’s a server.

Most of these communications happen via APIs behind the scenes. API is a messenger that accepts a request and says a system what you want to perform and then returns the response back to you. Furthermore, the API development is not new, and it has been around for many years now, and the technologies evolve so does the way to create APIs change too.

Firstly we’ve seen SOAP-based services that dominated in the 90s. Secondly, REST has been dominating for more than 10 years. Thirdly and most importantly, we now have GraphQL that has various advantages over the ways mentioned above for creating APIs. Facebook developed GraphQL due to increased mobile adoption, under low-power devices and poor network coverage. Let us understand, what is GraphQL?

GraphQL is an API specification standard and an Open-Source data query and manipulation language. It has a server-side runtime fulfilling those queries along with the data. In other words, GraphQL follows WYAIWYG pattern What You Ask Is What You Get. GraphQL allows declarative data fetching where a client can specify what data it needs from an API.

GraphQL uses a type system to define the capabilities of an API. All the types declared in an API are written in a schema using the GraphQL Schema. Namely, Schema Definition Language (SDL). It serves as a contract between the client and the server to define how a client can access the data. Defining the Schema allows the back-end and front-end teams to concentrate on their piece of work without much communication.

GraphQLs workflow is very simple and in three parts namely,  Describe, Ask and Get predictable results. Let’s take a look at it using a very simple scenario by fetching (request) a data via GraphQL that will hit the server, and we get back the response.

Developing a GraphQL API revolves around three main concepts. Firstly the Schema. Secondly, the Queries and thirdly the Resolvers. We shall deep-dive into these concepts shortly. But before we jump on those concepts, it would be beneficial to understand the differences between GraphQL and REST API.

Both REST and GraphQL, are useful for developing APIs and it is manageable over HTTP.

There are much more differences between these two APIs. So I’ve summarized it in a table format for you to take a look and understand:

The reason why? The fact Facebook created GraphQL is an exciting story in itself and is available here as a documentary.

One of the problems that Facebook wanted to solve is the speed and user experience of facebook.com. After a few ideas, the team came up with two main mantras that would work. The team started working towards achieving them, namely As little as possible, as early as possible and Engineering experience in service of user experience. They achieved this by, unifying the fetching of code and data in one single GraphQL query—the GraphQL’s ability to ally the request and minimizes network usage is outstanding. You could read more about this journey here.

GraphQL is promising and evolving by the adoption of a large group of companies rolling out GraphQL in production. However, there is definitely, few caveats in this new modern API design too like caching, Authorization, Error handling, n+1 problems. And there are ways to navigate through these problem areas.

Let’s jump in and take a look at some of the core concepts unique to GraphQL.

I’ve developed a GraphQL server component and Open-Sourced here. We will be primarily be using this Source Code to go over a few important concepts as well as look at the main, Testing aspect too.

Congratulations! 🎉 You’ve made it up until here. Thank you for your patience. I hope, by now you are aware of GraphQL core concepts and able to answer some of the key questions like the How, What and Why of GraphQL, and understand the differences between REST vs. GraphQL.

To summarize, GraphQL was invented having the cons of REST in mind, but GraphQL is very flexible and you can still have your architecture that can include GraphQL and REST together.

Testing your code is always important, that is often left as an after-thought process. The tests would help prevent some bugs also, give you the confidence on the piece of functionality developed would work as intended. Testing GraphQL APIs are quite different and not the same way as you’d be doing for the other API patterns (REST or SOAP). GraphQL API can be tested in a number of ways with supporting tools and editors.

In the next chapter of this tutorial series, we will deep-dive and look at what to test for in the GraphQL APIs, and how to do the same using Open-Source libraries. Stay Tuned! 😉