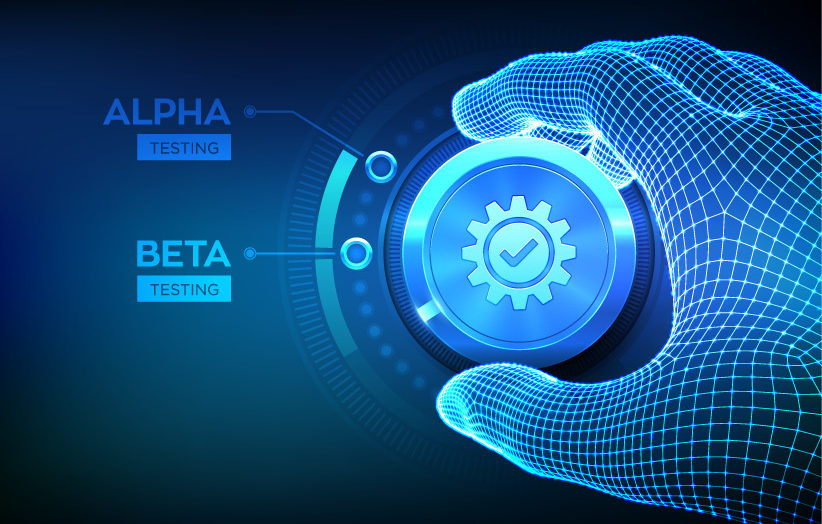 Alpha and Beta testing are two types of acceptance testing that take place at the end of the software development life cycle 🔁 Both types help to validate that the product is ready for deployment to production. Let’s dive in and understand what each type of testing represents, how to perform them, the benefits they bring, and the main differences between the two.

What Is Alpha Testing?

The ISTQB definition for alpha testing is simulated or actual operational testing by potential users, or an independent test team at the developers’ site, but outside the development organization. Alpha testing is often employed for commercial off-the-shelf software as a form of internal acceptance testing.

Alpha testing is a subset of acceptance testing, which is performed by internal team members. The tests might be performed on builds that are not yet 100% stable. It’s performed before the beta version is released. There are two phases for alpha testing:

Because the testing takes place in a testing or staging environment, the fixes can usually be done quickly ⏰

There are some conditions that should be met before the alpha testing phase can start. These are:

The alpha test phase is considered done when:

What Is Beta Testing?

According to ISTQB, beta testing is a type of acceptance testing performed at an external site to the developer’s test environment by roles outside the development organization. Beta testing is one of the final stages of testing, and it takes place after the alpha testing has been completed ✅

It’s oriented toward collecting user feedback and confirming the product is market-ready. Beta tests are performed by a selected group of end-users, who perform their usual scenarios on a beta version of the application. User behavior is an aspect that is examined during beta testing.

The aim is to evaluate if the tested app is being used as the testers intended, or if particular features or logic need to be reconsidered. All of the collected input is forwarded to the developers, who make final adjustments and check that the product satisfies all of the requirements and expectations before releasing it to the general public.

Beta testing is an excellent way to fine-tune your product’s positioning, marketing, and communication. All of this information may then be utilized to guarantee that consumers receive the best possible application.

Before beta testing begins, there are some criteria that should be met:

For the beta phase to be considered successful, we should consider the following:

Acceptance testing plays a very important role in the software development process and increases the chances that the end-users will be satisfied with the released product. If both alpha and beta testing are performed, or even just one of the two, then the chances are that the application will bring even more value to its users 💪