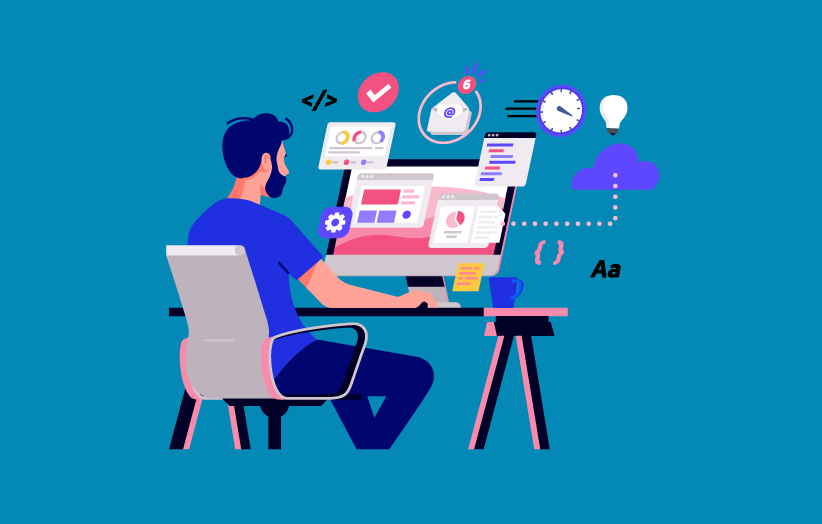 Automation, particularly UI Automation, is fun, and useful. However, automated UI test performance can be slow. They have to spin up a browser session, load front-end components, and so on. It doesn’t take much for a UI test suite to start taking tens of minutes to run.

I like Charity Majors’ recommendation of a 15-minute deploy time (15 minutes or bust!). Fast deploys are a key factor in building a quality SAAS product. But, this is impossible to achieve if you have an automated test suite that’s taking twenty or thirty minutes or even hours ⌚ So, how can we keep the time of our automated UI tests down? What are some simple ways of keeping your automated tests speedy?

Test the important things, not everything

It can be really tempting to want to write UI tests that cover every possible feature and flow. Every nook and cranny in the product. But, some of those tests might not be useful, in context. Does everything really need to be tested?

I have a rule of thumb I like to use when adding an automated test. It’s this: if the feature I’m testing stopped working, what would happen? Would we wake someone up to fix it?

Context matters a lot here. Does the feature we’re working on make the company money? Or, does it affect our customers’ ability to perform their main function? If the answer is yes, then it’s probably something you want to add an automated test for. A shopping cart or login page might be a good example.

But many products have features that aren’t as important – “nice to haves”, that don’t perform critical functions. An example might be a ‘wish list’ on an eCommerce site. It’s reasonable to say it’s not vital to the business. We want it to work, for sure. But if it’s:

Then the cost of adding and maintaining an automated UI test may not be worth it. If we want to keep the duration of our tests low, it can pay to be a bit selective about what gets tested this way.

Lean on your APIs for better test performance

As a rule of thumb, testing functionality through an API is faster than testing through the UI. There are a couple of ways we can make UI testing faster by leaning on APIs 🚀

Firstly, by testing most functionality through API tests

The underlying APIs were different, but the UI was largely the same. We could have added UI tests for each different path. But, it made more sense to test the different paths at the API layer, and just test one of them through the UI. This gave enough coverage of the different APIs and still exercised the UI enough to give confidence.

Secondly, by using APIs to do data setup for UI tests

Some functionality only comes into play when there is a particular data setup. An easy mistake to make is to drive the UI to set up all the data you need when there are other, faster ways.

As an example, let’s say we’re testing that a discount appears when there are five or more items in a shopping cart. It can be tempting to lean on UI tests to do this. Browse for an item, add it to the cart, and repeat five times. But – we aren’t testing the add-to-cart functionality, this is just the setup!

So, assuming there’s an API to do this, it makes more sense to do that instead. Use APIs to add the items to the cart, which will be much faster. Then the UI testing framework only needs to check the one page – the shopping cart – to assert the right discount appears.

Build with parallelization in mind

Finally, parallelization is an option 💡 Breaking the tests up and allowing them to run concurrently. In most products I’ve worked on, this hasn’t been necessary – getting to this point is a sign that there are too many tests. But, there are definitely cases where running tests in parallel might be desirable, and it’s obviously  faster.

So, it’s important to write tests with this in mind from the start. Write tests that set up and tear down the data they need, in a way that is completely isolated from other tests.

One trap I have fallen into is having every different test login as the same user. This is fine when running tests in series. But in parallel, they start to bump into each other. Assertions would fail because another test has changed the data it was expecting because it ran at the same time.

A better approach would be to have each test create its own user account, so the tests would never clash. If we start by creating tests with this in mind, we don’t run into problems when it comes time to parallelize later.

In conclusion – if we want to increase our automated test suite performance, it can pay to ask some questions ahead of time:

Fast deploys are good for a lot of reasons, and we want to keep deploy times low. So, it’s important to consider how to improve our test performance, and make our automation as lean as possible. Thinking about some of these things can help us achieve that! 💠