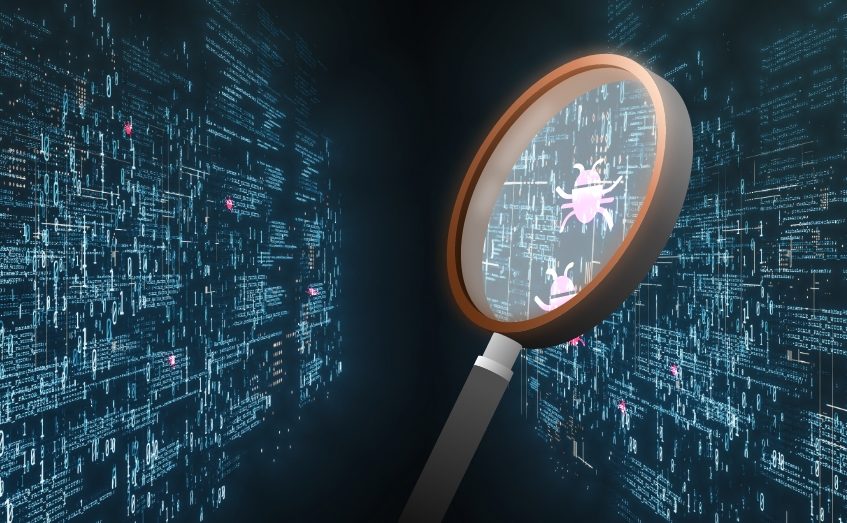 When we think about exploratory tests, a frontend application comes to mind with several fields to fill in and buttons to click on, where we can explore in several different ways. However, all types of software can be exploratory test targets, even with no user interface 🎯

In this article, we will present two cases of systems that don’t have a frontend screen but can (and should) be the target of exploratory tests: an embedded fiscal print system, and API software. The idea of this article is to open your mind to new possibilities, thinking outside the box.

Imagine that you are part of a software development project for a fiscal printer (those printers that we can find in stores) and you need to test it. You don’t have a screen, and the only interface you do have is the printer’s hardware. How would you explore it?

First, look at the printer’s structure. Usually, a fiscal printer is composed of:

Let’s think about the functionality of issuing a fiscal coupon for the printer as an example. It can be sent to it using another software, and with everything we have available we can think of several test scenarios.

In order to be more organized, let’s divide the test scenarios into sections of the available resources:

Check the fiscal coupon emission while combining some states in the suggested scenarios.

After this brainstorming, we can see that we have several possibilities for testable scenarios. If we combine the possible states to each of the resources, we expand the possibilities even further.

In addition, we know that a fiscal printer has several other types of documents that can be printed, which expand to a few hundred possible scenarios that can be tested.

Case 2 – Exploratory Tests for an API

Imagine that you are part of an API software development team. You don’t have a screen, and the only interface you do have is a tool like Postman, where you can send requests to the APIs. How would you explore it? 🔎

First, you can look at the structure of a rest API that is composed of:

Thinking about the responses of an API, we can complement our resources with:

Analyzing this common structure of a rest API, we can think of several test scenarios. In order to be more organized, let’s divide the test scenarios into sections of the API structure:

Check the API behavior while making the API response a:

Check the API behavior when the API:

Check the API behavior when the API:

With the brainstorming done in this section, we can again verify that we have a lot of testable scenarios to explore API services.

Tips to Perform Exploratory Tests With No User Interface

Let’s discuss 6 tips that will help you when you’re thinking about exploring a system without a user interface:

1️⃣ Look Into the Structure

What is the structure of the system you are testing? Is there any kind of physical structure? What are the available resources?

What are the inputs of the system? Are there any kind of buttons, cables, fields, connections?

To each identified input, what are the possibilities? Press, remove, change, use invalid things, damage? How can you vary the states of the input?

What are the possible valid and invalid values to each input?

What kind of system are you going to test? Do you understand its technology? Research, discuss, and explore it to understand better.

Are there any inputs that can be combined to obtain a different output? Which ones? Which kind of combinations can be done? Do you have enough time to explore all of the combinations? Can you prioritize them?

This a great summary with all the tips that have been given in the previous section 💡 It is a quick-access resource that you can use every day, whenever you need to think about exploratory tests scenarios. 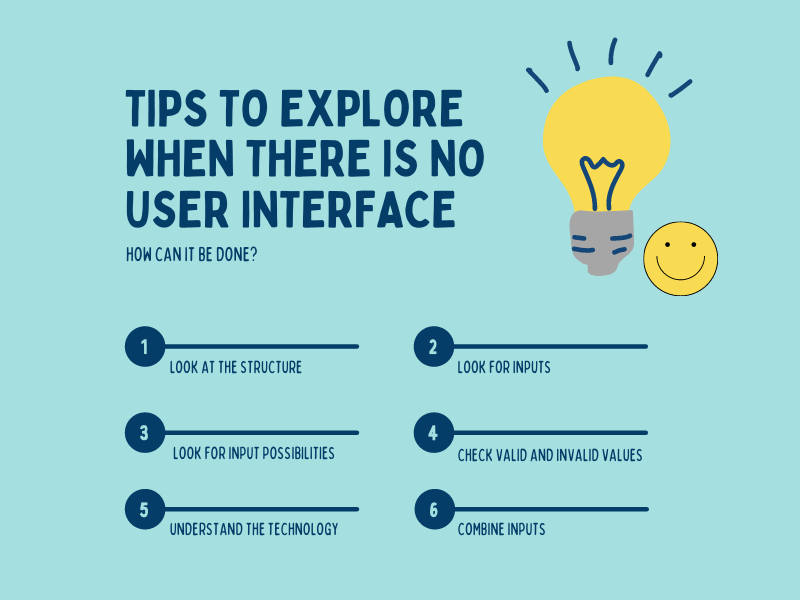 Most people always think that exploratory tests can only be done in a system that has a user interface. But it is totally possible and I encourage you to use it. You can use test strategies like exploratory testing for all kinds of software, so take advantage of it! ✅