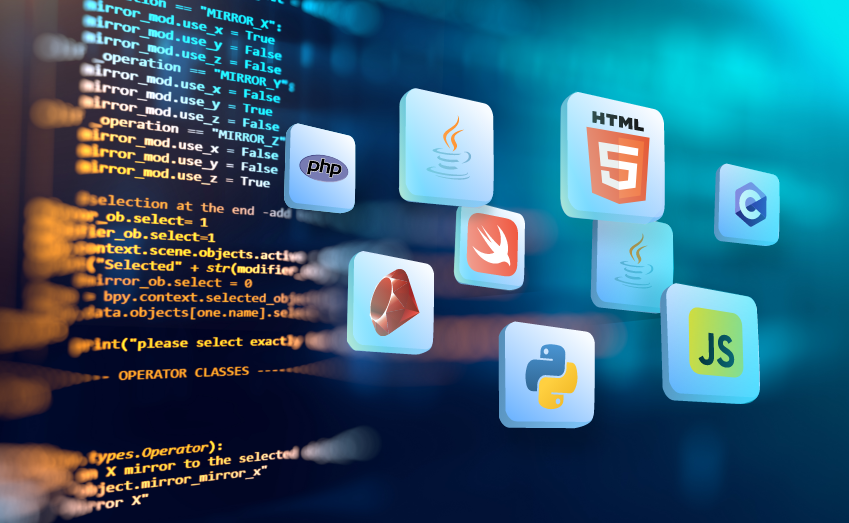 The usage of technology in our society is only rising over time, and coding professionals are the backbone of the technology industry. This rise is only expected to grow with time, with the number of software developers worldwide is expected to exceed 28.7 million by 2024. Given this growth, learning to code can be a major benefit for those looking for reliable and lucrative career options.

This is particularly true as more of our communications and media consumption occurs online, as coding skills can highly benefit professionals like digital publishers and online marketers. These skills can, for example, help them more effectively alter website layout and navigate relevant algorithms.

The Complete Guide for Learning Code: Tools and Resources

Python is a good programming language for beginners and is therefore often used to teach the principles of programming. Additionally, because this language is often used as a training tool for coding, it is open-source, which makes it very accessible.

Python is also object-oriented, which means that you can reuse blocks of coding, a feature that further simplifies work for beginning coders. Python 3.9.0, the most recent major release, introduced some additional features that can streamline programming.

It’s worth mentioning that over the years, Python has been gaining momentum among both testers and developers, and it is the fastest-growing programming language out there (as we can see in the Stack Overflow Trends chart below): 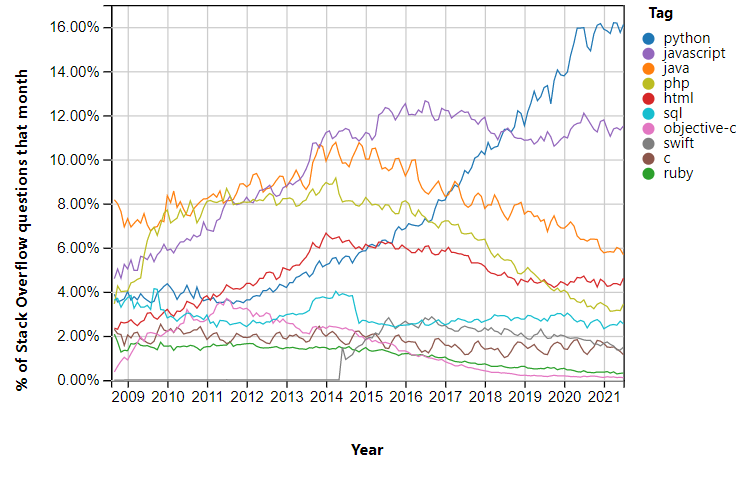 There are quite a few reasons as to why Python’s popularity has been rising in the test automation field, and why it’s thought of as one of the best choices for learning code. I recommend reading more about it in this Top 8 Python Testing Frameworks in 2021.

Good resources for those interested in learning Python include:

Java is a relatively simple programming language that is platform-independent, meaning that it can be used on any operating system. As such, you can use the same code on different devices, which can drastically simplify the process if you intend to expand the usage of your program.

Additionally, Java is object-oriented, which means that it is modular and sections of code can be reused 🔁 This is another way in which Java simplifies the coding process. You can, in many cases, essentially mix and match existing building blocks rather than having to re-weave the structure every time. Further, through the use of Java Enums, processes such as test automation are made much simpler.

Good resources for those interested in learning Java include:

Ruby is object-oriented, which means that it is modular, and sections of code can easily be reused. It is also a dynamic programming language, which means that there is room for flexibility in how you build the code, rather than very stringent, predetermined structures. Both of these features can make Ruby a relatively simple and intuitive coding language to work with.

Good resources for those interested in learning how to code in Ruby include:

HTML (hypertext markup language) is free to use and is supported by all browsers 🌐 Because HTML is globally recognized, it is very useful for web development applications, as well as use within international organizations. It should also be relatively easy to find a professional to assist you if any issues arise.

Good resources for those interested in learning HTML include:

JavaScript utilizes a simple syntax based on the structure of Java, and the language is widely used. It is also known for being highly complementary to other programming languages. These factors make JavaScript relatively easy to use and very useful for tasks such as adding interactive elements to web pages and developing mobile applications 📱

Therefore, when using this language you do not have to worry about what browsers will be used to access the applications, or how they will interact with existing coding structures on the larger website or platform.

Good resources for those interested in learning JavaScript include:

C is one of the oldest programming languages. While it is still relatively simple, it is more difficult than introductory languages like Python and Java. It can be used for a wide array of technologies and applications, and therefore it is very portable. It is often used to develop intermediary coding skills, as its structure is used as the basis of many other programming languages.

Good resources for those interested in learning C and its cousins, C++ and C#, include:

Objective-C is an important branch of C language programming that utilizes message passing, a relatively uncommon feature among the C programming language family (the notable exception being its major competitor, Swift).

Good resources for those interested in learning Objective-C include:

Swift was developed by Apple with the support of an open-source community. It was developed to improve upon the limitations presented by Objective-C. Because it is not built on top of C like Objective-C is, it uses a more intuitive language that more closely mimics the structure of spoken languages. However, this factor also means that it cannot directly compile C code.

Good resources for those interested in learning Swift include:

PHP (PHP: Hypertext Preprocessor) is an open-source language that can be embedded in HTML. It is also supported on all major web browsers, as it is a server-side programming language. It is particularly notable for its fast loading speed compared to other types of code.

PHP utilizes a relatively simple syntactical structure and boasts a robust community associated with the language. Both of these factors mean that it is a relatively easy programming language to learn.

Good resources for those interested in learning PHP include:

SQL (structured query language) is a programming language used to manage data 📊 It is relatively easy to learn as it is largely composed of English statements. Knowledge of SQL is highly valuable in many professional settings, including web development, data analysis, and IT support.

Good resources for those interested in learning SQL include:

Testing is the process of determining the efficiency and usability of the software. Because tests are most effective when conducted and reviewed regularly, it is often useful to automate and record them, even if you have the programming knowledge to do them without assistive tools.

Low-code and no-code platforms — a growing trend in recent years — can prove to be invaluable for testing automation:

While there are many misconceptions about codeless automation testing, it has a number of benefits 💡 No-code development programs allow people to develop application software without needing to know how to code. This is accomplished through the use of a graphical user interface (GUI) that allows them to mix and match existing templates and other pre-made components.

There are many different options for no-code software, and the user’s capabilities within the software will depend on the features available through that particular program.

No one programming language stands head-and-shoulders above the rest in terms of its suitability for test automation. This is because what will work best for your software testing will depend on many factors, such as what language the target software is being developed in.

It’s worth mentioning that Java and Python are generally easier languages to learn — this is worth keeping in mind when exploring test automation as a beginner.

When developing code for testing, it can help to use an open-source automation framework, such as TestProject OpenSDK, to get started. With that in mind, the following programming languages are widely thought to be particularly well-suited to test automation:

Resources and Tools for Learning to Code

Engaging in a coding community or organization can help you discover new solutions in coding, receive feedback, and discover new resources or tools to support your growth as a programmer. Coding communities that can be helpful for individuals interested in learning to code include:

While coding can seem daunting, there are plenty of resources online that can help. Understanding the strengths and learning curves associated with each programming language are vital steps toward becoming a better developer.

Regardless of your programming skill level, there is a variety of resources, tools, and communities online to help you along in your professional development 🙏