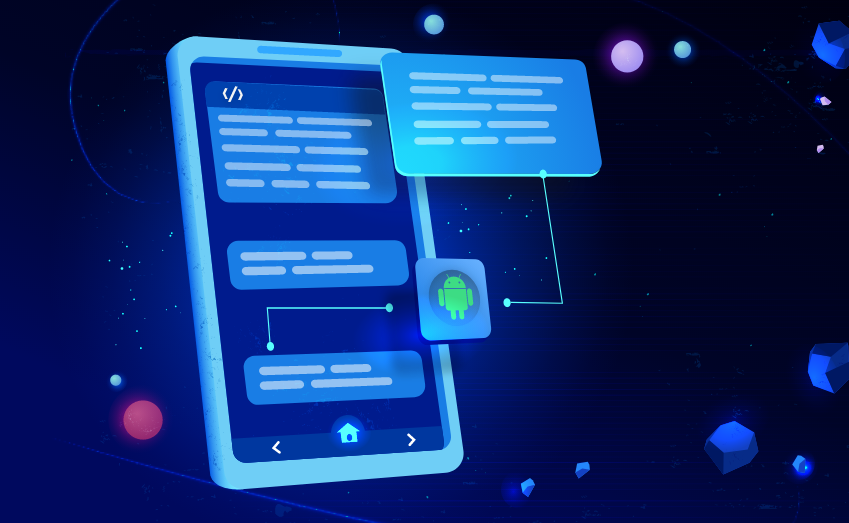 When testing Android applications, manually or automatically, there are several scenarios to validate. Some scenarios may require a specific setup that takes a long time to perform ⏳

Suppose you need to test a feature of your app while the device battery is running low. If the battery is full, you’ll need to wait several hours before it is discharged. The worst scenario would be if you are testing it using an Android Virtual Device (AVD), how would you discharge the battery of an emulator?

Another required setup with a certain frequency is clearing the application data before launching it.  This takes less time than fully discharging a battery. But if you must manually navigate to the app info screen and press the clear data button before each test, you will reach the end of the day with several valuable minutes, maybe hours, spent doing this repetitive action.

This article will show you how you may perform these kinds of actions by a command in a terminal. This saves you time and improves your productivity.

Android Debug Bridge, or simply ADB, is a tool included in Android SDK that allows us to send commands from a computer host to an Android device. Using ADB makes it possible to copy files to/from the device, and is among the most useful of its features, run shell commands in the Android device 📱

Before using ADB, we must enable USB debugging in Developer options in the Android device. To do that, launch the Settings application and navigate to About Phone, or About emulated device if you’re using an AVD. Perform several touches on the Build number until the message “You are now a developer!” appears. This enables developer options.

Return to the main screen of the Settings application and go to System -> Advanced -> Developer options. Find the option USB debugging and enable it. Now connect the device to your computer using a USB cable and you are ready to run ADB commands!

The first command you should learn is the one to list the connected devices, so you can check if your device was correctly recognized by the ADB server. To do that run the command:

Having found our device in the command output, we are good to proceed to more interesting commands.

Do you have any idea about how to discharge the AVD battery yet? 🔋 Probably not if it is a virtual device with no real battery. But fortunately we can use the following command to simulate any scenario we want, like setting the level to 1% only:

You could also try to connect/disconnect an AC charger:

Or if you prefer, try with a USB cable instead:

After running each of those commands you can reset the battery options using:

ADB commands are way more powerful than just faking battery parameters- we can also do more things like taking screenshots and recording videos of the device screen. Let’s start recording a video of our device screen by running the following command:

This will record the device screen and save the video file to the path / SDcard / Movies / video.mp4. To stop recording press Ctrl + C to finish the command. In order to take a screenshot of some screen of our app we just need to navigate to the desired screen, and then run the command:

The command above will take a screenshot of the current screen and save it at the path / SDcard / Pictures / screenshot.png. If you tried running the command, you may have noticed that no output text is displayed, so how can we check if the screenshot was really captured? Fortunately, we can use ADB to several commands that are well known by users who are familiar with Unix commands, like the ls which we will use to list the files from the Pictures folder:

The screenshot file was now copied from the device storage to the computer desktop. Now let’s suppose that you opened it on the computer, made some changes in the image file, and want to copy it back from the computer to the Android device. What you need to do is run the ADB push command instead:

As mentioned before, we are able to execute Unix-like commands using ADB shell, and we already used the ls to list the files in a directory. Now let’s use some other commands that may help a lot when we are dealing with files. We may want to have a specific folder to save our screenshots, separating them from the other pictures. For this, run the following command to create a new directory, after that run the ls in order to check if it was created correctly:

As we can see in the command output, the directory was created but the screenshot that we have taken before is still placed inside the Pictures folder. We can use this command to move it to the new location:

If instead of moving the file you wanted to copy, then you could have used the cp command instead:

And after copying and moving the files, you can just delete them by using the rm command:

As you may imagine, we can do much more with ADB. The next commands are even more important to testers once they allow us to obtain data about the android device such as logs, application, and Android versions, which are very important when reporting issues or tracking bugs.

Probably the most important one of them is the log, which is how the developer will use it to understand what went wrong with the application ❌ The log can be obtained using logcat:

The command above will print the log to the console output. In order to stop the process, press ctrl + C to stop it. Using the logcat command without any additional option will print the whole text available in the main logcat buffer, which probably is not so useful for your tests. You then may want to use some filters. We can filter the logs according to their priorities:

If we want only the messages with error priority or higher, for example, we just need to use the command:

To filter by other log priorities, just change the end of the command with the respective letter. We can also filter the output by the tag used by the application logger 🔖 The command below prints to the output log messages with the tag MyTag and priority level Info or higher. The *:S at the end will exclude the log from other tags with any priority:

Besides logs, there are several other important data, such as device build, current language, or Android version, that can be obtained by using ADB commands:

The command above will output all the data that can be obtained using this command, but we can also pass the key displayed inside the brackets in order to get only a specific value. Some examples are displayed below:

Another interesting feature of ADB is the possibility to interact with the Android device by performing touches and swipes on the screen, entering text, and pressing buttons. To execute these interactions, we will use the input command followed by the name of the interactions to be performed and their arguments.

So to enter a string in a text field, use the command below (make sure the field has focus and remember to escape the whitespaces):

The touches can be performed by coordinates. Just use the input tap command followed by the x and y points to be clicked:

Similarly, the swipe command can be executed by sending the coordinates, but we need to send two different points, the initial and the final ones. Optionally we can define the duration of the swipe movement in milliseconds:

We can also use the input command to press device buttons, like home, back, menu, or even other less common ones like camera or headset buttons. This is possible because each of these buttons has a key code associated with them and the input command uses those codes to perform the actions.

You can find the list of all key codes in the official documentation 📃 See some examples below:

Another scenario where ADB is really useful is when the testing applications are launching activities directly, which can be done by using the Activity Manager (am). Besides launching the main activity of an app you can also lunch other ones, reducing the steps required to reach a screen 💪

Let’s start using the Activity Manager to launch an application by its package name. We’ll use the Settings app as an example. Its package name is com.android.settings:

After running this command the Settings application will be launched on the Android device. This command will just launch the application’s main activity. If we want to launch another one, we just need to inform the activity name with the flag -n. The command below launches the Wifi Settings screen directly:

But how can we discover the activity name that we want to launch? Fortunately, there is also an ADB command to do that. We just need to use the dumpsys to extract the information about the activity that is being displayed on the screen.

Once the command will output a lot of data that is not relevant for us, let’s filter the output with the grep and cut shell commands in order to print just the activity name:

After launching the application and performing your validations, surely you will want to close the app. To do that is just as simple as launching it, just use the force-stop command with the package name:

The last type of command presented in this article will be the one that uses the Packager Manager (pm). Using the Package Manager, press clear application data, grant and revoke permissions, and also list all the installed applications.

As mentioned at the beginning of this article, despite the fact that cleaning the application data is a quick task, it may consume a lot of time from the tester if it needs to be repeated before each test. To solve that, we may run a pm command to clear the application data by using ADB.

To test that, try launching the Clock application and making some changes like creating an alarm ⏰ After that, run the command below and verify that all changes have been reset:

After clearing the application data, you may want to grant the application permissions. This can be done manually when the app asks for them, but you could also enable them beforehand by using the pm command. The command below will grant the permission android.permission.READ_EXTERNAL_STORAGE to the Clock application:

If you want to revoke this permission, use the following command:

In order to discover what is the name of the permissions to be used, you can use the pm command to list all known permissions:

I hope the commands presented in this article have been helpful to you and saved some effort when running your tests. It is also nice to point out that the ADB shell commands can be executed from UI Automator scripts, so they can also be useful for your automation scripts. You can also use TestProject’s ADB Wrapper Community Addon to execute any ADB shell command.

Please have in mind that those are just some of several available commands. There are a lot of possibilities that can help you and your team when working with Android devices. You can learn more by running the adb help command 👩‍💻

The ADB tool is a must for anyone working with Android devices, whether it’s a developer or a tester. Hope you enjoyed my tutorial 😊