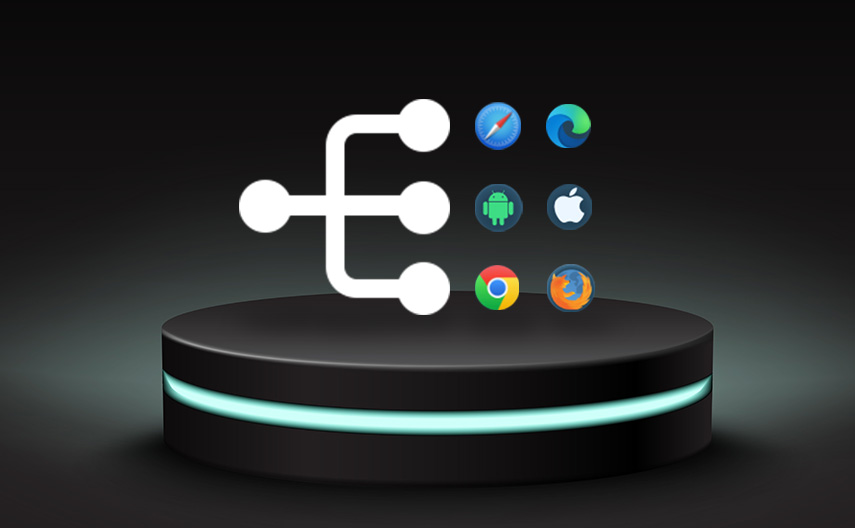 For years, Sequential Testing was the execution method performed by most teams. Sequential Testing, also known as Serial Testing, is a time-consuming process. It executes each test in a subsequent (coming later) order. Therefore, the next test does not run until the previous test is finished. Parallel Testing is much better and in this article we’ll learn why 😉

What Is Parallel Testing

Parallel Testing is a test process that concurrently runs multiple tests. We can execute 1 or more tests on multiple browsers with multiple data sets at the same time. The purpose of Parallel Testing is to resolve time limitations by dividing our test across resources. There are many combinations to perform Parallel Testing. For example, we have the ability to test multiple users on Chrome, Firefox, Edge, Safari, and other browser(s).

So, if a Test Suite has 3 users that need to be executed on 3 browsers, then that’s a total of 9 Test Cases. Can you imagine executing 3 usernames/passwords serially on Chrome, Firefox, and Edge? 😵 The job will complete but take a considerable amount of time. However, it won’t take a long time executing the Test Suite via Parallel Testing.

With TestProject, an engineer can create only 1 data-driven Test Script and run it against all devices, browsers, and operating systems (The devices include Android emulators and iOS Simulators). Thus, saving up a bunch of time & effort.

Additional Parallel Testing benefits consist of increasing the coverage for testing and optimizing the CI/CD Process.

Getting Started With Parallel Testing

There are a couple of solutions to get started with Parallel Testing, such as using Selenium Grid or Docker containers (as also described here). Last week, TestProject announced its latest 3.0 version – now becoming another great FREE solution to achieve parallel test execution on a single Agent, without any complex configuration of 3rd party tools (Selenium Grid/Dockers) and without any 3rd party integrations to device farms (Sauce Labs/BrowserStack).

In this parallel testing guide, we will learn how to get started with Parallel Testing by downloading the TestProject Agent. It’s available for our Desktop and Docker. The agent has everything we need to test locally or in the cloud. 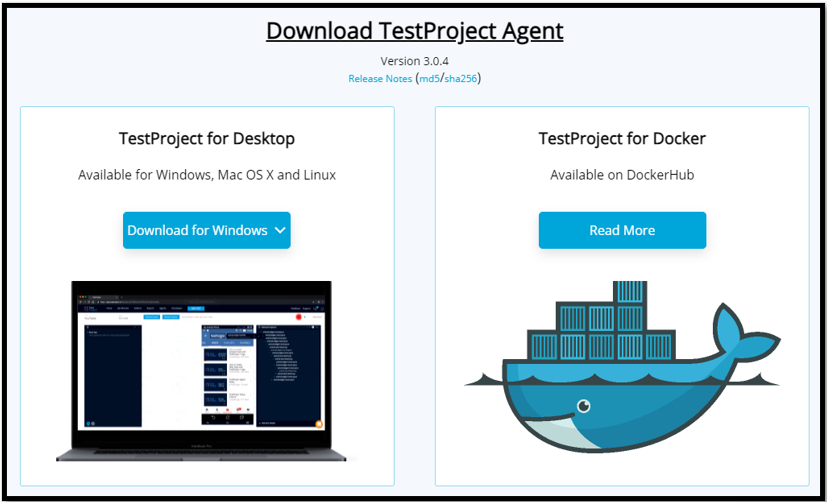 We have the option of creating a Mobile or Web Test. In the test, TestProject allows us to set up parameters and data sets. Parameters are placeholders representing an actual value. A data set is the actual value for executing 1 or more test cases. Here are 2 screenshots showing the different test types and Application Under Test (AUT) – TestProject Example page. 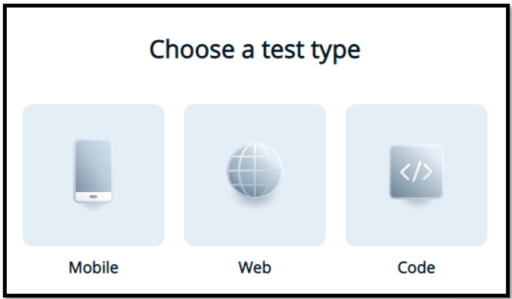 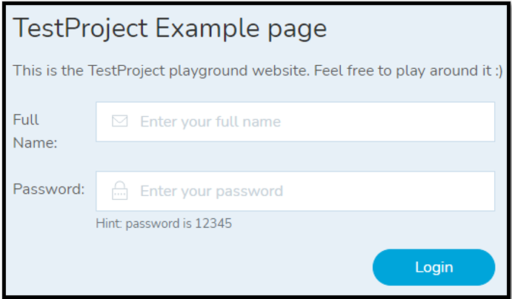 There is a total of 10 steps for this test case. The test case logs into the application, enter/select data then save the data. After saving the data, a verification step confirms Save is visible. 4 of the steps incorporate parameters: Steps 1, 2, 6, and 7 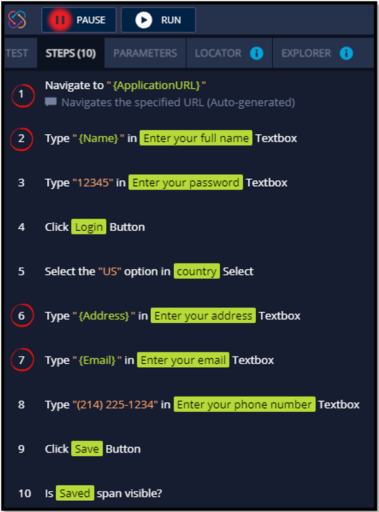 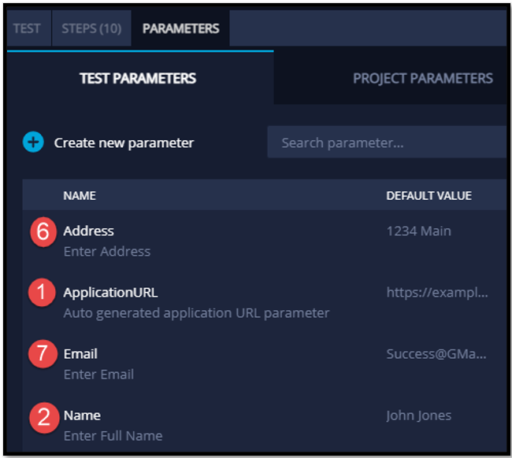 The value https://example.testproject.io/web/ for ApplicationURL was not added in the .csv file. Each test case uses the same value. However, data sets for Name, Address, and Email are located in the .csv file. The following screenshot displays 5 sets of data that will be used for Data-Driven Testing.

We can combine and perform Cross Browser Testing with Data-Driven Testing. Both types of testing show why Parallel Testing is important. It’s critical because multiple data sets are executed on multiple browsers. The following screenshot is an example of selecting 3 browsers (Chrome, Edge, and Firefox). 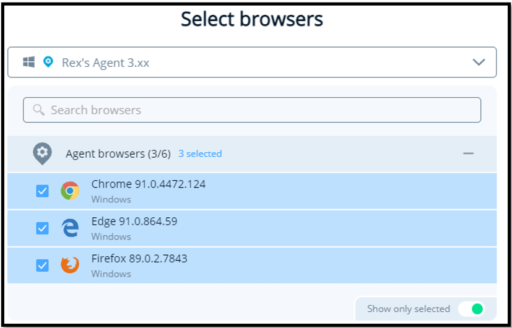 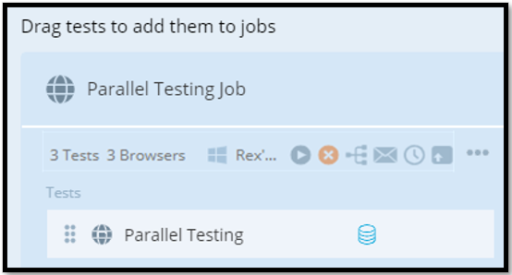 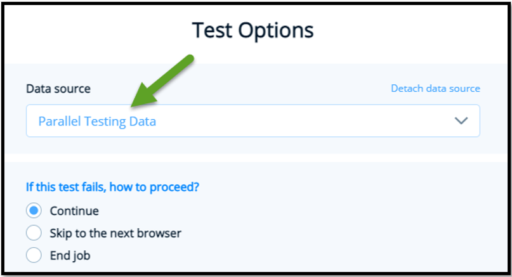 When selecting the Execution Settings, we can select Serial or Parallel. Serial executes each test one by one with an option to restart the browser before each test. 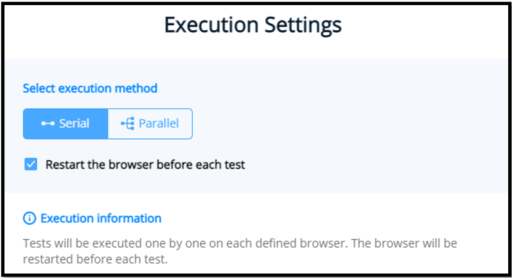 While executing the job, the Execution details reveal the process of Serial Testing. 1 browser executes 1 Test Case at a time. Firefox shows up while Chrome and Edge are waiting for execution.

The following screenshots display Execution Settings and the details for Parallel Testing. Unlike Serial Testing, all 3 browsers (Firefox, Chrome, & Edge) start executing at the same time. 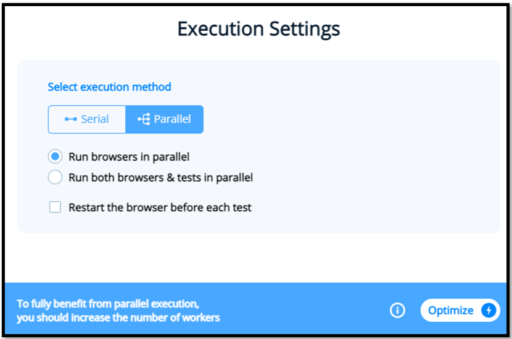 After executing the test for Serial and Parallel, the following screenshots reveal a difference in time. The Test Results show Parallel Test executed half the time of Serial Test! ⚡

The below webinar video provides even more details on Parallel Testing. Here are some Key Takeaways from the webinar:

Hope you enjoyed this parallel testing guide and would love to hear your own comparison of serial vs. parallel test executions – share it in the comments below 😎