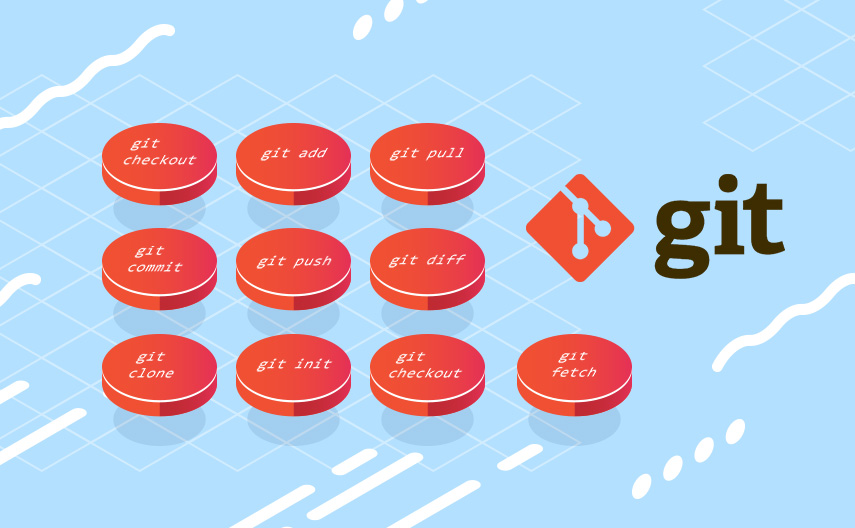 What are Git Commands?

Git commands are a distributed version control system for tracking changes in any set of files. They were originally designed for coordinating work among programmers who were operating source codes during software development.

Git is a fast, scalable, and distributed revision control system with an unusually rich command set that provides both high-level operations and full access to internals.

Using git –help in the command prompt (on Windows), terminal (for Mac), or shell (on Linux) will give you a list of the available Git commands: 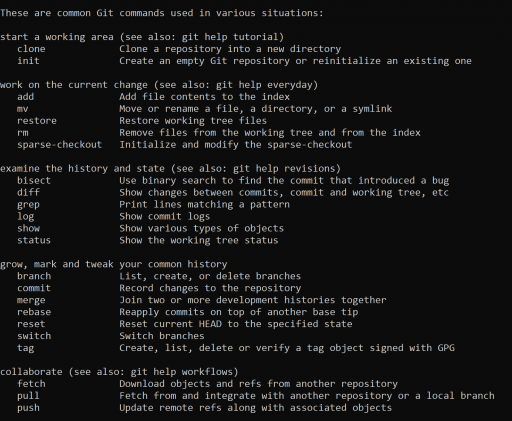 Let’s look over some of the most useful Git commands and understand them:

This command is used for downloading the latest version of a remote project and copying it to the selected location on the local machine. It looks like this:

To clone a specific branch, you can use

This Git command will get all the updates from the remote repository, including new branches.

You can use the checkout command to switch the branch that you are currently working on.

If you want to create a new branch and switch to it, you can do it by using this command:

This is the command you need to use if you want to start a new empty repository or to reinitialize an existing one in the project root. It will create a .git directory with its subdirectories. It should look like this:

This one is probably the most used Git command. After changes are done locally, you can save them by “committing” them. A commit is like local a snapshot of the current state of the branch, to which you can always come back. To create a new commit, type this command in Git Bash:

If all goes well, you will see the changes in the commit:

Git push will push the locally committed changes to the remote branch. If the branch is already remotely tracked, simply use it like this (with no parameters):

If the branch is not yet tracked, and only resides on the local machine, you need to run the command like this:

You can use this command to see the unstaged changes on the current branch. Here’s an example of a branch with an edited feature file:

If you want to see the staged changes, run the diff command like this:

Or you can compare two branches:

Using git pull will fetch all the changes from the remote repository and merge any remote changes in the current local branch.

This is the command you need to use to stage changed files. You can stage individual files:

Using git branch will list all the branches of the repository:

Or you can use it to create a new branch, without checking it out:

Git can be a really powerful tool in any development project and you will probably use most of these commands on a daily basis if your team uses Git for version control.