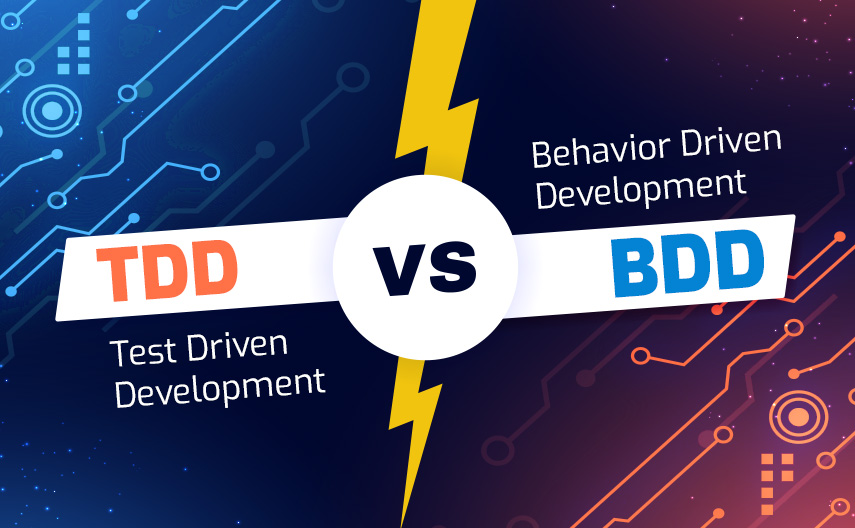 Product development always starts with planning. Planning helps the developers give direction and learn the motives in a better way. In the earlier days, we would gather the requirements, divide the development tasks and start the development process. As a next step, we would test the software, raise the issues and develop again.

Although that worked well in the past, the researches and increasing project complexities have given birth to two new concepts used in the planning phase today: TDD and BDD. TDD and BDD are the development processes that come during the start of the development and do the same job of shaping our development work.

While TDD and BDD have been around for a while, people tend to confuse both the terms generally. Whenever someone asks, “What is the difference between TDD and BDD?”, the majority of the testers can’t solve this puzzle. Being the two most popular design techniques and foundations for test cases, I feel the need to declutter this situation so that you can answer that simple question in the future. In this post, we will solve the following riddles:

To understand the difference between the two entities, we must first understand them individually. At this point, I will not consider the involvement of BDD in the definition of TDD and vice versa to keep things simple. In the later section, when we are familiar with the concepts, it will help us compare both the mechanisms and build stronger foundations.

TDD stands for Test Driven Development and the name speaks for itself here. When the development of the software is driven through the tests, we term this approach as TDD. In TDD, we start with the tests first which are based on the requirements or understanding of the software, and then move on to the development part. For example, if I know the software takes alphanumeric as a password, I can build a test around that before the code. Generally, the tests would fail because even though we know the functionality while writing the tests, the code has not been done in the same way. What do we do then? We refactor the code according to the tests until the test cases are passed and we are satisfied. 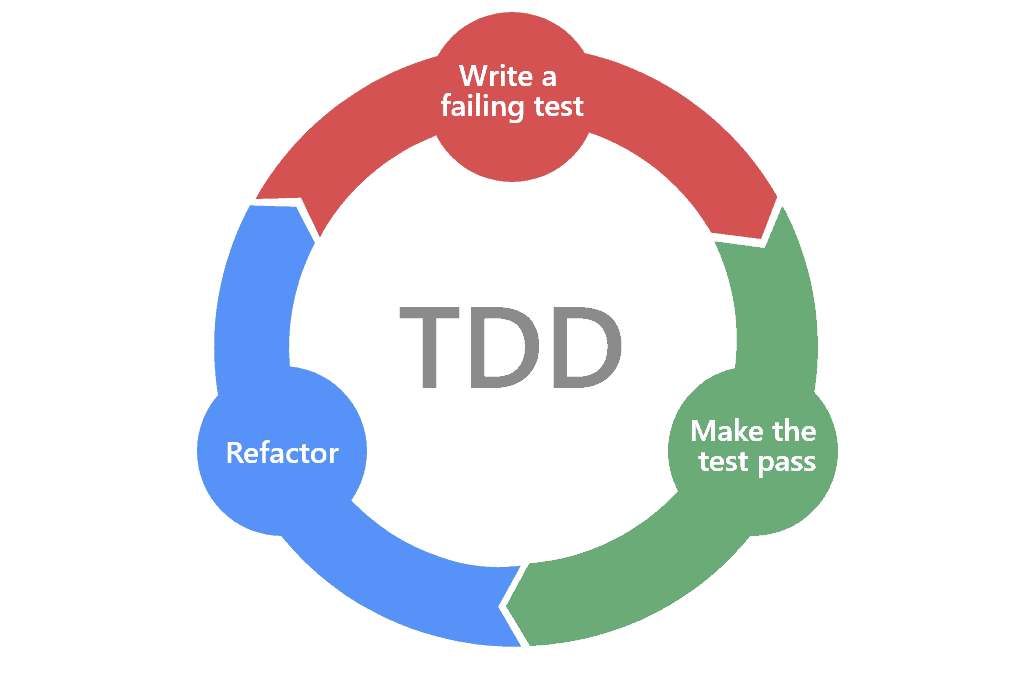 To understand the test-driven development approach, in the example below, we will try to create a software that returns “True” when the number passed is divisible by 3.

As a rule, we will start with a very simple test to check if “1” passes the tests or not:

In another file, I will write my code as follows:

The test case will fail because no matter what the number is, the Func() will always return “True”. This means we are not implementing the code correctly and is a call for refactoring. We refactor the code to “False”:

Now my test case will pass as the expected value is the real value. As a next step, I test with the number 2.

This test case will pass too as the outcome is again “False”. At this point, we might think that this is the correct implementation of the software but the more test case you write, the better quality of the software will be written. Hence, I check for 3 now.

This test case fails! Now we need to refactor the code. Maybe the value “True” is expected only for a number 3. So, I refactor my code accordingly as follows:

Now when I run all the test cases (1, 2 and 3), all my test case passes. I am on right track now. As a tester, I know that since the test case passed for 1 and 2, they would pass for any number except 3. So, I take 6 now as the input and write a test case as follows:

Again, my test case fails as the number is not 3 and therefore the “Outcome” is “False”. I need to refactor my code again at this point. I make some new changes to my code as follows:

This will result in a successful test case on all the numbers. After repeated refactoring, we have achieved the function implementation according to the tests. Therefore, we call it a test-driven development. Sometimes, this is also called a “Red-Green” approach or “Red-Green” testing because the test fails (Red) and then passes (Green).

There are a lot of benefits of the TDD approach:

Another type of development strategy is Behavioral Driven Development. By now, I am sure you must have already guessed what BDD is in comparison to the TDD approach. BDD approach works towards the behavioural aspect of the development. In BDD, we start with defining the expected behaviour of the system and then write code accordingly. An example of behaviour can be, “if the customer is above 60 years of age, reduce the interest by 2%”.

The strength of the BDD approach comes from the mode of communication used in it; plain simple English. Like English helps in bridging the gap between people in various parts of the world, BDD bridges the gap between non-technical and technical people working on the same project. BDD uses an informal approach and requires no technical knowledge in constructing the documentation. The process of BDD starts with a simple discussion between the client and the manager/analysts in order to understand the requirements and the software they need to develop. The next stage comes with documenting certain examples that satisfy the requirement for the client’s assurance as well as for the coder’s reference. The last stage is to code the requirements and test them with more tests and examples.

The following test represents the BDD approach for banking (or an ATM) software:

The BDD language can be read, formulated, and updated by anyone from the technical or non-technical team. The greatest strength of BDD is that the client can read this language and understand if his requirements are correctly understood or not. Similarly, developers understand the requirements clearly too.

Context: This is the story or overview of the scenario. In the example above, “Money Transfer Changes Balance in Account” is the context.

Event: An event is a behaviour you want in the system. In the example above, the following is the event:

Outcome: The final section is the example section demonstrating the expected outcome of the event. In the above example, the following is the outcome:

BDD is an excellent way to document the system behaviour and use it in place of unit tests because unit tests are very hard to perform when the system is completed or already exists. Covering a large audience under it, BDD tests are also a better choice than TDD as it allows a greater feedback loop (including the client) and other business and managerial employees. The only problem with BDD is that when something goes wrong in the tests, it is hard to locate what went wrong and at which location. This also increases the overall project development time.

There are a couple of popular tools to implement BDD, such as Cucumber, SpecFlow and Behave. In fact, TestProject is BDD testing ready, and has built-in BDD plugins for each of these BDD frameworks:

BDD brings loads of benefits with it, which makes it a popular choice in the organization. The most important benefits are summarized below:

Similarities between BDD and TDD

Even though the development in both methods is driven by different engines, they both possess the following similarities:

Differences between TDD and BDD

Now that we understand the working and implementation of TDD and BDD, we can summarize the differences between them as follows:

TDD or BDD – Which approach to go for?

TDD and BDD are both extremely important development techniques and are used very popularly today. But, that does not mean they can be used everywhere and anywhere we want. TDD and BDD can also prove to be expensive and ineffective when used in projects that do not require them. The below-given list underlines the correct process to use when you encounter the following scenarios:

Alright! After a long discussion on two of the essential development approaches, we can now answer the question that we discussed at the start of this post, “What is the difference between TDD and BDD?”. Even though the question seems simple, a lot of the times I have found people being confused in both approaches, and the vague answers never seem to satisfy the questioner.

I hope this post helps you decide which path to take while starting a project in the future. As a tip, I can say that sometimes, you can start with both of them if the requirements satisfy this approach. There is no harm in using both approaches or sometimes using none of them. Sometimes just unit tests and integration tests are enough for your project. There is no standardized “best” approach here and it depends completely on the project.

Apart from the points discussed here, if you have anything to add based on your experience, we welcome your suggestion in the comment section below. I hope this post helps you shape your testing and development approach in your next project! 🚀