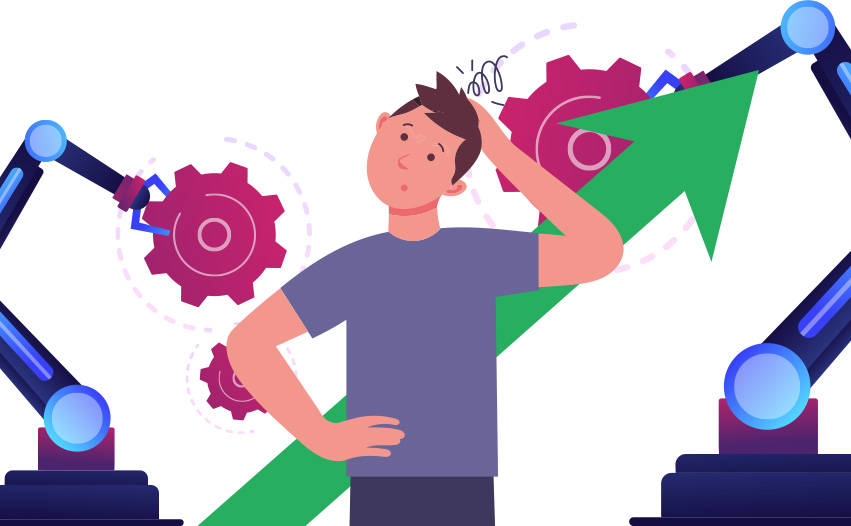 Codeless automation used to get a really bad rep. Testing professionals are still split on the subject, for some the idea that codeless automation tests are more harmful than useful has persisted, although the tools have, in fact, gone quite a long way since the early days of Selenium IDE. For others, though, codeless automation is seen as a growing trend in software testing.

So what does codeless automation mean? 🤔 It’s performing automated scripts without writing any of the code yourself.

Let’s dive into some of the common misconceptions related to codeless test automation.

This used to be true for older record-and-playback tools. For example, if the developers changed a web element used in the test, the test would fail because of the changes done to the code. This wasted valuable time for a change that most likely didn’t break anything in the AUT.

This is no longer the case. Tools such as TestProject store the web element’s locators inside the tests within a collaborative POM repository, so it’s enough to update just the changed locator in one place without making other changes to the test. They can also help you identify the best locator with a built-in element locator:

You can also benefit from their self-healing technology, which means that the tool can fix the tests on the spot, without any interference from the tester.

Tests are not sharable

This may have been the case before, but modern tools now have various integrations that allow sharing test cases or results among the team. Here are some ways TestProject, for example, allows tests sharing: 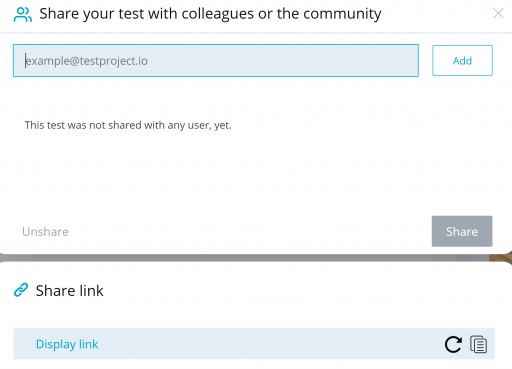 It also allows you to generate manual tests in Excel format, or to download the test reports locally.

And because the tests are stored in the cloud, not on the tester’s local machine, they can be accessed from any location and any device.

It only applies to UI testing

This one’s just… wrong. Everyone these days knows the importance of CI/CD, and that includes the creators of codeless tools. Perhaps not all tools offer CI/CD integration, but here at TestProject you most definitely can include your recorded or codeless tests in a CI/CD flow. Read more about this here or here if you don’t believe me 😎

Requires little to no programming knowledge

I think this one’s kind of obvious. As a tester, you don’t need to know how to program if you are using codeless automation tools. If you learn the tool, you can use it without worrying that you don’t understand what happens behind the scenes of the tests. You can record the steps of the tests while you execute them in your AUT. Then you can later modify them or add more steps to your tests, using the tool’s UI. Here’s a validation added through TestProject’s UI without writing a single line of code: 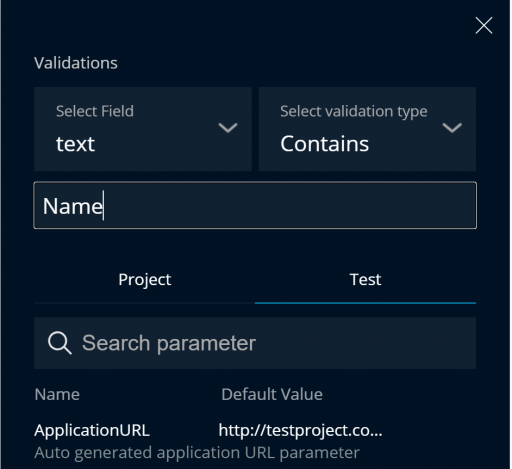 For the same reason, codeless automation testing tools are easy to learn. While having a technical background can be a plus in the testing field, it’s not mandatory. And learning a codeless testing tool takes considerably less time than learning how to automate tests by writing the code yourself.

Another benefit that comes from this is that the created tests can serve for training purposes, especially end-to-end tests which cover many scenarios and flows that can be performed in the application.

Can generate test code faster than a human can write

Once you created the tests, generating the code is done in a matter of seconds. That’s a lot faster than any experienced automation tester can write. This saves up valuable time for the testing team, which can then concentrate on other tasks, for example on performing exploratory testing. It also means that the codeless automation easily integrates even in Agile development life cycles, and the automated tests can be created and executed during the sprint. 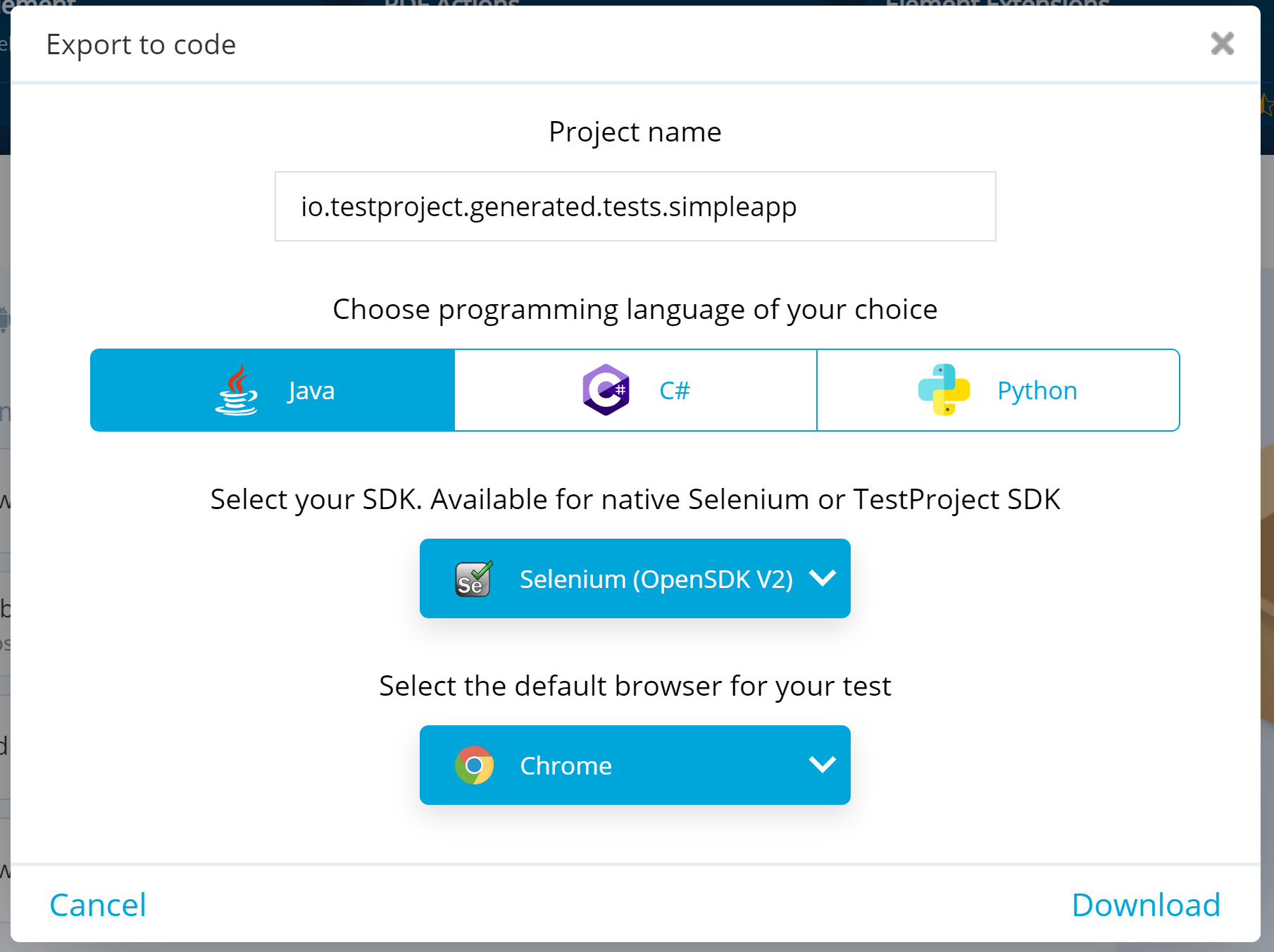 Easy to set up

In addition to not needing extensive programming skills, testers working with codeless automation don’t need to bother themselves with complicated tool setups or system requirements. To install tools such as Selenium IDE means to merely add an extension to your browser, while cloud tools like TestProject require you to simply sign up to the platform, and to download an Agent. From here, you can go on with creating your tests in your tool of choice, no need to worry about any dependencies or maintenance hassles since their Agent already wraps Selenium and Appium for you.

Software development and software testing are fields that continuously change and adapt to new needs. We now have many tools that come to our aid in our work. And while codeless tools used to be considered a bad choice in the testing process, they have become great assets, and come with many benefits. Codeless automation tools can help us work smarter, not harder 😉