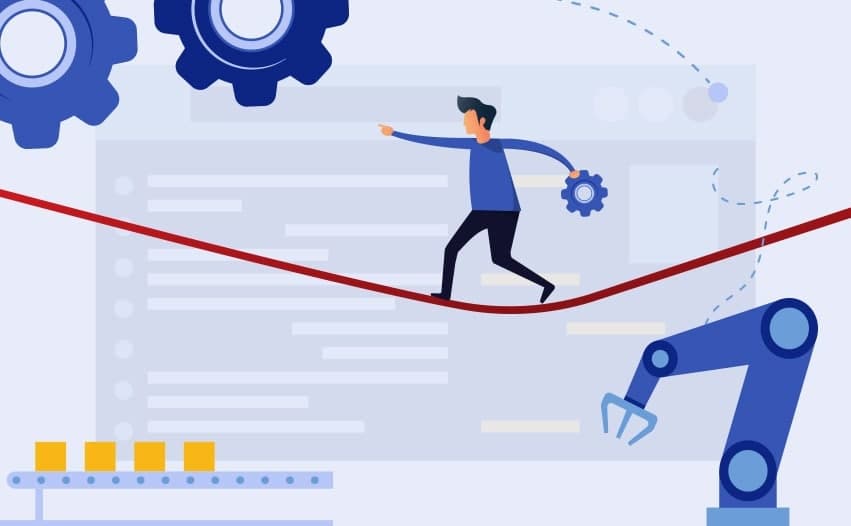 “The biggest risk is not taking any risk… In a world that’s changing really quickly, the only strategy that is guaranteed to fail is not taking risks.” — Mark Zuckerberg

While this is more of a philosophical statement, one needs to look at it objectively and more pragmatically. Let’s first understand Risks and what they are. Risk is: The probability of occurrence of an unexpected outcome causing a negative impact.

If a risk is not identified and mitigated on time, then there can be catastrophic effects such as loss of revenue and perhaps even loss of life. It is therefore very important to identify, analyze and mitigate risks on time. Risks can be broadly classified into 3 categories:

With this background information on risks, let’s now look at Test Automation. Businesses worldwide are focusing on automation with the goal of making them faster, efficient, error-free and accurate. Test automation is the automation of certain test procedures using code and/or tool.

While Test automation brings to the fore a number of benefits such as accuracy, efficiency, speed and agility, there are a number of risks that test automation is prone to. Let’s look at some of the risks in Test Automation and begin talking about the obvious ones first.

A lot of these risks are handled very well by having a tool that is cost-effective and capable of mitigating such risks and one such tool that helps you address some of these obvious risks is TestProject, that helps in scaling up to businesses and flattening the learning curve for testers. It helps testers collaborate and work seamlessly in complex environments. It helps foster collaboration through features like the Share Center allowing testers to share their test case with anyone. Now that is a great feature to have 🤩

Now, let’s look at some of the not so obvious risks in Test Automation:

On the other side, it is often seen that Automated Testing is used primarily for regression testing and the scope is just limited to converting pre-existing test cases to automation code so that the tool can be used to execute the tests. This is a limited view of automation. In order for automation to be used effectively in testing, one could use it for:

It is therefore important to understand the purpose and scope of automation.

While taking up any assignment, it is always advised to see if it is possible to actually take up the project. If the project can be taken up then what may be some of the challenges or what are the aspects that one needs to be aware of before getting on with it. This in simple terms is deemed as feasibility. For test automation projects, feasibility analysis could entail tasks such as evaluating what can be automated and what cannot be? From what can be automated, we need to look at what are the layers in which automation can be done? Is it possible to do end to end automation? What tool or tools can help in automation?

Test automation is also a solution for a lot of risks in testing. We can consider test automation as a mitigation for the following risks:

The Downside of Risk Analysis

The whole idea of testing is based on risk analysis. Every test is a risk being analyzed or a mitigation being verified. However, risk analysis does not come easy. Here a few downsides:

Risks are a part of the testing journey of a product and it is not different for test automation. It is therefore important to understand and analyze the risks involved in test automation and seek mitigation via the tests!

This blog is also available as a webinar you can watch here: