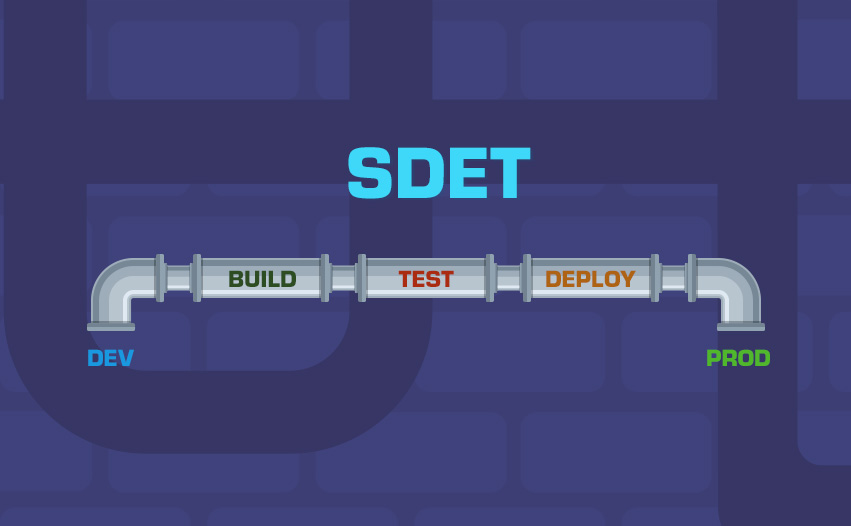 In my recent post on LinkedIn, it was evident that there is confusion among the community as to who is a SDET (Software Development Engineer in Test) and a lot of discussion surrounding it. Are they developers who can write tests? Or are they testers who can help with test automation? Or maybe they are test automation specialists who are interchangeably called SDETs? And why was this role even created? 🤔

Developers: A computer programmer, sometimes called a software developer, a programmer or a coder, is a person who writes code for the software. A programmer’s most used programming languages are C, C++, C#, Java, Python.

Testers: A software tester is an individual that tests software for bugs, errors, defects or any problem that can affect the performance of computer software or an application. They perform functional and non-functional testing of software using non-automated and automated software testing techniques and tools.

Engineer: Engineers, as practitioners of engineering, are professionals who may help with invention, design, analyze, build machines, complex systems, structures, gadgets and materials to fulfill functional objectives and requirements while considering the limitations imposed by practicality, regulation, safety and cost.

Role of Agile in Changing the Designations and Skillset Overlaps

Ever since Agile got introduced in software teams, it has changed or rather would say affected many designations and positions. To name a few roles like project managers, test managers, dev managers, module lead, etc. Agile preferred calling each person in the team as team members or scrum team members, rather than dev, test or PO, etc. It has slowly resulted in a skillset overlap between different roles, and it is the main reason being dev and testers work very closely in agile.

Testers instead of logging all the defects, discuss with the dev and get the bug fixed in their system rather than leaving unto the developer to reproduce it like previously done in the waterfall model. Also, developers in Agile started describing to testers about the architecture a bit more than ever, so that testers can understand clearly the difference between what is a defect and what is a system limitation rather than just focus on the requirement docs.

It’s evident that in many team’s this Agile amalgamation of a developer, tester and DevOps is not efficient.

Sometimes developers are too quick to understand the requirement and work on the implementation, but cannot meet all the quality standards due to a lack of knowledge about security/performance aspects. Sometimes testers do well in verifying user requirements, but lack architecture knowledge and spend time in discussing what is a defect and what is not. For example, there could be issues in the in-built dev tool which can cause a defect.

At times developers have no interest, or not enough time in writing automated test scripts. Sometimes testers don’t have enough scripting knowledge or time to write automated scripts for in-sprint automation. Also many times DevOps consultants fail to connect with the project. Some Ops don’t bother much that the monitoring system which shows a red alarm for a particular component can be due to the database being stuck at 99% CPU usage, and wonder why the related instances keep recycling. Some functional testers lacked the passion towards technical aspects since they are not from a technical or engineering background. Adding to this, many experienced devs & testers leave the team due to attrition resulting in a knowledge gap.

Solution – Birth of the SDET Role

In my opinion, the SDET role comes to bridge the gaps between various Agile team members, to have a person or couple of people who can assist with all the roles possible when needed with a focus on quality and testing. The various aspects of a SDET can include the below:

Who can become a SDET?

📍 I also recommend exploring more about SDET in these great articles published in this TestProject blog:

The role of the SDET as described above is a technical role, and its primary goal is to fill the gap in the software teams with various engineering aspects of the software with a knowledge about end to end software architecture. However, this should not be misunderstood as a one man show.

The software teams will always need specialized developers as in UI and backend to create code for the application. The team will need functional and/or non-functional testers based on requirements to focus on the quality of the software. If I draw a parallel with soccer, SDET is more of a mid fielder who can at times score a goal for the team and also defend a goal for the team with a focus on assisting the defenders and goalkeeper to defend. Hence, the defenders and strikers reading this blog should understand that no one is replacing anyone.

Keeping the focus on the future, a good and complete software agile team with a long term focus on results should always be a specialized team with a good amount of mix in skillsets!