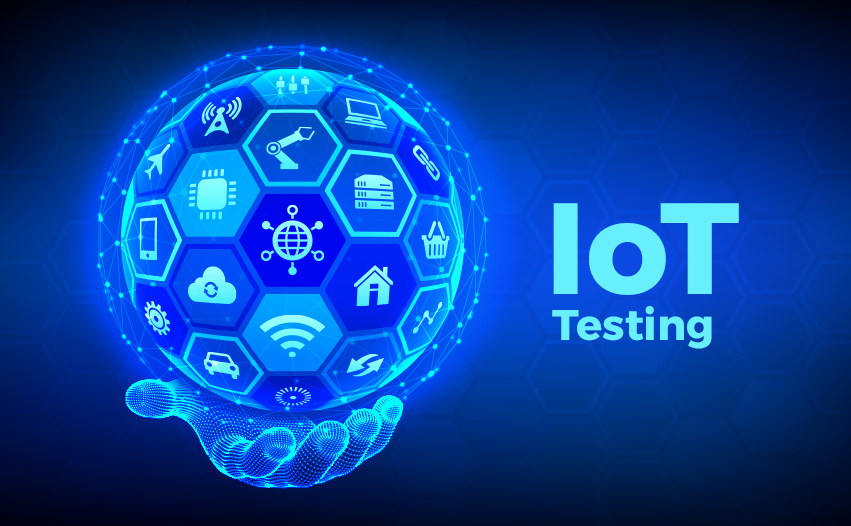 What exactly does ‘hyperconnected in the world of IoT’ mean? 🤔 It is not only about controlling your smart devices. It is the convergence of hardware, software, and the internet, or we can say a convergence of the physical & digital world.

We are already living in a world where the number of IoT devices is more than the world population. Not only this, but a study from Gartner also says that by 2025, the number is expected to rise to 75 billion devices 🤯 In this pandemic time, the power of IoT solutions have effectively paid off and helped to prevent and manage the situation. Some of the scenarios in point are mentioned below:

Why IoT Testing is Crucial?

As any product, IoT devices should be tested for reasons such as the follows:

Eventually, you need to trust your hardware and sensor’s quality and output. There are various methods available to achieve such trust: Embedded testing, Simulation testing, keep firmware updated, prediction algorithm with higher accuracy, etc. Below I’ve listed some common challenges with IoT solutions and how you can overcome them:

The approach for testing IoT applications is unlike conventional testing where the application is developed, and testing is done. Once in production, there not much to do for a tester… Therefore, the testing strategy for any IoT device depends on 4 factors:

With all the various systems and connections IoT introduces, there is clearly a lot to which needs to pay attention to when it comes to testing. The Layer-wise testing scope is as follows:

Overall testing for IoT applications requires the below testing types at each layer from hardware to software:

The use of the right automation, simulation, virtualization, and measurement tools is quite vital. Listed below are some of the tools that could be used in different situations:

The growth of technology solutions keeps on evolving, and testers must be willing to adapt to changes and learn new skills. Testing needs to focus more on user-centric experience, and the aim should not be just to find the bug, but also how to predict and prevent them. If a tester has domain knowledge, then it will help to understand business and user perspectives. Apart from this, testers need to learn new technology and testing the same such as:

IoT strategy is not complete without scalable technology, insightful data, robust security, and engaging UX. Testing an IoT application with different technology involves multiple skills and tool integrations, and as testers, we need to start thinking with the end in mind, understand the context. Break the milestones in a simple step by step approach. Focus on hardware, data, and integration and especially domain. Make most of the solution modular to be reusable and maintainable, identify business-critical transactions, and focus on risk-based functionalities & math-based solutions. Best to follow the cycle build, optimize, adapt & re-invent.