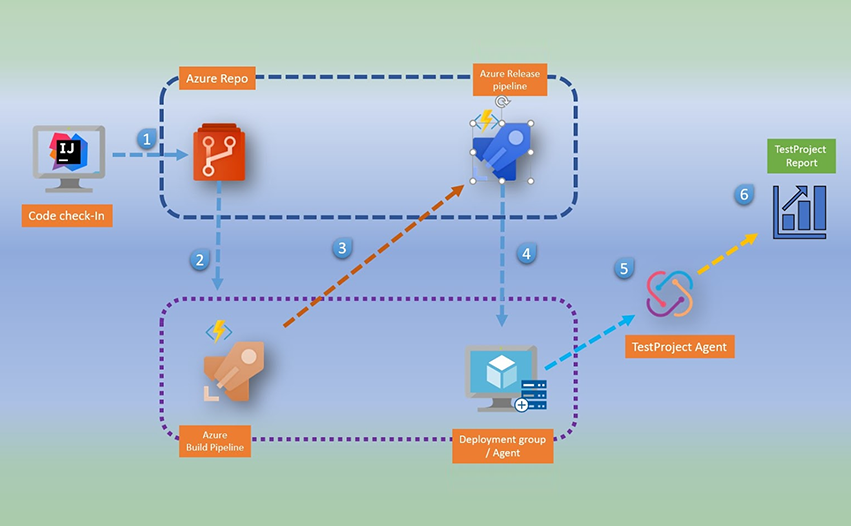 In a nutshell, TestProject’s OpenSDK allows us to write native Selenium/Appium code with either C#, Java or Python, and all while being able to enjoy the power of TestProject’s features. We discussed the OpenSDK in much detail in this earlier post.

Here is the high-level overview of what we are going to achieve in this post and how we can leverage the power of Azure DevOps to perform CI/CD of TestProject Open SDK: 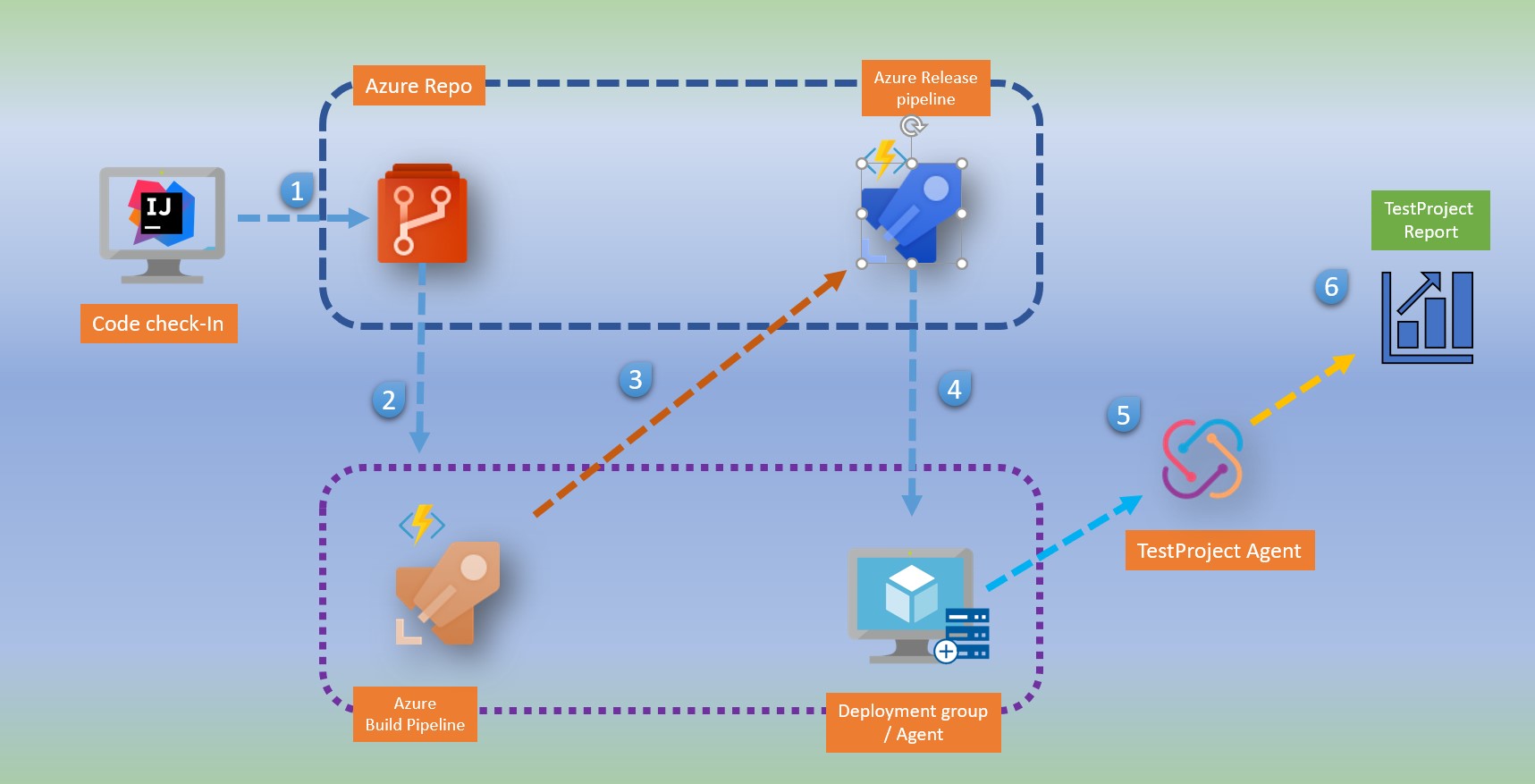 The following signups are required before we begin with the actual integration:

In addition, this guide is assuming you have a working OpenSDK code which is already discussed in this post. To learn more about getting started with TestProject, check out their official maintained documentation or this complete tutorial video series I have created.

Now we have the complete code available in Azure Repo (imported from GitHub repo) and we can start creating our Azure Build Pipeline.

In this case, we are going create Azure Classical Pipeline editor to create a Maven pipeline as shown below:

The only change we need to make on the pipeline is to add all the files to copy for the artifact creation as shown below:

Once the build is baked and ready from the build pipeline, we then need to add to the release pipeline the stages as shown below: 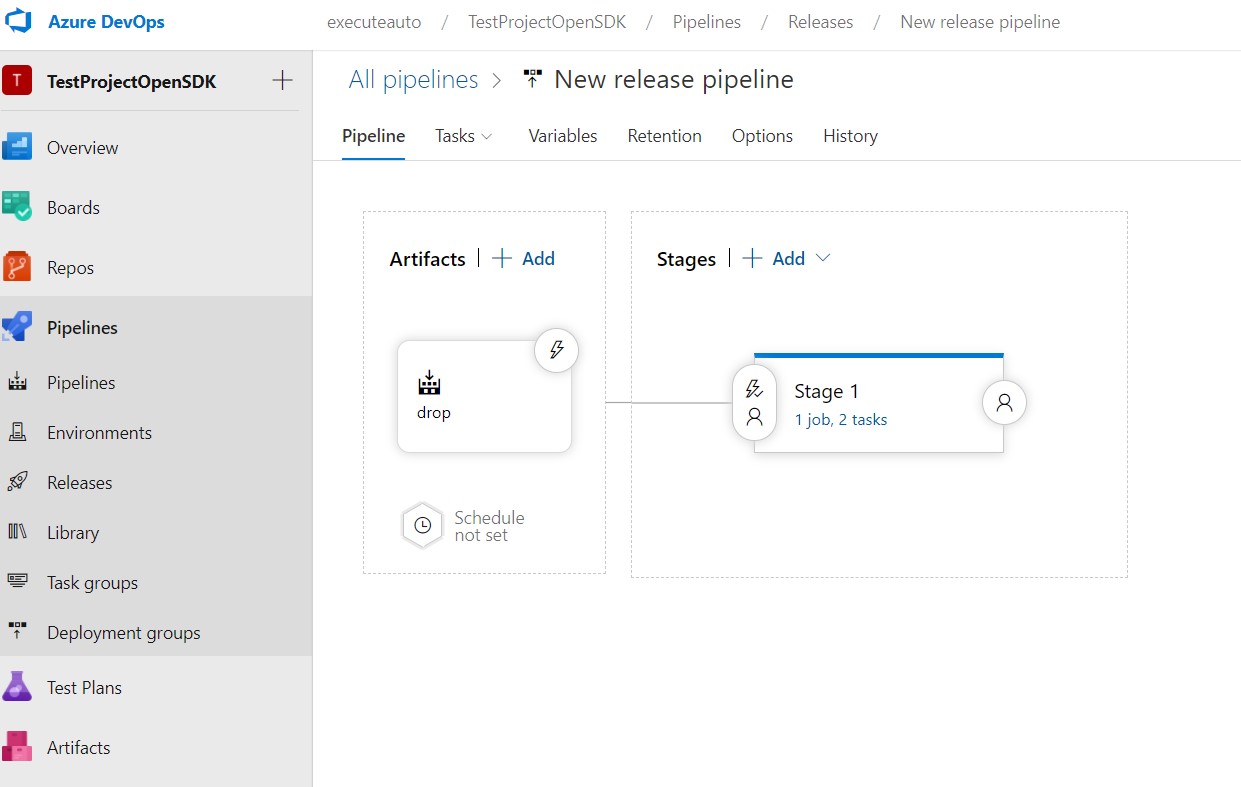 Artifacts are the build from the build pipeline and the Stage1 is tasks that are going to looks something like this: 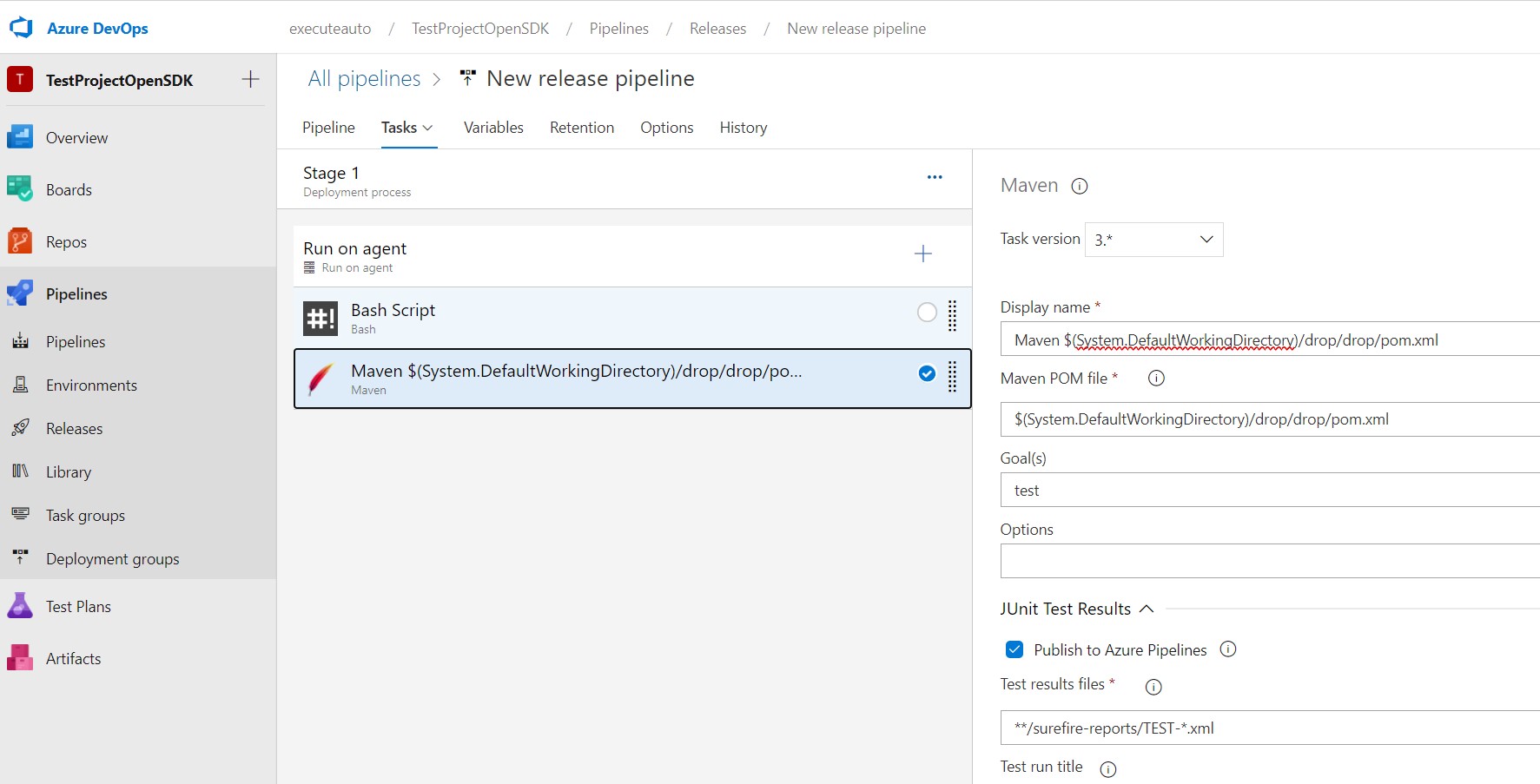 These are the Maven steps of the Azure Release pipeline needed in order to invoke the pom.xml file of our maven project and to invoke the test goal of maven.

Azure Variables are a convenient way to hold the system variables and user-defined variables. In this case, we are going to use both to hold the release numbers and build numbers along with our TestProject secret tokens as shown below:

These system variables are used in our code as discussed in our earlier post as shown below:

Here is how the automatic test report generated out from Azure Release pipeline is going to look like in our TestProject platform:

As you can see, the above report has the following items generated dynamically:

👀👉 This entire tutorial is also available in a video tutorial format for you to enjoy: