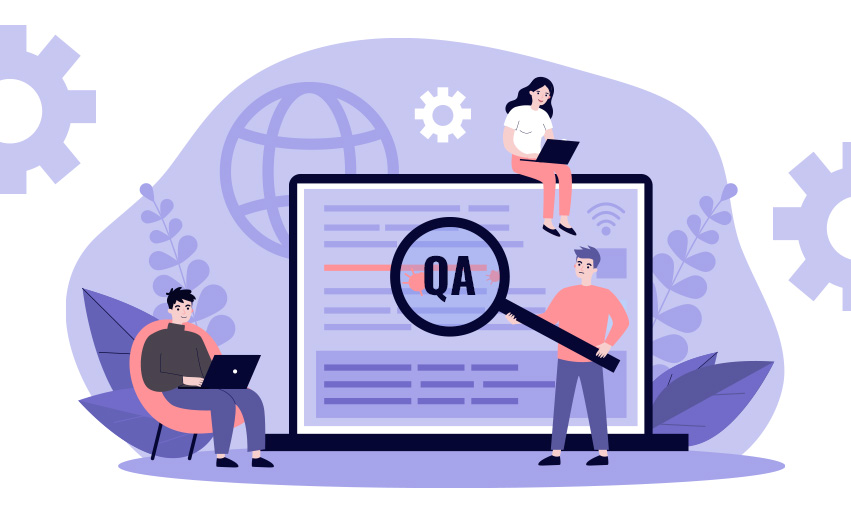 QA environments are something I hear a lot about; it’s an environment I have tested on throughout my career and this always comes up in a new project: “Have we thought about a QA environment”? 🤔 Back in the day, deploying and setting up a QA environment was a big chore, but nowadays we have the hybrid cloud world where we can spin up environments within minutes if not seconds!

In this blog, I aim to explain the importance of having a QA environment and hope that if you are a tester or QA you have these in your teams too! You want to be sure of the product under construction is behaving as expected, therefore deploying it onto a QA environment and performing some tests on it is much better than delivering a product that has not been tested thoroughly, and therefore, leading to undesirable situations for the company and clients.

What’s the use of a QA environment?

I define it as a mirror environment meant to mimic production as precisely as possible without actual customers using it. Imagine this environment to be like a Goalkeeper, standing tall between the last line of defense between the bugs or defects brought in by the recent release and production environment. A QA environment is used by testers, QA analysts or other testing professionals to perform many forms of functional and non-functional testing. Regression testing takes place in the QA environment, making sure that new features are not breaking any existing functionalities or test regression bug fixes. Not to forget this environment allows testers to actually go and explore and also verify if we have met client requirements or not. Once the entire team is happy to cut a release, the release is deployed onto PRE-PROD and PROD. A team may wish to have one or many QA environments depending on the project.

Some questions I tend to hear a lot:

I personally think it’s a great idea to have a separate QA environment. When it comes to testing, testers don’t just test the product but also put the user’s hat on. That means having a dedicated environment, mimicking the clients to perform testing would avoid any critical bugs from being released. Basically, it’s like a safety net 🕸 It not only allows you to test the particular roll-out of the update, but it also can provide an area where you’ll learn new functionality without the pressure of being in your live database. Test environments are often mentioned as “sandboxes”, like a tester’s playground to go and do all the amazing testing and explore how the product actually works and meets client requirements.

Furthermore, having a QA environment ensures reliability and confidence in our code, pipelines. Likewise, the DEV environment is ever-changing and the same goes for the client requirements. If a QA tries to run a full regression test on a system that is constantly altering, it would be impossible for them to reliably state that all features are “working” at any given time. So, setting up a separate QA environment is a better team decision. Likewise, you want to give the testers an isolated environment on which to test, so that developers and testers can work at simultaneously and the team remains more Agile with iterative developments.

Below you can see a cool a continuous deployment processes scheme: 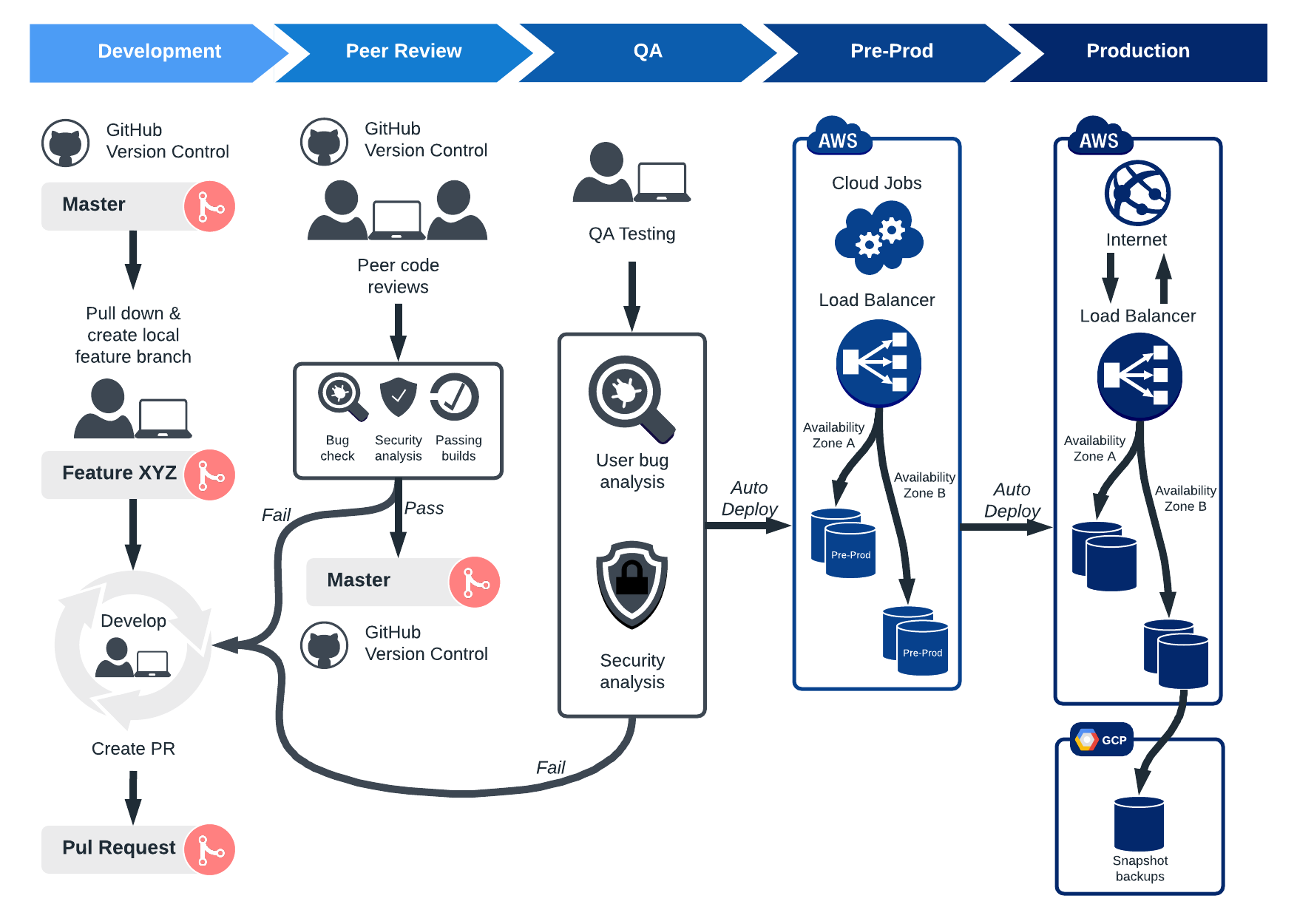 ✅ Let’s review a couple best practices we should include within a QA environment:

In conclusion, testing is a very critical stage of the SDLC. It is risky allowing any defects or bugs in the software being released into the live environments. I personally don’t see a disadvantage in having separate environments for development and testing purposes. This in turn allows both testers and devs to perform their work separately without restricting them to share one environment.

If testers test in a DEV environment, they are likely to see many changes going in simultaneously. Also, it becomes hard to control the state of the environment as multiple developers are working against it. QA environments mimic the production environment, which DEV environment doesn’t. Developers also have different tools and processes they run in their environment that could affect a tester’s result validation. Therefore, it’s vital that the test environments are used for testing the product, its reliability and mainly its production-like. In the end, isn’t it much better to deliver a good quality product, that has been rigorously tested in the QA environment? 🧐