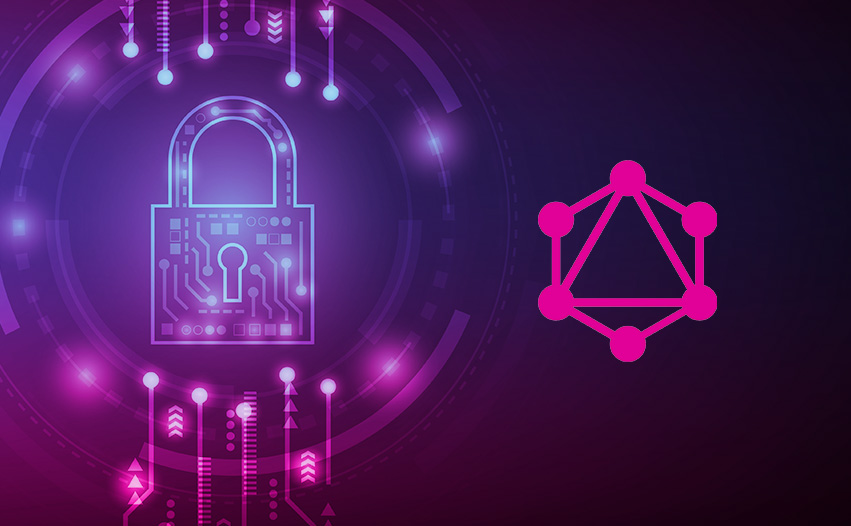 In this Digital world, securing your apps is of utmost priority but often it’s not taken with proper care. The Vulnerability Database shows the list of GraphQL instances reported.

One of the main factors in adopting the GraphQL API is to avoid or replace multiple API calls with a single GraphQL API call. It is essential to include various techniques of cross-functional requirements like, performance, security, load and tracing GraphQL APIs. Let’s take a look at some of the techniques and tools that I follow to measure the metrics of APIs.

Monitoring GraphQL endpoint is a little tricky one, and sometimes the response time goes up high a lot due to complex queries sent to the server. We should look at monitoring the queries instead of endpoints. While monitoring is one of the critical metrics to measure performance, tracing the requests of the queries would give a lot more data and would be helpful in many ways. In fact, tracing is one of the important pillars for measuring observability along with logs and metrics. If your app is instrumented with tracing you could use tools like Zipkin or Jaeger to monitor logs and traces.

If you are using Apollo-server to build your GraphQL server, it’s easy and straight-forward. Apollo enables us to add a performance monitoring system, through a single line of configuration and brings insights about queries sent to the server.

And in fact, the Apollo-engine gives us wonderful metrics of your requests:

If you are using express-graphql like me to build GraphQL server then, the package from EasyGraphQL should be easy to integrate with:

I’ve implemented the same in our sample repository here. I’ve also recorded a small video to demonstrate in real-time how the tracing works and you could notice the time it takes to execute the query.

❗ I also stumbled upon this wonderful work: A project showcasing benchmark of GraphQL server. So maybe pick one of the options for building your GraphQL server, amongst the list that works for you.

Jmeter is not new to the community and it has been around for more than a decade now. It needs no introduction and we’ll straight jump onto steps to get started. You can test for the performance of your GraphQL APIs in simple three steps:

Step 1: Create a new Thread Group and a number of Threads: 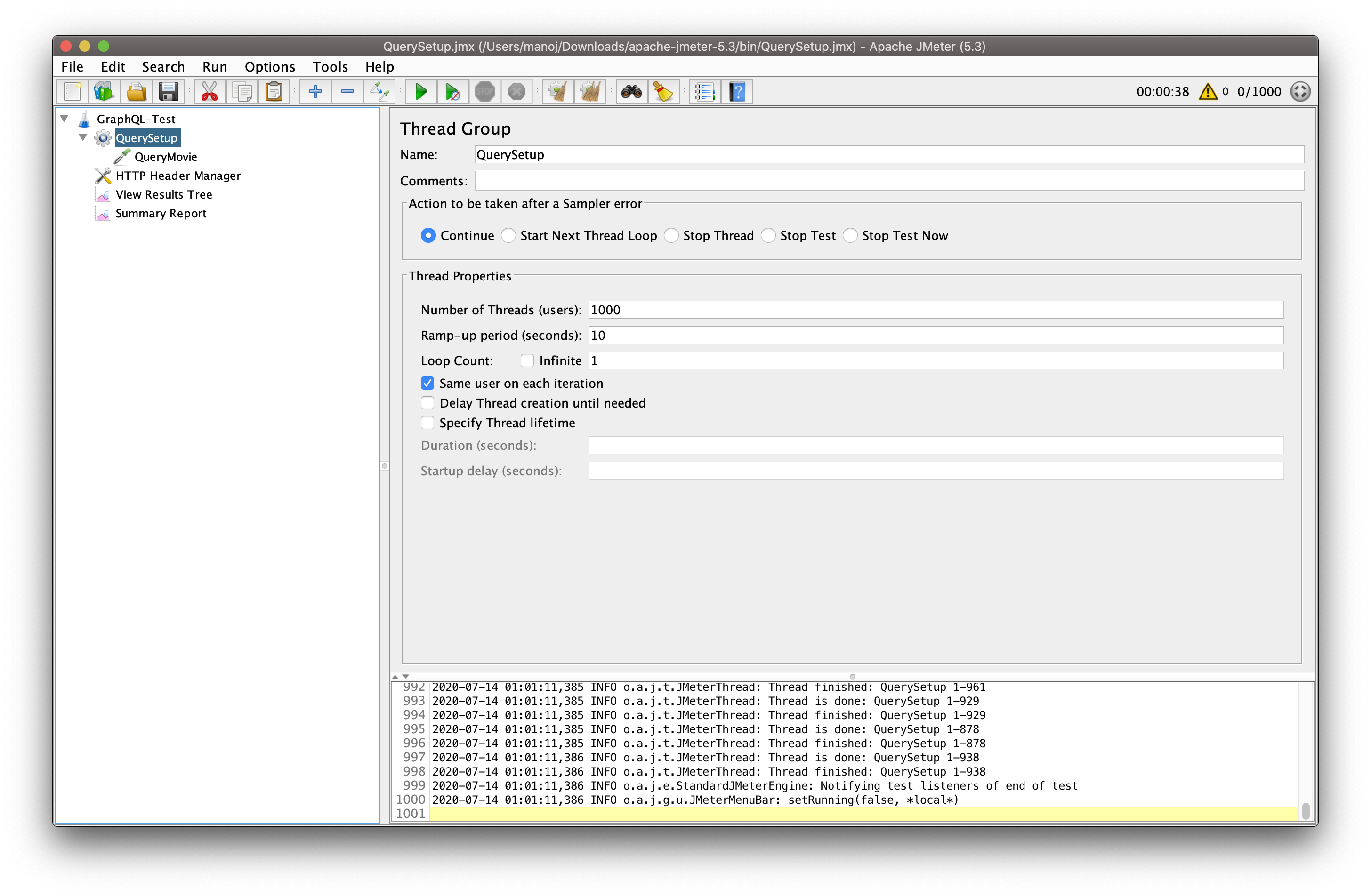 Step 2: Create an HTTP request and add the body parameters and API end-points. If you are using Postman for testing, you could retrieve the GraphQL query in proper JSON format by using code and then cURL option. 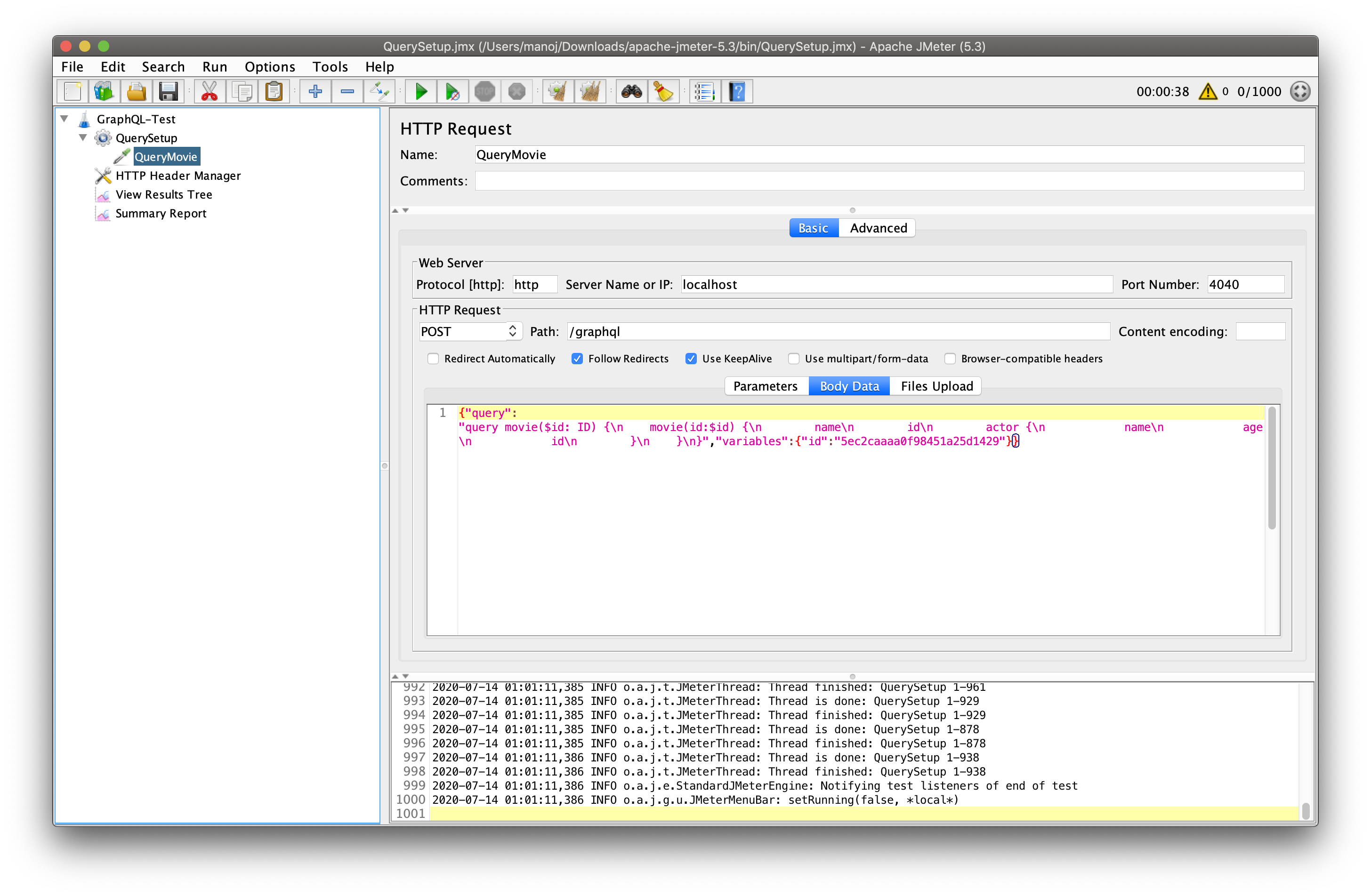 Step 3: Execute your tests within the Jmeter UI or via CLI

The EasyGraphQL helps us here too. They offer two packages a load-tester node module and easygraphql-lt . The latter package can be used with minimal JSON setup. Gatling is another popular open source tool in the performance testing space and you could achieve this in the same way!

Security is often considered as an after-thought process. Practically, the security practices would help avoid these issues and it should be considered on priority. Here are some of the key aspects to look at preventing hackers to send in abusive queries to your GraphQL server:

InQL is a Python based extension and you have two options, the Standalone UI mode and an extension that you can add to Burp Suite. InQL will help us inspect the Introspection Query results and generate documentation and templates for all data types.

Please refer to InQL project documentation to get started. Here is how the documentation and the Burp screen looks for our sample project: 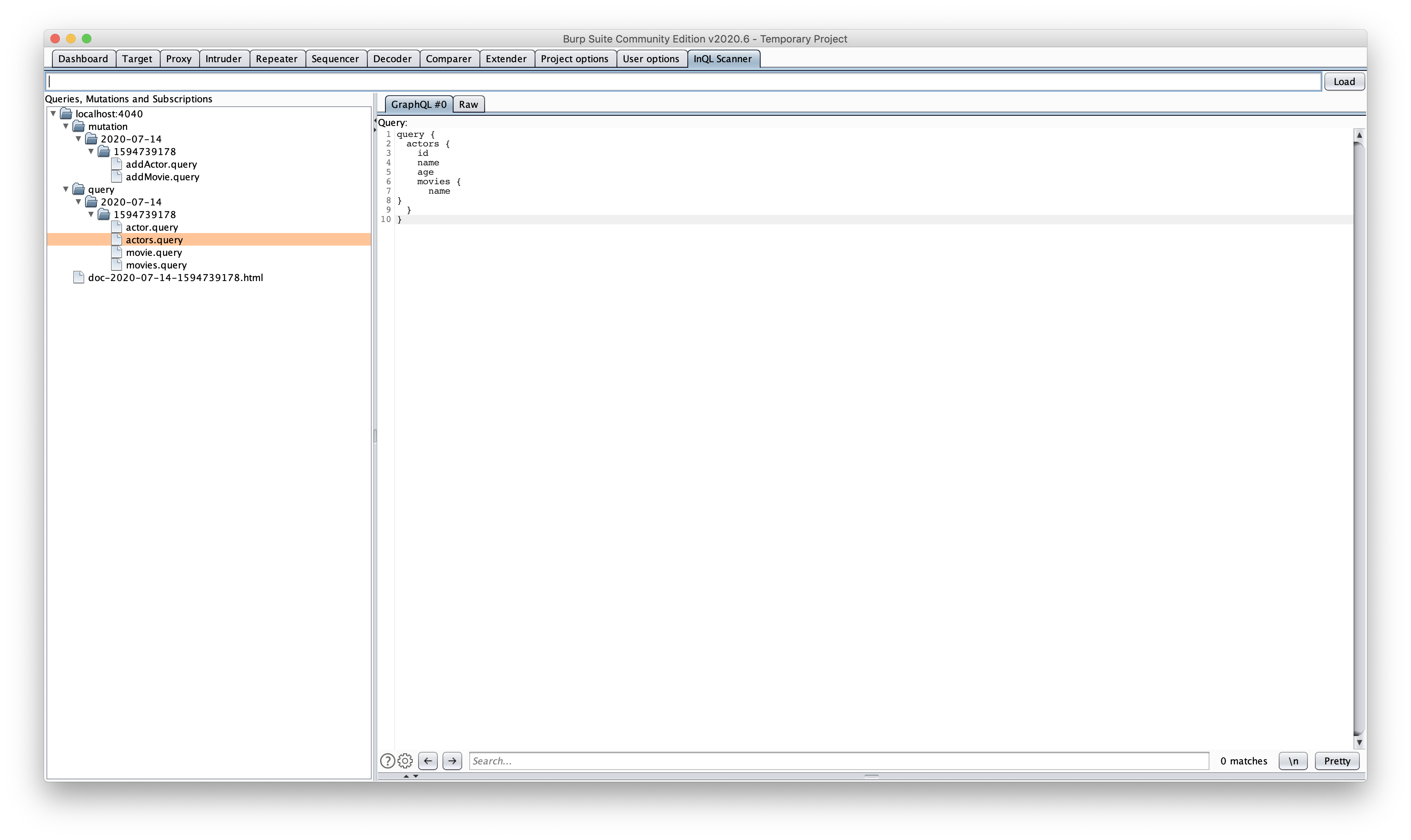 You can send this query template to Repeater and try to trigger the request. This is helpful if your GraphQL queries needed an authentication token. 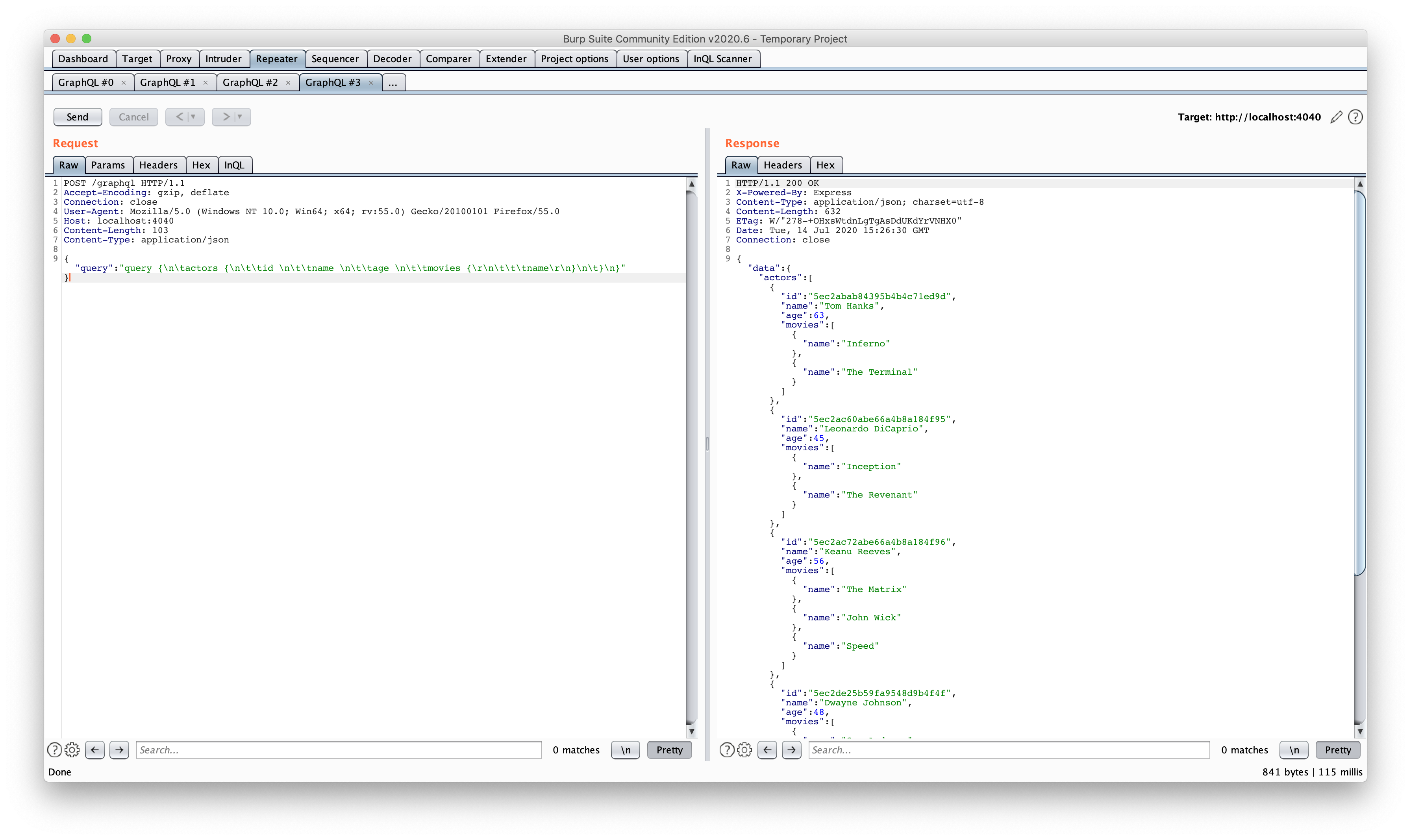 Congratulations! 🎉 You’ve made it up until here. Thank you for your patience. I hope, by now you are aware of some of the cross functional testing techniques that can be followed for GraphQL APIs. We’ve looked at how to perform Performance, Load and Security testing for your GraphQL APIs along with some tracing mechanism too. These practices would help prevent any malicious attacks and help in better performance.

This chapter ends the series of blog posts on GraphQL. I sincerely believe that this series would give some level of end-to-end testing knowledge on GraphQL.