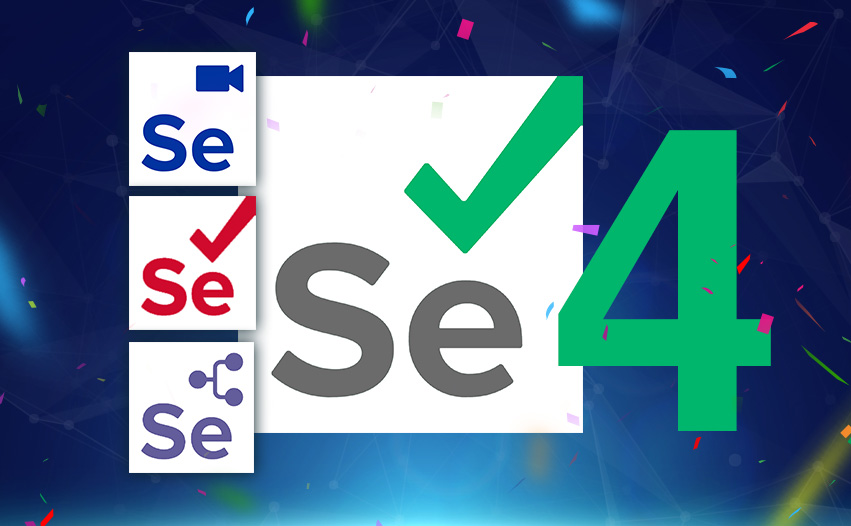 In this series of Selenium 4 articles, we will look into the entire Selenium suite. The suite includes Selenium IDE, Selenium WebDriver, and Selenium Grid. Each component has something new that is useful for automation.

Selenium IDE is open source and available to record then playback our test. The new name is called Selenium IDE TNG (The Next Generation). We can view it as the on ramp to the Selenium family for people without development experience.

Many people wondered what happened to the previous release. Unfortunately, Selenium IDE was only available through Firefox and used an XPI file. XPI is a cross platform compressed installation via Mozilla Application Suite. It stopped working after Mozilla changed from using the XPI file. In spite of the change, we can now download Selenium IDE TNG via https://www.selenium.dev/selenium-ide/ as a Firefox and Chrome extension. The extension is available as a Web Extension but will be available as an Electron app. Electron apps allow us to use the Debugging Protocol.

Also, we can extend Selenium IDE with the use of plugins. Plugins are good for introducing new commands or integrating with a 3rd Party. In addition to the plugins and available for multiple browsers, Selenium IDE TNG has the following features:

Backup Element Selectors is when Selenium IDE records multiple locators for each element. Some examples of locators are ID, XPath, and CSS selector. Imagine a scenario where our test passes as expected, then an update is performed on the application. Depending on the update, the test will fail because Selenium cannot locate the element.

Not anymore 😊 Now our test will pass after an update. If test execution does not locate an element then it will fall back to a different locator until the element is found. Thanks to Backup Element Selectors, one element contains more than one locator.

The Conditional statements are if, else if, else, and end.

The Loop statements are do – repeat if, while, times, and forEach.

Each condition is verified using JavaScript expressions which can be implemented directly in the control flow command. We are allowed to use the execute script or execute async script commands to run JavaScript and store the result in a variable. Here’s a screenshot of some Control Flow statements: 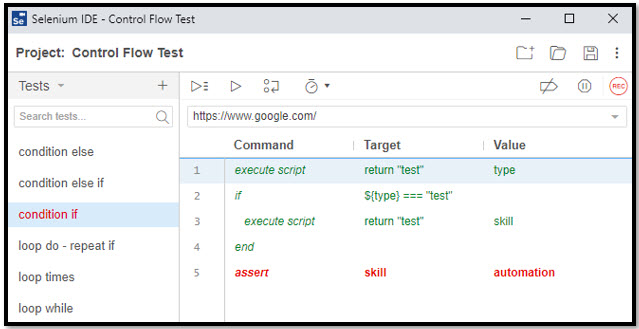 Last but not least is Code Export which permits code to get pushed to Selenium WebDriver and use on Selenium Grid. The steps include right-clicking a test or suite, selecting Export, then picking a language/test framework and clicking the Export button. Currently, Selenium IDE TNG supports the following languages and test frameworks:

Hopefully, support for Java / TestNG comes in the future. 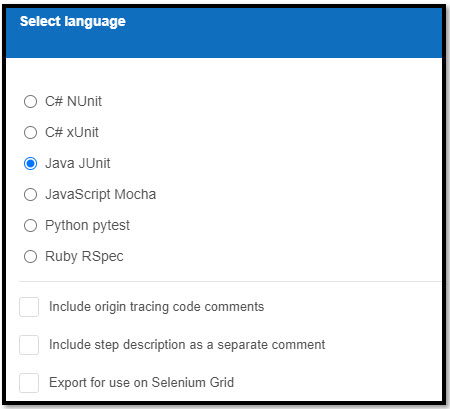 Selenium Grid supplies a way to set up an infrastructure of different browsers and operating systems on different machines. We can specify the browser, browser version, and operating system with Selenium Remote. The tests are distributed across multiple physical or virtual machines so they can execute in parallel.

The original Selenium Grid was released in 2011 and so much has changed with technology. For example, Docker and Kubernetes have made technology more accessible. Docker allows us to run applications in containers instead of virtual machines. Kubernetes allows us to set up a grid of machines. As a result of Docker and Kubernetes, we can scale using a cloud infrastructure. The goal is for Selenium Grid 4 to take advantage of new technology features.

Currently, at start up, the Selenium stand-alone server goes down 1 of 2 code base paths. The divided code bases are getting addressed with a brand-new architecture for Selenium Grid 4. Its architecture includes 4 individual processes: Router, Distributor, Session Map, and Node.

Here’s the operation of Selenium’s Grid 4 architecture. A message arrives to the router then pings the grid. The new session request goes to the distributor which contains a list of current nodes. It’s the distributor’s responsibility to select a node running in the system. After selecting a node to run our test, a session is started with the node. The node responds back to the distributor with a URL of the session app and returns control to the user.

Although the architecture is new, it is similar to the original architecture. Selenium 2 has a Node and Hub whereby the Hub consists of 3 processes (Router, Distributor, and Session Map). Therefore, Selenium 2 and Selenium 4 have the same processes but Selenium Grid 4 separated the Hub’s process.

Observability helps us to trace and log what’s going on with a condition. This leads to a straightforward debugging session with Selenium Grid 4. As a request comes in, there will be a trace ID to assist our debugging efforts. It will not be as difficult to track why certain conditions failed.

Selenium WebDriver is a collection of APIs used to automate the testing of a web application. The supported languages in alphabetical order are C#, Java, JavaScript, Python, and Ruby. Although, Selenium is a family of more than 1 product, when people only say Selenium, they are implying to Selenium WebDriver. 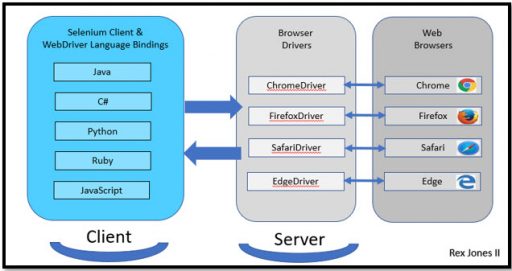 An advantage involves testing applications that will execute more consistently between browsers. Kudos to W3C, an acronym for World Wide Web Consortium for developing web standards. A standardization of W3C promotes compatibility beyond WebDriver API implementations.

Chrome DevTools are developer tools that’s built into the Chrome browser. They can help track what’s going on in the browser, diagnose problems, provide a direct communication line, and can be accessed when right-clicking the page then selecting Inspect. The following panels are displayed after selecting Inspect:

There is also a class named DevTools which helps increase productivity with the following capabilities: 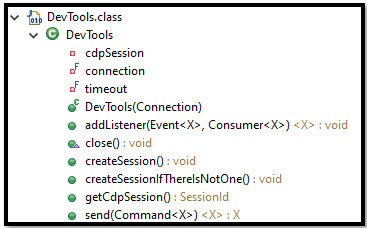 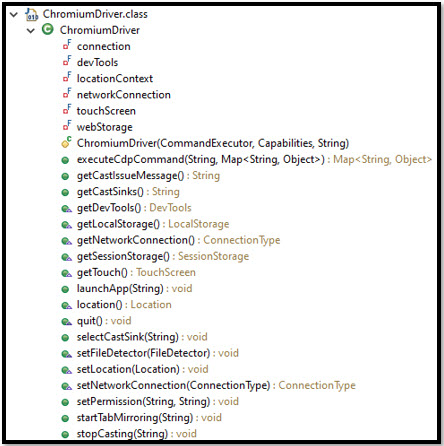 The Change Log for JavaScript indicates “Native support has been removed for Opera and PhantomJS as the WebDriver implementations for these browsers are no longer under active development. For Opera, users should be able to simply rely on testing Chrome as the Opera browser is based on Chromium …”.

For more information regarding Selenium 4, we can view the Change Log to see updates concerning each programming language: