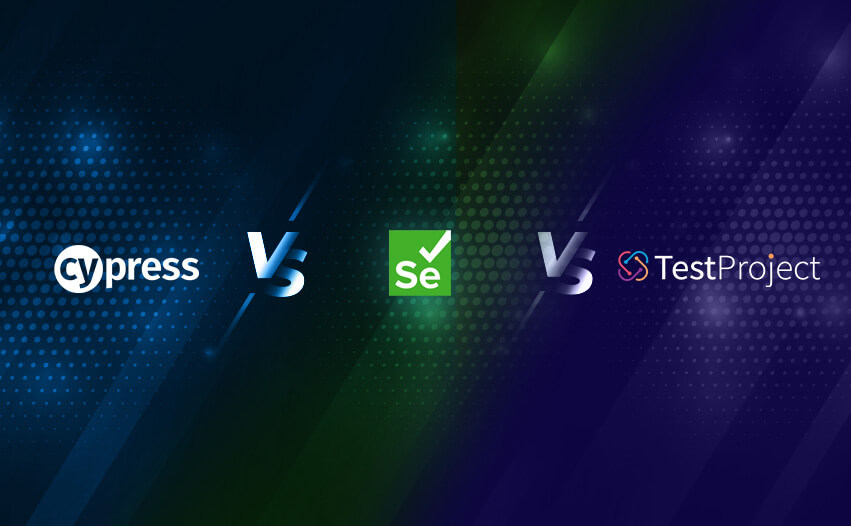 Popular test automation solutions for web applications aim for speed and multiple browser support. But which one is truly the fastest? And which has the widest support for various web browsers? Cypress vs. Selenium vs. TestProject – HERE WE GO! 💥

The TestProject team accepted the challenge and performed a benchmark review by using an identical test case scenario and focusing on the execution speed of the 7 leading browsers: Chrome, Headless Chrome, Firefox, Headless FireFox, Edge, IE11, Safari, all while using and comparing between the following frameworks:

Cypress vs. Selenium vs. TestProject – Which Will Rank at #1?

Well, for all of you who can’t wait till the end of the blog – The “Testing Oscar” for the fastest execution and best performance for the tested scenario goes to: Headless Chrome, Selenium WebDriver and Java with only 1820ms per execution!!! 🥇⚡ The second place goes to TestProject! And the slowest performance was observed with Cypress execution. 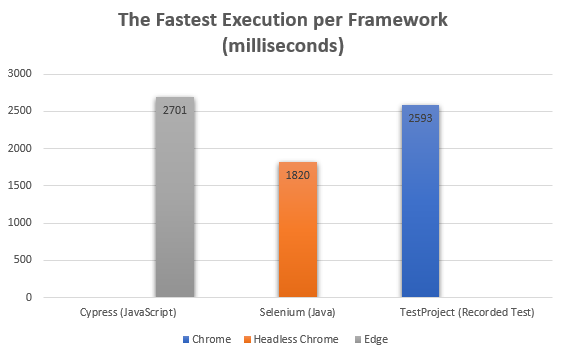 Let’s dive a bit deeper to see the breakdown of the browsers per framework execution time:

Execution Time on Chrome per Framework

As seen in the chart below, the recorded test executed with TestProject had the fastest execution time in the Chrome category! 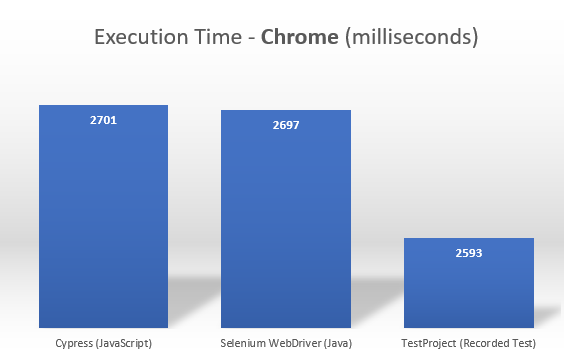 As seen in the chart below, the test executed with Selenium WebDriver and Java had the fastest execution time in the Headless Chrome category. Cypress was far behind and seems to be lacking headless support (as also seen in the Headless Firefox category below). We’d expect them to be around 2-3 seconds … 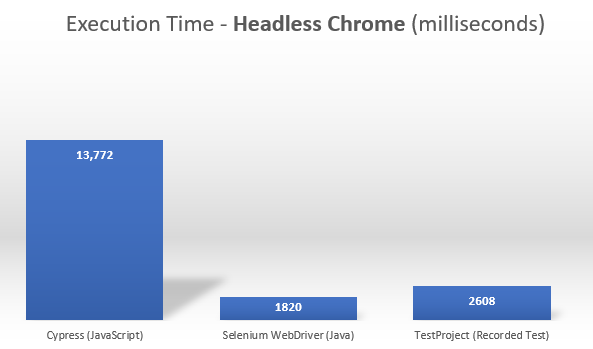 Execution Time on Firefox per Framework

As seen in the chart below, when it comes to the Firefox category – Cypress takes the lead as the fastest framework! TestProject is in second place with Firefox execution speed.

As seen in the chart below, when it comes to headless Firefox execution, TestProject takes the #1 spot as the fastest framework! 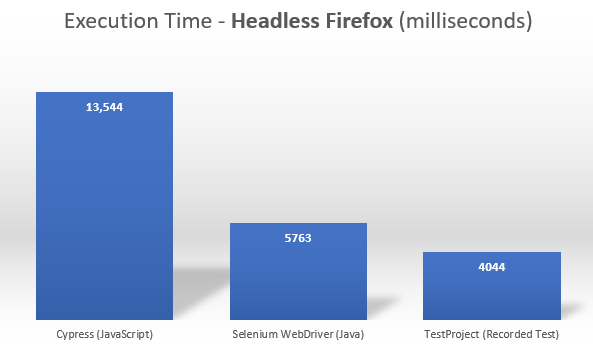 **Important note: Some experts will claim that these frameworks are made for different purposes and use cases and this is probably true. However, we believe that they overlap in their basic functionality and that they have a lot in common, hence some organizations adopt only one of these solutions for web test automation projects.

Oh and not to mention that they ALL aim for speed! SO… We wanted to find out once and for all which one of them is the fastest! 🏃‍♂️✨

Cypress vs. Selenium vs. TestProject – Conclusions

Out of these 3 frameworks we’ve compared – TestProject and Selenium are the ones that provide support for the most complete set of browsers.

While working with Selenium standalone, you need to manually download and connect the web drivers in order to support multiple browsers. Whereas with TestProject, you don’t need to work hard to do so, since it’s all taken care of for you automatically once you install the TestProject Agent. All we needed to do is record our test once, and then had the ability to execute it on any desired browser.

The top conclusions we found are:

Based on this benchmark review and your own experience – Which is your favorite solution for automating your web apps? Share in the comments below! 🙌🧐