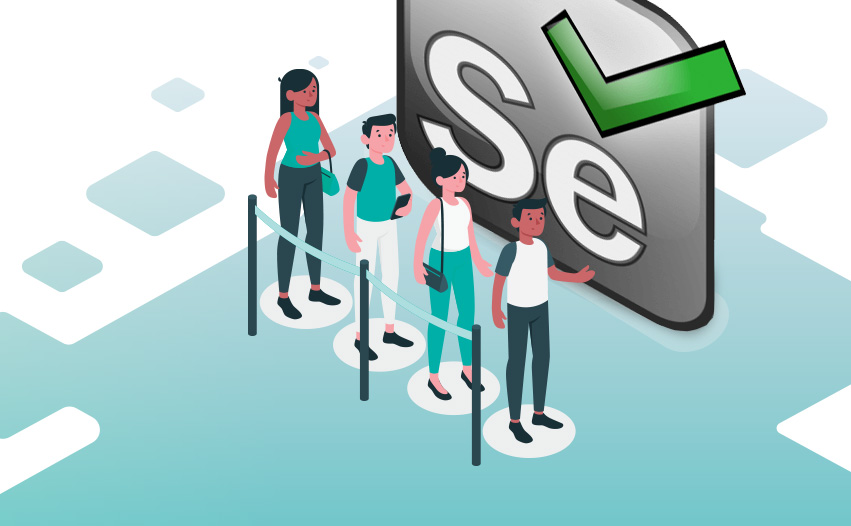 Waits in automated testing are crucial and in any project we have – we will need to include some kind of waiting mechanism in order to maintain the stability of our tests and avoid flakiness. What does that mean? We will want to synchronize between our testing framework/driver/tool (for example, Selenium) and between our Application Under Test (the website).

This is important because sometimes our software can behave differently than usual with timing issues, due to web site latency caused by working with a slow internet connection, or a variety of other reasons…

In case we won’t make sure to synchronize between the systems, our tests will simply fail when the connection is not stable. We should always strive to avoid such issues by adding waiting mechanisms to our code.

Selenium Smart Waits – Let’s Get Up and Close with FluentWait

Anyone who has been playing around with Selenium or has learned a bit automation, and knows how to code – is aware of some simple waits, such as: Thread.sleep and smarter waits such as: Explicit Wait, Implicit Wait, Page Load Timeout. I am NOT going to talk about these waits in this post, but rather in this post I’m going to talk about a smart generic wait named: Fluent Wait ✨

While working with FluentWait, we can define a few “rules” during the waiting time:

Before diving into the code, let’s first see an example of what we want to test. Let’s say we have such a button:

We can identify the button by: id=start2

Then this following text will appear, and it can be identified by: id=finish2

In our test, we will want to click the button and wait until this text: “My Rendered Element After Fact!” will appear on the screen. Since this text will only appear after a few seconds, if we won’t use waits, our test will fail.

The general Fluent Wait code should look like this:

What do we have here? We can see the wait defined with parameters of: withTimeout equal to 10 seconds (this is the upper bound defined for the wait), pollingEvery equal to 350 miliseconds (the frequency the wait will search the DOM) and NoSuchElementException class from which the wait will ignore. What does that mean? 😲

First, let’s understand what happens if we wait for a certain element and it does not appear within the maximal time frame we’ve set:

Therefore, in our case, we can use the FluentWait code in our own function and call it: waitedElement and it will receive locator as a parameter – The same locator that identifies the element we want to search for.

In addition, we can define our waiting variables as global, or alternatively as external variables  (defined in the config file for example).

We can also return the element from the wait function, in order to be able to interact with it later on. For example, this is how we will define our function:

And the call for the function from within the test will be:

Pay attention that I printed the element’s text. In an actual real test, I will want to add it to the assert.

I can also play a bit with the function and define it so that instead of returning the element, it will perform an action on it (and later on I can also report to the log or reports…)

What are you waiting for? 😉

Go ahead and implement such waiting mechanisms within your own tests in order to maintain the stability of your automated tests as much as possible. Happy Testing! 💪