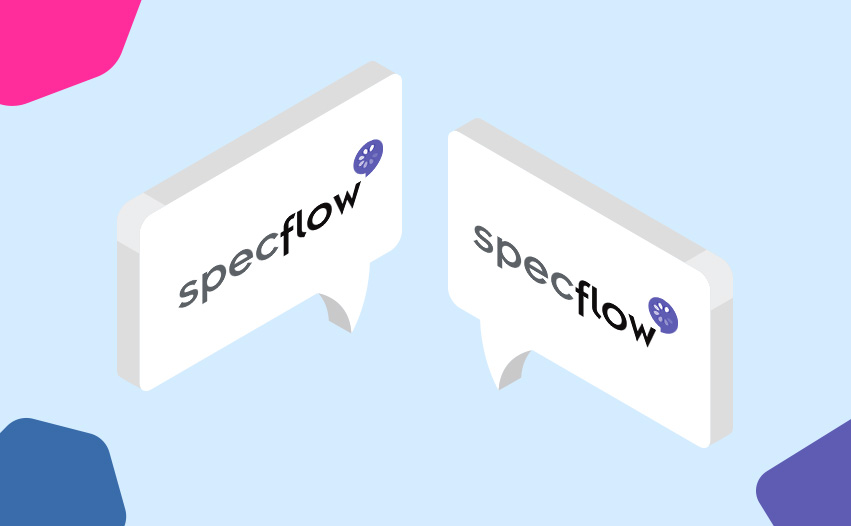 In this series of five articles, I want to help you get started with using SpecFlow in your test automation project. In this chapter, we’ll take a close look at creating more intelligent and flexible scenarios with the goal of creating expressive specifications that support communication about application behaviour and acceptance test goals and results.

In the previous article, we have seen how to set up a SpecFlow project in Visual Studio, how to add a first SpecFlow feature to the project and how to let SpecFlow auto-generate step definitions that implement the steps in various scenarios. In this article, we are going to take a closer look at how steps in SpecFlow scenarios and step definition methods work together, as well as some techniques to make your SpecFlow steps more powerful and expressive.

There are two factors playing a part here. First, SpecFlow will only look for step definitions in classes that have the [Binding] annotation, as shown in the snippet below:

Second, SpecFlow matches steps with step definitions methods inside these classes annotated with [Binding] following one of three strategies. These correspond with the three style options you have when you generate step definitions in Visual Studio (see the previous article).

This is the most versatile matching strategy, and also the one you see in the example above. When selecting this style, SpecFlow adds an annotation to the step definition method that contains a regular expression that matches the step as it appears in the feature file. So, for example, the step:

is implemented by a step definition method that looks like this:

The part between the () brackets in the annotation is interpreted by SpecFlow as a regular expression, and when a step in a feature file matches this regular expression, the associated method is executed. The regular expression above is straightforward, as in: it only matches a very specific step (the one you see a couple of lines above the code snippet), but we’ll see later on in this article how you can leverage the power of regular expressions to create more flexible steps and step definitions.

Note that the actual method name (IUseRegularExpressionsToMatchStepsWithStepDefinitions) is of no influence on whether or not the step matches the step definitions, i.e., the method name can be anything as long as it’s a valid C# method name. For readability purposes, though, it might be useful to give the step definition method a name similar to the actual step. This comes in especially handy when an error or exception is thrown during the execution of a scenario and you’re left with a stack trace to decipher.

Another strategy that’s available to you when matching steps with step definitions is by using specific method names and Pascal casing, i.e., starting every new word with a capital letter.

To give you an example, when using this matching style, the step:

is matched by the following step definition:

Pascal casing-based matching is less flexible than the regular expression matching style, which explains why it’s not used as often as the former.

is matched by this step definition:

The same disadvantages apply here: this matching style does not offer the power and flexibility that regular expressions do, explaining why you won’t see this used as often in practice.

Let’s see some of the ways you can use regular expressions to create more flexible steps and ultimately, make your scenarios more readable and expressive.

In the example feature file you have seen in the previous article, we expressed that we were going to use the Zippopotam.us API to look up locations that correspond to the US zip code 90210. We specified these values in a Given step like this:

which can be matched by the step definition method

But what if you have another scenario that uses different values for the country and/or the zip code? What if you have this step instead of the previous one?

If you would simply copy and paste the existing step definition method and slightly change the regular expression used to match it with a step, you might quickly end up with a large number of step definitions that had really similar purposes and implementations. What you would not have, though, is a maintainable code base.

To handle these situations, you can use the power of regular expressions to make your steps more flexible. So, instead of copying and pasting steps that are expressed similarly, you might create a parameterized step definition instead:

This step definition matches both

as well as steps containing any other value for the country code and zip code, because the regular expression (.*) matches strings that consist of any possible character (expressed by the dot) and of length 0 or more (expressed by the asterisk).

If you want to avoid matching empty strings, you can replace (.*) with (.+), which matches strings with any possible character of length 1 or above (expressed by the plus sign).

When you have installed the SpecFlow Extension, Visual Studio visualizes that the country and zip code are parameterized in this regular expression by italicizing the values in the steps and giving them a different color:

While the (.*) and (.+) regular expressions are very versatile, as in they accept practically any parameter value, sometimes you might want to be a little more strict in the types of parameters you accept in your step definitions. Let’s look at some of the possibilities that regular expressions provide to do just that.

Let’s take a look at this step from the example feature:

You can imagine that it might be useful to be able to reuse this step in other scenarios to verify that retrieving location data for a given combination of country code and zip code results in a different number of locations. However, it doesn’t make sense to accept all possible parameter values, only integer values.

You can do this with regular expressions as follows:

Also, we can now safely set the data type of the step definition method parameter to int, because our regular expressions ensure that only integer values are being passed on.

There’s a negative side effect, however, to making the step more flexible as in the example above. When more than one location is returned by the API, you’ll have to use locations in the step to define your expectations in a grammatically correct manner, not location.

Copying and pasting the step definition with only a slightly different regular expression (only an extra ‘s’) with (presumably) the exact same method body doesn’t make sense either. Instead, you can use the following solution, again made possible by the power of regular expressions:

The question mark ? behind the s character implies that the latter is an optional character, so both steps containing location as well as locations are matched by the regular expression now.

As a final example of using the power of regular expressions in your SpecFlow features, consider this step from the example feature:

In this case, using (\d+) to accept only integer values in your steps may not be restrictive enough, because you only want to allow specific integer values. Regular expressions come to the rescue here, too:

There are many more things you can do with regular expressions in SpecFlow, but I find myself using the above three examples regularly.

In the next article, we’ll be taking a closer look at some of the options provided by SpecFlow to further clean up your feature files and scenarios and avoid repeating steps, in an effort to make your features even more readable and powerful.

The example project used in this article can be found on GitHub: https://github.com/basdijkstra/testproject-specflow.