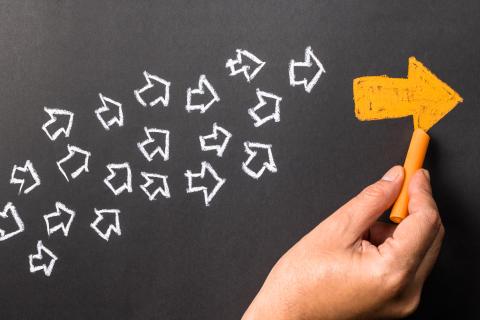 Let’s assume that you are an SDET that focuses primarily on web test automation with a library such as Selenium WebDriver. You are proficient at building an automation framework and using it for automating manual test cases. You had done this type of work for a number of projects already and started noticing that you are repeating more and more the same types of activities.

So, after a while, you start asking yourself – What is next? 🎯

There are many directions that you can take to evolve and expand your career path. Here are my top 5 picks 😉

Any development project has developers and testers. If the testers do not do any test automation yet, they should start doing it.
But before this happens, they need training and coaching in learning a programming language, a unit testing framework and an automation framework.

Since you know all these things very well, you are a great candidate for becoming a trainer and helping others do what you do 🎓👌

2. Diversify the Type of Test Automation That You Can Do

Or how about API automation? In any project, there should be more API automation than UI, so how about looking there for your next step? There are many frameworks available such as Rest Assured for Java, Rest Sharp for C# and you can also use Javascript and Node.JS for it.

There are as many types of test automation as there are types of applications, so you should learn how to do more than one.

Test automation is the most common task for an SDET, but there are many other ways in which the SDET can bring value. Any application that helps either the testing or development teams save time is very useful.

The application could be about:

Any SDET is a developer, so you should try doing development outside of test automation!

Automated tests need to be executed many times per day in a CI/CD environment, ideally for each new build. This is usually covered by DevOps, but is this type of activity not doable by SDETs too?

What is usually involved in running automated tests in CI/CD?

Git and Maven (or their equivalents) should already be well known to any SDET because:

So the jump from SDET to something like TestOps engineer (assuming that this title exists 🤨) should not be a big deal.

All that’s needed is some training on a CI/CD tool (Jenkins, TeamCity, Azure Devops), learning how the add-ons to the CI/CD tool can be used and looking into building pipelines for parallel execution.

Fun fact to easily get you started – TestProject‘s free test automation platform has a built-in integration with Jenkins by using a simple plugin. Check out this tutorial for setting up your TestProject-Jenkins integration and become your own very TestOps within seconds 🚀

An SDET with TestOps skills is not far away from DevOps. If SDETs are typically focused on test automation for apps, DevOps do automation for anything. Servers, environments, load balancers, cloud, virtual machines, and basically anything else that developers need in a project. So why not going there?

Of course, being a DevOps engineer requires Linux knowledge, Bash, Ansible, Chef, Puppet, Kubernetes, and a few others just to name a few. However, this still is a possibility for SDETs that do not want a small change in their careers but rather a big one 💥

Being an SDET does not have to be a career end for anyone. It can also be the starting point of a brand new career!

Share in the comments below what is your next step ❓