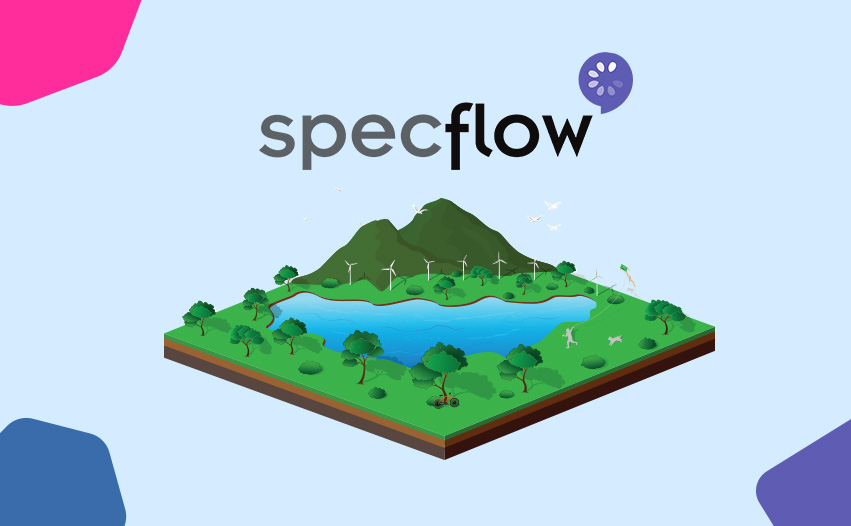 In this series of five articles, I want to help you get started with using SpecFlow in your test automation project. In this chapter, we’ll take a close look at creating more intelligent and flexible scenarios with the goal of creating expressive specifications that support communication about application behaviour and acceptance test goals and results.

What is Behaviour Driven Development (BDD)?

Introduced by Dan North in 2006, Behaviour Driven Development is an Agile software development practice that encourages collaboration between developers, testers and business representatives, such as business analysts or product owners.

One of the main goals of BDD is to create a shared understanding of how an application should behave by facilitating discussion and coming up with concrete examples, expressed in a Domain Specific Language (DSL) using the Given / When / Then syntax known as Gherkin. The other component of BDD is concerned with turning these specifications into automated acceptance tests, and that is where tools like SpecFlow come into play.

This means that there is a difference between using tools like SpecFlow on the one hand and adopting BDD as a process on the other hand. Having done the former (i.e., SpecFlow is part of your test automation stack) does not equal practicing BDD. Now, I don’t mean to say that there’s no value in using these tools when you have not adopted the other aspects of BDD, but it’s a good idea to make it clear what aspect(s) of BDD we are talking about here.

What is SpecFlow and How Does it Support BDD?

Instead, we should say that SpecFlow supports BDD, and it does so by providing a mechanism to turn your specifications into executable code, which can then be used to create automated tests that can be run against the application to verify whether it actually exerts the behavior as has been described in these specifications.

To put it in BDD and SpecFlow terms, SpecFlow turns specifications that are written down in the Gherkin Given / When / Then syntax as scenarios contained in feature files into executable code methods known as step definitions.

Having transformed these steps, expressed in natural, readable language, into executable code, that’s where the responsibility of SpecFlow ends. To further implement your test automation so that it actually communicates with your application under test, you will need to add other tools to your test automation solution.

Some tools that are often used in combination with SpecFlow to form a test automation framework are:

In the previous section above, you have seen that it takes more than just using SpecFlow to write and run automated tests against your application. Having established that, let’s take a quick look at the tools available in the SpecFlow ecosystem.

Besides the core project itself, which is available for free and open sourced under the New BSD license here, the people behind the SpecFlow project have also created a set of extensions collectively known as SpecFlow+. In this collection, you’ll find:

If you’re working with Visual Studio to create your automated acceptance tests using SpecFlow, you will also likely benefit from installing and using the SpecFlow Extension for your Visual Studio version. This extension enables, among other features, syntax highlighting for better feature and scenario readability, the ability to jump from a step to its corresponding step definition and generating skeleton step definitions directly from steps.

We’ll see more about the SpecFlow Visual Studio integration in the next article, where we will see how to get started with using it.