Welcome to TestNG tutorial where I will go into detail all about this powerful test automation framework from start to finish: installation instructions, a list of features and advantages including a comparison between TestNG vs. JUnit, and will demonstrate test writing in the end.

TestNG has various IDE plugins, for Eclipse, IntelliJ and NetBeans. We will cover the installation for IntelliJ – TestNG IDEA plug-in has a similar behavior as the built-in JUnit support and also provides the same output test view as JUnit tests.

The first step is to open IntelliJ and go to Settings> Plugins to check if the TestNG plugin is available. A list of available plugins will appear with TestNG-J: 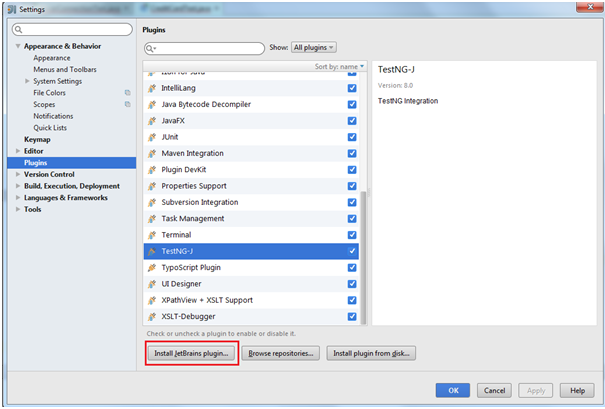 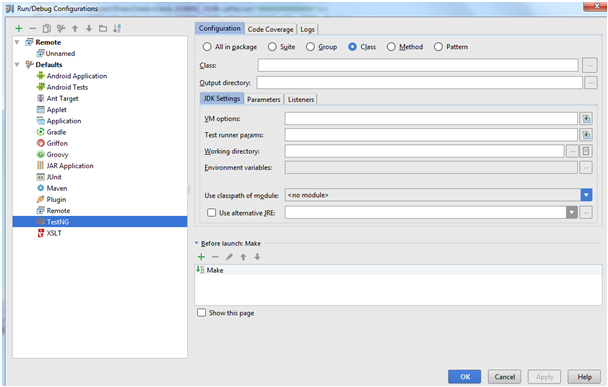 The options for the set of tests that will be running:

Once you have the configuration, you can run it.

Features and Advantages (including: TestNG vs. JUnit)

As an example in this TestNG tutorial, we will have two classes:

In SampleClass we will define two simple methods for string concatenation:

TestSampleClass is intended to test defined methods in first class:

In the given example we introduced TestNG annotations and asserts which are TestNG basic methods used for automation testing. Same as JUnit, TestNG uses annotations to give the special meaning to methods:

TestNG plugin for IntelliJ provides an easy way to execute an automated test. Right click on test class and press Run to start the execution.

After the execution had started, output window will appear on the bottom. Assuming everything is working as planned, all tests will be green, and we will receive the output message “Process finished with exit code 0”:

All tests were successful:

Output message for a successful execution:

We can simply make the test fail, by changing the expected value of a single assert in second method:

In this case, the output will be a little bit different, test method testMergeStringsWithDash failed:

It is also possible to do the export from the console to HTML or XML. After the export to HTML, we get the following report, execution report:

It is important to emphasize that report creation can be provided automatically with TestNG for individual tests or test groups.

-Do share this TestNG tutorial, I had fun making it 😉 . Is TestNG your favorite test automation framework? Which ups and downs have you experienced?